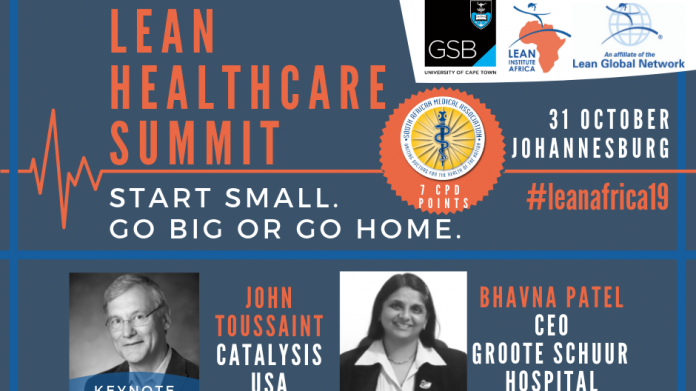 Find out how one public hospital reduced waiting times by 86% and maternal mortality by almost as much — all while going home two hours earlier. Can’t be done? Think again.

What makes most people different from most healthcare systems? Would we agree that the people are only sometimes sick? Does this also apply to the healthcare systems, or do they either have constant niggles or are actually sick most of the time?

Steven Spear, an ex-Harvard researcher and now active in health system improvement, is on record as saying something along these lines: “No one can design the perfect system. But systems speak to us. And they speak the language of problems or unexpected outcomes. If we stop, listen, learn, improve and innovate, we will improve the system.”

Another thing about people and healthcare systems, at least in hospitals, is that we do ward rounds on patients but not on the system. In the ward round, we “stop, listen, learn, improve and innovate” as needs be at each patient. But not for the system.

That is not universally true, of course. And the trend is towards system “ward rounds.” Several speakers at the upcoming — 31st October — Lean Healthcare Summit in Johannesburg will share their growing experience with “process ward rounds.”

It is highly unlikely they will use that phrase. More likely they will use the Japanese word “gemba,” in phrases such as, “Go to the gemba.” In common parlance in Japan, the word is used to refer to “the crime scene.” But in the lean world, it is more mildly translated as “the actual place where the work happens”.

More prosaically, the Lean Healthcare Summit speakers might simply say, “Go see.” During the ward round, the clinical team is visiting, not the “crime scene”, but the scene of the problem — the unwell patient. Similarly, in so-called “gemba walks” when managers “go see” they will visit stages in the healthcare system and assess how “well” they are, engaging with staff in the area, reviewing process data displayed on a visual management board, attentive to problems or unexpected outcomes. Managers and process teams will together “stop, listen, learn, improve and innovate” their “patient” —  the system.

Who are the Lean Healthcare Summit speakers?

There are eight in all, plus two more offering workshops. Three of the eight are international: John Toussaint (former healthcare CEO and then founder of Catalysis), Montgomery Elmer (family medicine practitioner) from the USA and Flavio Battaglia (Director of the Lean Institute, Brazil; via interactive video).

Workshops will focus on the following topics:

Several of these speakers, if not all, will speak of the need for a change in the day-to-day behaviour of senior managers in the healthcare system, what that change looks like and the process for making the change. The habit of routinely “going to see” is part of the behaviour change, as well as cultivating a particular kind of conversation at the gemba, one that elicits improvements from the front-line team and leaving the primary responsibility for problem solving and improvement with them.

A key question the speakers will ask is, “What do you need to do to become the leader of an organisation filled with problem solvers?” Some will report on the joys and trials of striving for this.

People themselves are composites of complex systems: cardiovascular, nervous, lymphatic, etc. Problems arise within and between those systems, requiring years of training and experience for effective diagnosis and treatment of those problems. And, unlike the poor patients of “Doc Martin” (as in the Netflix series), patients expect to be respected as people, not as “composites of complex systems.” The life of the clinician is complex. The system within which they work is similarly complex, and a composite of subsystems: administrative, pharmaceutical, blood, emergency, laboratory, theatres, transport, nursing, infection control, security, etc.

Systems speak the language of problems.

Attending the Lean Healthcare Summit might well allow you to get better at the same, whether clinician or manager.