On Christmas Eve last year, a passer-by in the dark, dank Hillbrow alley found a baby boy. The screaming child was a few hours old and wrapped in a newspaper. He lay in a rubbish bin infested with rats. The person who found the infant was horrified to see that the rodents had chewed the baby's nose off, and also part of his upper lip.

The rats were feeding on the child's fingers when the passer-by discovered him.

After the surgery, no one wanted Christopher. And no one knew who his parents were. So the little boy, who is now 10 weeks old, was taken to Johannesburg's Door of Hope Children's Mission, and then moved to a place of safety.

"Yes, he is alive," said Cheryl Allen, the mission's director. "But he has the most terrifying look in his eyes."

Unwanted babies are often discarded and sometimes left to die by desperate, poor mothers who feel they have nowhere to turn for help. During Child Protection Week alone, from May 28 to June 3 last year, three babies were dumped in Soweto, Allen said. One was left in a plastic bag in a ditch and died after it was accidentally run over by a motorist.

"That's three abandoned babies in just one week last year. How many more didn't we find in the Johannesburg area?" she asked.

Hole in the wall
This is what inspired Allen to create a "hole in the wall" at Berea Baptist Church in Hillbrow in 1999 – a "baby bin", as she calls it – where mothers can safely and anonymously leave the babies they cannot or do not want to keep.

Allen's "hole in the wall" is exactly that: an opening with a flap, in the outside wall of the church, through which a baby can be placed into a container inside. It, however, continues to inspire mixed reactions and Allen is often accused of encouraging young women to abandon their babies.

Such concerns are shared by the United Nations Committee on the Rights of the Child, which last year called for a ban on baby bins, which can be found in several European countries, Russia and in Swaziland.

But Allen remains convinced there is a great need for services such as that offered by Door of Hope.

"We don't by any means encourage baby dumping," she said. "If the baby is a product of rape or you really can't afford to look after it, please leave it in a safe place."

Allen also urged mothers tempted to dump their babies in drains or toilets rather to take them to a place of safety.

"Those are the kinds of children we are trying to save," she said.

Baby dumping and infanticide have come into the international spotlight in recent years. Cases of mothers killing or deserting their babies have made headlines around the world and women have been severely criticised for opting to leave infants in plastic bags or sewers rather than in the care of officials designated to deal with abandoned babies.

In 2011, a Pietermaritzburg mother who dumped her baby was sentenced to seven years, of which five were suspended, in jail.

"Generally, we receive most of our babies from social workers based at hospitals, police officers, or community members or mothers who bring the babies to our homes rather than leave them anonymously, because they want to see what type of care their babies will be receiving," said Allen.

Among the opponents of baby bins is the department of social development, which has distanced itself from Allen and her organisation.

Its chief director for children, Margot Davids, said baby bins "encourage" infant abandonment,  because the children are deposited anonymously without parents having to take any responsibility for them, and without the parents having to leave contact details to "create an identity" for the abandoned children.

But she added that there is dis-agreement about baby bins within the department itself.

"The policy is clouded by the fact that there were some social services professionals who feel that baby bins are more appropriate than having children abandoned in dirt bins," said Davids.

Child Welfare South Africa, a consortium of organisations working with children, is also against baby bins. It said they prevent any "future reunification of the family unit".

"There is no need for [baby] drop-off boxes. Babies are typically delivered to our doors. They are seldom dumped in garbage bins or left on the sides of roads. Mothers want their children to receive care," said national executive director Beatrix Marais.

Social grants – fewer babies being dumped
Child Welfare said there has been a significant drop in the number of babies being dumped in South Africa in the past four months. "This can be attributed to the fact that more grandparents have taken responsibility for caring for the infants," said Delene Ritter, the organisation's Eastern Cape director. The organisation also credits the provision of social grants for decreasing numbers of abandoned infants.

But though opposition is often fierce – in 2008, for example, Out of Africa Children's Fund in Cape Town met stern resistance when it placed a "baby drop-off box" at the Anybody Family Centre in Table View – Allen said the number of baby bins in South Africa has steadily increased.

Some of them have even taken the basic idea a step further: Baby Safe, an organisation based in Cape Town, has implemented an automatic text message system that alerts staff when an infant has been placed in its baby bin.

Thierry Delvigne-Jean, from the UN Children's Fund, called for attention to be paid to the causes of child abandonment, rather than focusing on attacking baby bins.

"Educating girls in particular is the best way to prevent teenage pregnancy. Educated girls are less likely to have children at an early age and they have the power to make reproductive decisions," he said. "Research has shown that keeping girls in school longer reduces the chances of unwanted pregnancies. South Africa has achieved primary education for all. However, it is in secondary education that there is a high dropout rate."

Delvigne-Jean said putting abandoned babies in institutions should be a last resort because they "lack sustainability". More support should be given to extended families and community members to take care of such children.

But some children never receive that help. Without the help of an institution such as Door of Hope, Christopher would probably be dead today.

At his place of safety in Meyerton, near Johannesburg, Christopher's caretaker Mandy Buckley gives him undivided attention. "He's come a long way, is eating better and has gained some weight," she said. "When he first came to us he was very traumatised. His hands were always fisted and he cried all the time. He still cries because his skin itches from the surgery, but he's much better." 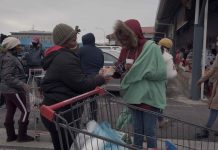 Winter queues and COVID grants: ‘We are hungry and sleep here every day’ 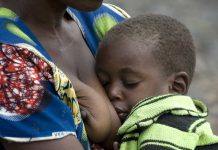 [LISTEN] You bank your money each month, so why not bank your breast milk? 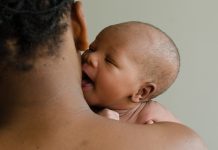 Thousands of babies die each year in SA. This could help save them 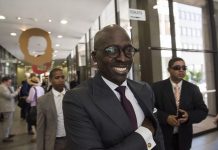 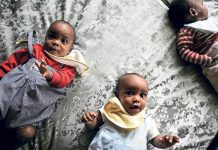 Would you put your baby in a cardboard box? Check out this parenting trend 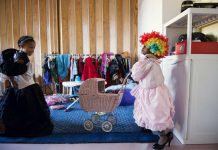 Cotlands resurrected as a haven of hope and learning