The acting clinical manager at the Musina hospital in Limpopo has been sent on leave after the National Education Health and Allied Workers' Union (Nehawu) launched a hospital-wide strike, calling for his dismissal.

Patients, staff members and local health organisations are accusing Dr Allick Msebe Dube of harassing and intimidating staff and patients, refusing or giving inadequate care to patients, corruption and gross mismanagement. Hospital staff claim that at least one newborn died after Dube delayed care to the mother, and a number of rape survivors have been refused care, or given inadequate treatment.

Nongovernmental organisations and hospital staff say that personnel and patients of foreign origin have fared worst, with Dube claiming that foreign-trained doctors are incompetent, and that the hospital's budget doesn't include provision for Zimbabweans (the baby in question was born to a Zimbabwean mother). In total, dozens of official complaints have been filed to hospital chief executive Simon Netshivhambe and the district health manager in Dube's less than two-year tenancy. After last week's strike, Netshivhambe has now also been placed on leave.

At least two civil claims have also been filed against him at the Musina Magistrate's Court, and Médecins Sans Frontières – which provides support to the hospital – has filed an official complaint of misconduct with the Health Professions Council of South Africa, where Dube is a registered practitioner.

While there are rumours that both Netshivhambe and Dube will be re-deployed elsewhere in the province, Limpopo minister for health Norman Mombasa said that "it wouldn't be wise to make any decisions to redeploy [Dube] before investigations are finished". Mombasa promised "this matter will be dealt with as a matter of urgency so that we won't suspend someone with pay for years, but he will also be treated fairly. It is important to investigate all allegations against him to take appropriate action."

How did things ever get so bad?
Born in Zimbabwe to a South African family, Dube and his family moved to the US when he was 17. He studied medicine at the American University of the Caribbean in the British West Indies, graduating in 1982, before practicing in the US.

Public records from the Tennessee Board of Medical Examiners in 2008 show that Dube's medical licence was suspended for six months before he was put on a four and a half year probationary period. Dube then applied for a medical license from the state of Tennessee. After being told by the state board of medical examiners that they "needed evidence of clinical competency" before he could be given a license, Dube subsequently withdrew his application.

Within a year, Dube was in South Africa, first working at the Ethembeni Clinic in 2009, according to a KwaZulu-Natal health department newsletter, before being transferred to Musina Hospital in 2011 with the help of African Health Placements (AHP), an organisation which assists both South African and foreign doctors with placement in South African public health facilities in need.

His time between 2001 and 2009 is murky. The Tennessee Board said he did not have any contact with patients during this period, but a pastor's praiseful blog documenting Dube's work in KwaZulu-Natal says that Dube worked in "several developing countries", including "the Caribbean area, perhaps Haiti, as well as the Soviet Union. There may well have been others." Dube declined to comment for this article.

Saul Kornick, the chief executive of AHP, said "this is the first time in seven years and 2 500 doctors we've never had anything like this". When asked whether the organisation knew of Dube's history, AHP responded that "the process, as with any other healthcare professional that we assist, is confidential. We follow all processes and requirements of the department of health and the Health Professions Council of South Africa."

The KwaZulu-Natal department of health did not respond to repeated requests for information regarding whether they investigated Dube before hiring him. Mombasa said that his department "definitely" did not know of Dube's previous misconduct. "He was appointed some years ago, and we don't know the process for recruitment. This matter will be dealt with as a matter of urgency," he said. Almost all the information the Mail & Guardian has obtained on Dube's conduct is available through official state and university public records on the internet.

Doctors leaving Musina Hospital
Staff at Musina hospital said that Dube's "harsh managerial style" pushed at least five doctors away. According to staff at the facility they have been repeatedly called "incompetent" by Dube.

One doctor, who asked to remain anonymous for fear of retribution, said Dube began writing up complaints of foreign doctors a few weeks after his arrival. "He kept saying things about 'these incompetent [foreign] doctors'. How can you keep working in the hospital then? I decided I can't stay when I'm told I'm incompetent. I'm a hard worker. I've been appreciated everywhere else."

"He really has an issue with foreign doctors," explains a person close to legal cases against Dube. "He's vindictive. He blocks doctors' appointments at other hospitals once they've left." Staff members say Congolese, Ugandan, and South African doctors left the hospital, either because of harassment by Dube, or his refusal to renew their contracts, despite the hospital's need for medical personnel.  One doctor who complained about Dube was soon after redeployed. The hospital is meant to have 20 full-time doctors; currently, only two remain, according to health workers. AHP is expected to place two other doctors at the hospital later this year.

Patients have suffered from Dube's conduct, not only because he has chased much-needed medical staff away, but because he has refused care, or given inadequate care, at least a dozen of reported times. Bonita Ngwenya, the sexual and gender-based nurse coordinator for MSF in Musina, works with the Thuthuzela Care Centre located at the hospital, where she assists victims of sexual assault. She recounts several occasions where Dube verbally abused rape survivors, refused to give them post-exposure prophylaxis, which can prevent HIV, and/or refused to conduct a forensic medical examination, essential for both the patients' medical care and for prosecution against the perpetrator. Ngwenya says that Dube did not follow national guidelines, but instead used his own discretion as to whether, and how, to give care.

Again, foreigners fared worse. On two occasions, Dube refused to let Zimbabwean rape survivors give testimony in their native language, Shona, despite a translator being available. Ngwenya said the patients, speaking in forced English, could not give an accurate account of events. In both cases, Dube said that there was no evidence of rape, and he refused to give both survivors PEP, as well as a forensic medical examination. He also refused care to men, claiming that "males can't get raped", and gave inadequate care to child rape survivors, most recently a five-year-old. When MSF raised complaints to Netshivhambe and the district coordinator, Dube responded by appointing himself as the doctor in charge of the Thuthuzela. As such, he forbade forensic nurses like Ngwenya to undertake forensic examinations, despite the cadre having received government-approved training and being allowed to conduct examinations as per national guidelines.

Complaints ignored
Reinetha Cecilia Liebenberg, a 57-year-old patient, said when she went to the hospital to receive a script for her chronic medication, Dube refused to assist her on three separate occasions. When Dube finally filled out her script, Liebenberg was told by the pharmacist that it had been done incorrectly. "I went back to Dube's office, and said 'Please, I need my medication'… He said 'I am suicidal. I want to cut my throat. I'm going through a divorce and can't handle it. Here's a knife, cut your own throat.' He handed me a knife, and I said 'I suffer from depression and I'm bipolar. If you give me that knife, I will cut my own throat.' I was tempted, that close … Because I wanted help and I couldn't get it." Liebenberg submitted a complaint to the hospital, but never received a response.

She wasn't alone. MSF, hospital staff, and patients submitted a series of complaints to both the hospital chief executive and provincial department of health soon after Dube's appointment. More often than not, a formal response was never received. After months of pleading, the MSF was promised an investigation, but never contacted further. The doctor who left Musina after being harassed by Dube said that when Netshivhambe was approached with complaints, "[he] says … we are lying. He says 'Dr. Dube's a good person' and so on. There's no one to believe you."

It also appears that Dube has changed his birth date on his ID. Using US police records, the M&G has confirmed that Dube's original year of birth, as filed in the US, is 1952. A copy of his new Zimbabwe ID shows his year of birth as 1957. Changing his birth date would allow Dube to stay at the hospital in a senior position for an additional five years.

Musina staff and patients finally feel some reprieve now that Dube has been at least temporarily removed, but fear that he'll come back. Several people noted that Dube has connections with "high-level" officials in the province, and say that these relationships helped him to stay at Musina for as long as he has. Most will feel unsatisfied until he is stripped of his medical license and fired for good. "But this is Limpopo," said a hospital employee, who has helped to submit a series of complaints against Dube. "Anything can happen. It's becoming another province where people can do what they want. It's like it's not even South Africa," he said. 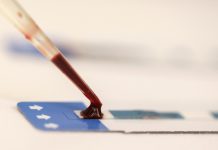 Dodgy doctor gets back top job

Past catches up with ‘candy store’ doctor