The government will finally take over McCord Hospital in Durban, but the facility will remain closed until the deal is concluded early next year.

According to hospital medical manager Jay Mannie, McCord and the KwaZulu-Natal health department will sign an agreement  after a “four-month interim [handover] period”.

According to a joint press release from the provincial health department and McCord last week, a selling price had not yet been agreed on and a new building evaluator will be hired to establish the value of the hospital.

Mannie said staff “are ecstatic and overjoyed at this outcome”.

In September, the Labour Court in Durban granted unions representing workers an urgent court interdict to prevent the board from retrenching staff. Staff members were heavily opposed to the closing down of the facility.

The fate of the hospital hung in the balance after the McCord board turned down an initial offer from government, arguing that the offer was far lower than what the hospital is worth – government offered R55-million but McCord wanted R124-million.

In mid-September, the board announced that the 104-year-old facility would shut down as patient numbers had dwindled and the hospital was running at a loss.

McCord is a private hospital that charges significantly less than medical aid rates and is largely dependent on donor funding.  Last year the hospital’s foreign funding ended, leaving McCord looking to government as its main source of funding. At the beginning of this year the department announced the state grant would not be renewed.

At the end of September negotiations between the hospital and the government resumed. The parties resolved that a team representing McCord and the department would be established to comb out the legal and technical aspects of a takeover that will see the hospital being turned into a state hospital. 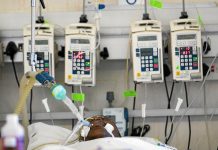 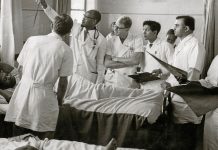