South Africa's health services crisis was ignored in this week's budget, healthcare activists say. Section27 executive director Mark Heywood said Finance Minister Pravin Gordhan's budget sounded more like an election manifesto, which focused on what had been achieved in health over the past five years instead of looking "honestly" at challenges in the sector.

Gordhan said improvement in that period was "best seen in our rising life expectancy, the reduction in infant, child and maternal mortality, and the changed lives of 2.5-million people who now have access to antiretrovirals [ARVs]".

South Africa has the largest state-funded HIV treatment programme in the world, and Gordhan said it would increase by 500 000 people every year.

Heywood said this misrepresented the state of health.

"The reason for improvement in life expectancy and other areas is purely due to the roll out of the ARV programme, about which we are extremely happy.

"But it doesn't tell you anything about the quality of healthcare services, neither does it tell you what is really going on in our country."

White paper
Gordhan announced that the white paper and financing paper on the National Health Insurance (NHI) scheme were complete, and would be tabled in Cabinet.

But civil society is doubtful about whether these documents will be published this year.

"NHI pilot districts were established in every province three years ago, and we know that most of them are health disasters, with very few successes to talk about."

Recommended spend
The government spends more than 8% of its gross domestic product on health, more than the 5% recommended by the World Health Organisation.

"But if you look at the amount of money that's spent on health services, the performance of the health system is still suboptimal," said Laetitia Rispel, the head of the school of public health at the University of Witwatersrand.

The University of Cape Town's dean of health sciences, Wim de Villiers, said the real problem, which wasn't addressed in the budget, was the quality of services being delivered. "What we should be looking at is scaling up our healthcare leadership and management training."

Also presented to Parliament this week was the "people's alternative budget speech", compiled by a group of civil society organisations including Section27, the Rural Health Advocacy Project and the Public Service Accountability Monitor.

Absent issues
The document highlights key issues absent from Gordhan's speech. "Mismanagement of the health system and rampant corruption has meant that budgets are no longer sufficient to support the full range of healthcare services that provinces should provide," it says.

The group said that provincial health departments, especially those in the Eastern Cape and Gauteng, were failing to "deliver on their constitutional obligations".

For example, last year, then ­auditor general Terence Nombembe said Gauteng couldn't account for R12-billion, almost half of the health budget, and was unable to pay service providers timeously.

In September 2013, the Eastern Cape's inability to manage its finances to buy essential medical equipment resulted in a bail-out by the national health department for R15.3-million worth of supplies. 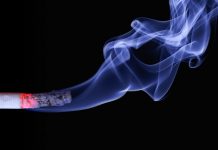 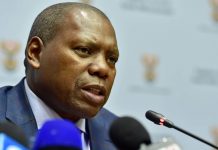 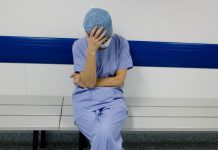 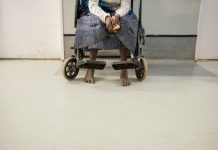 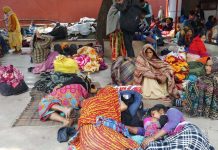