The Democratic Alliance (DA) reported the Free State health department to the South African Human Rights Commission (SAHRC) on Monday, accusing health MEC Benny Malakoane of “gross incompetence” that the DA claims has led to “human rights violations”, such as patients sleeping in overcrowded wards and hallways, medicine and food shortages, and the department’s “failure” to monitor and treat multidrug resistant and extensively drug resistant tuberculosis.

“Malakoane’s gross incompetence [has resulted] in administrative and financial mismanagement, which negatively affects the department’s ability [to] ensure access and to advance and deliver healthcare to the people of the Free State,” the DA said in a press release. Malakoane was arrested in July last year on charges of corruption, relating to crimes allegedly committed while he was the municipal manager at Matjhabeng local municipality in Welkom from 2007 to 2010.

According to the November 2013 report of the pressure group, Stop Stock Outs, the Free State had the most severe drug shortages of HIV and tuberculosis medicine towards the end of that year, with more than half of the facilities surveyed reporting a lack of essential drugs.

The DA has urged the SAHRC to conduct a “comprehensive investigation” into the Free State health department’s “inability to deliver equitable and quality healthcare services at all public medical facilities managed by the department”.

According to the party, three operating theatres at Boitumelo Hospital in Kroonstad have closed down. The party says there are shortages of antiretroviral drugs for HIV patients at Boitumelo and Kgotsong Clinic in Welkom and food shortages at John Daniel Newberry Hospital in Clocolan.

This followed an investigation by the groups that revealed the provincial health department has ran out of stock “of more than 200 essential drugs and supplies at the provincial depot, desperate health workers begging for help and stock outs of supplies needed for critical investigations such as electrocardiographies (ECGs monitor heart activity)”.

“Every hour that passes translates into the lost lives of patients, including children. This is not the first time that the Free State has faced such a crisis. We want this to be the last,” the groups said.

In a press statement, provincial treasury confirmed the “critical shortages of medicines and medical consumables, as well as staffing”.

“The current challenges in the Free State health sector are being addressed systematically with the required urgency to normalise and stabilise the provision of quality health services,” the statement said. 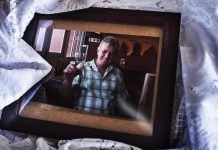