Melody* stands huddled in an oversized jacket. Her hands try to hide her protruding stomach. She hunches down into its folds, trying to make herself as small as possible.

But it is not working. The jacket does not hide the pants pulling over extra padding on her thighs, the fat clinging to her chin and disappearing into her neck, or the fact that, at 21 years old, Melody is health-threateningly overweight.

She is one of the many faces of the growing obesity epidemic.

Other illnesses
The increasing obesity epidemic has major implications for health systems. Research has shown that overweight and obese people are more likely to suffer from diabetes, cancer and heart diseases.

The Lancet paper, with dozens of authors from around the world, found that in 2010 about 3.4-million deaths were caused by obesity-related diseases.
“Not only is obesity increasing, but no national success stories have been reported in the past 33 years,” the authors note.

Melody starts listing on her fingers the things she has tried: high-fat diets, carbohydrate counting, high-protein diets, eating less, doing more exercise.
“I started dieting when I was 11 or 12,” she says.
“If you’re told you’re fat, you will start feeling bad about it. You don’t have to be fat to start off with, you just have to be told you’re fat.”

Science agrees with her. A study at the University of California, Los Angeles, published in the Journal of the American Medical Association Pediatrics earlier this year, found that girls who were told they were too fat at the age of 10 were more likely to be obese at 19.

Researchers studied nearly 2?400 girls of different races and found that “as the number [of] people who told a girl she was fat increased, so did the likelihood that she would be obese nine years later”.

Shame
Melody has often been told she is fat by friends and family members.
“I’m ashamed to be in public,” she admits. “I feel that people [are] judging me, and that people hate me.”
She pats the pockets in her jacket. “I used to need to have pockets to hide [food in], and when I ate, I tried to hide [when I ate, how much I ate and what I ate] as much as possible.”

Melody looks down at her hands. “I know this is not healthy behaviour. But hiding my eating has now become a habit.”
She believes she is addicted to food.

Wilson Compton, deputy director of the National Institute on Drug Abuse in the United States, classifies overeating as an addiction.
“Think of addictions as brain diseases expressed as compulsive behaviour,” he told a seminar at the Euroscience Open Forum 2014 in Copenhagen last month.

“It is continuing to use a substance or behaviour even though it causes [someone] … serious harm.”
But he admits that the science of addiction is not well understood.
“The data suggests that addiction starts during the teen years. It is peculiar for [it] to start after 25.”

Melody makes a distinction between hunger and greed: “The need isn’t about hunger; it’s a food addiction. You know you’re not hungry. This need is ‘Food. I need it, I’m having it.’ I’d class myself as having a mental disorder. I did things that no sane or rational person would do: lie, do horrible things, because the need is so great.”

Melody doesn’t want to elaborate on these “horrible things”. But her father says he once caught her stealing food out of the rubbish bin.

It was while she was on a diet and the food she had access to was rationed.

Addictive behaviour
According to Dr Delon Human, secretary general of the Africa Medical Association, addictive behaviour has similarities – whether it is substance abuse such as alcohol and heroin, or behavioural problems such as gambling and excessive eating.
“There is an overconsumption, cravings, antisocial behaviour, a growing tolerance, so the need for more and more [of the substance or behaviour], and an inability to stop despite the negative effects,” he told delegates at the Euroscience forum.

Melody is under no illusions about how dangerous it is for her to be overweight. And she feels guilty about it.
“I know that I’m letting my parents down. I will get diabetes, and no one will love me, but I can’t stop.”
The consequences of overeating have led to deep feelings of self-loathing for Melody.

These feelings were reinforced by her parents.
“My father told me that I was obese, and that no one would love me if I wasn’t thin.”
Once Melody did thousands of sit-ups to try to make up for snacking.
“I kept wondering if it was going to work and worried about what would happen if it did not work,” she remembers.
“You feel so guilty for what you’ve done, and you need to do something to make up for it – to make up for your ‘sin’ of eating.”

Some neuroscientists question the link between obesity and addiction, however.
“For most people, addiction is a misnomer,” said Sadaf Farooqi, a professor in neuroscience at Cambridge University.

She was also speaking at the Copenhagen forum.
According to Farooqi, “there is no proof that overeating is an addiction”.
She said there is instead a “hyped interest in overeating as an addiction” because there is a link between brain reward pathway stimulation and eating.

Little evidence
Dr Hisham Ziauddeen, from the Wellcome Trust-MRC Institute of Metabolic Science, Addenbrooke’s Hospital, Cambridge, agreed: “While the idea of food addiction is intuitively very appealing, there is actually little evidence so far to suggest that it actually exists in humans.

“It is a very important idea to explore, but it is essential that we have sufficient research to conclusively support it before we hurry to recognise it as a genuine condition and start thinking of ways to tackle and treat it.”

Farooqi’s research group is trying to find out what makes some people, as well as children, obese and others lean.
“They share the same environment, but [some] are much more likely to gain weight than others,” she explained.

“People ask me: ‘Why do [scientists] need to study it? People eat too much and don’t get enough exercise.’ But it’s actually a complex problem and needs scientific study,” she said.

According to Farooqi there are “10 genes in the brain [that we know of] that, if they are not working, will cause severe obesity”.
She said there are signals from the brain, from the fat, from the gut, as well as links to the muscles, where we burn fat, and the liver, where fat is stored. “It is a finely tuned system.”

Director of the American University’s Centre for Behavioural Neuroscience, Terry Davidson, published research in 2012 that suggested a link between obesity-causing diets – high in saturated fat and sugar – and changes in the hippocampus, a region of the brain associated with memory and learning, which may encourage overconsumption of food.

“It is a vicious cycle that may explain why obesity is so difficult to overcome,” said Davidson, who is also a professor of psychology.

Fat working against you
But it would appear that even overweight people’s fat is conspiring against them.

Kirsty Lee Spalding, from the Karolinska Institute in Sweden, studies fat for a living. Using carbon dating techniques, she has found remarkable differences between the fat of obese and lean people.

She compared the number and volume of fat cells in obese and lean people, as well as obese people who had lost a lot of weight.
“If you lose 30% of your body weight, the fat cell volumes decrease, but the number of fat cells stays the same,” she said.

There are also differences in adipose (fat) tissue composition in obese and lean people.
“In obese people, the fat [cells] are older, they burn [off] slower and there is an increased capacity to store the fat. But we don’t really understand why. So we are making a map of how fat turns over in the body,” she said in Copenhagen.

About six months ago, Melody moved into her own place with her boyfriend and some friends. She says “it’s nice not to be accountable for what she eats”, referring to her father.

“You should never have to be accountable to someone else about your weight.”
The diets have not worked, and she has still not lost her excess weight.

Like researchers, Melody is no closer to a clear-cut answer for either the causes of her obesity or a solution. But she still thinks she might be suffering “in part from a mental disease”.

She says she no longer feels guilty when she goes to the fridge to fetch food between meals and at night, but still believes she is addicted to food.
“It’s about filling some kind of hole, and [it will only go away] when that hole is filled.”

Sarah Wild, science editor for the Mail & Guardian, was a guest of the department of science and technology at the Euroscience Open Forum 2014 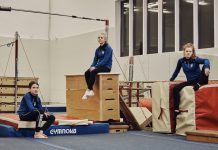 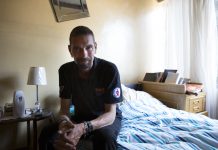 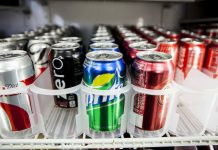 How much sugar do you drink? 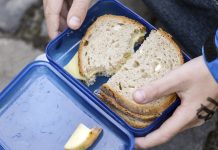 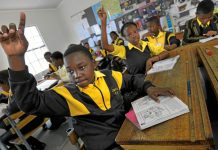 Teachers may be losing the battle of the bulge 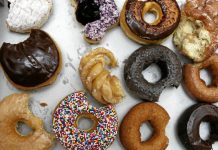 Fact Check: Are South Africans the 8th highest sugar consumers in the world? 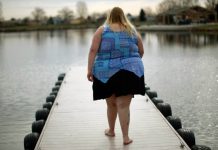 Fact Check: No, SA does not weigh in as the world’s 3rd most obese nation