During a recent consultation with the national department of health on the much-maligned promulgation of the section of the National Health Act that requires institutions to apply for a certificate of need in order to operate, the Rural Health Advocacy Project was presented with a geospatial mapping of general practitioner (GP) practices overlaid on a map of in-facility infant mortality in public sector health districts.

What this mapping showed was that the highest concentration of GP practices was in fact in those areas with the highest rates of in-facility infant mortality.

The purpose of this exercise, it seemed, was to allay the fears of the private sector by saying: “We are not going to ask you to move your practice far from where you live. What we want is for you to start providing services to underserved ­public sector patients who live within a stone’s throw of your practice.”

We are fully behind the department in wanting to draw on all resources within the health sector, public and private, for the benefit of all regardless of their ability to pay. It is not unreasonable to ask GPs in Sandton to provide services to people in Alex. In fact, it is not an unreasonable ask; it is just and part of a broader transformative agenda the country so desperately needs.

Certificate unlikely to make needed change
As things currently stand, though, forcing GPs to obtain a certificate of need is unlikely to contribute to the change that is needed.

What was striking about the graphic, perhaps counterintuitive even, was that in-facility infant mortality rates appear to be significantly higher in largely urban districts and metros than in rural settings. On the surface this appears to contradict the Rural Health Advocacy project’s starting premise that the need for healthcare is often greater in rural contexts because of high levels of deprivation and historical neglect.

In reality, though, the argument makes perfect sense: access to even the most basic services remains so poor in many rural areas that patients either delay seeking care to a point where treatment becomes more difficult and they are then forced to seek services in urban centres, or they do not seek care at all.

So what does this have to do with the recent debates around the certificate of need?

Little appetite
What the furore around the certificate has highlighted is that there is little appetite among practitioners to move to areas that are currently underserved, especially if they are being forced to do so.

This reluctance is reiterated by the low uptake of contracts by GPs in National Health Insurance (NHI) scheme pilot districts as part of the health department’s efforts to contract private providers into the public ­system. According to the department, only about 150 out of the country’s 27?000 registered medical practitioners not currently working in the public sector have taken up NHI contracts, hardly enough to make a dent in the need.

This is not to say there are not many rational reasons for why GPs are reluctant to provide services in the public sector. The public system is stretched to breaking point and in many places is already broken. Constant shortages of equipment, medical supplies, support staff and basic infrastructure create intolerable working conditions.

Keeping doctors who have a mission to serve the poor and marginalised in the public system is hard enough, and near impossible with those who are only nominally concerned about broader social justice issues.

Principle vs pragmatism
Requiring a certificate of need to operate is something the Rural Health Advocacy Project supports in principle, but pragmatically we know that it is too much stick and not enough carrot. There is a greater chance that it will force GPs out of the health system altogether rather than result in the meaningful redistribution of resources to rural areas.

What is needed now is that we create the conditions in rural areas that will attract doctors back into the public system. This not only involves improving facilities and supplies but also the development of social infrastructure, such as decent accommodation and good- quality schooling for the children of healthcare providers.

But the private healthcare sector extends beyond just GPs. And the certificate of need requirement has implications for how private hospital groups function. These groups will have to demonstrate to the health department that there is an unmet need in the locations where they want to establish a facility.

It is unlikely that any of the big hospital groups will support this requirement any time soon if it means that they will be required to build hospitals in Lusikisiki or Hlabisa rather than in Fourways or Cape Town’s northern suburbs.

Market forces
Fundamentally, private hospitals are about making profit for shareholders – they will tell you this themselves. They rely on efficiencies and expensive technologies to attract clients and grow their market share.

The truth is that high levels of deprivation mean that there is no market for medical aids in rural areas and certainly no space for out-of-pocket payments.

Even if the government started subsidising care in private hospitals for rural people, delivering services in rural areas is probably too expensive to make it worth it for the ­private hospital groups.

The cost of infrastructure and supply chain is far higher because of the effect of distance. Dispersion and lower population densities result in diseconomies of scale, which make it more expensive on a per capita basis to provide the same level of services to patients in rural areas as those accessing urban facilities. In rural areas, there are simply no profit margins for hospitals.

Opportunities
There are, however, still some opportunities for the private sector to contribute in rural areas. Most small rural towns have private pharmacies that have relatively well functioning supply chain systems that could, if managed appropriately, help to relieve the burden on public sector pharmacies or get medicines to where they are needed most.

In Kwazulu-Natal and the Eastern Cape the department of health is already using private couriers to deliver medicines directly to facilities and to collect specimens to be processed at pathology labs.

The problem is that these are innovative approaches that are being used to circumvent existing weaknesses within the system rather than as a way to expand access and provide services more efficiently.

To fill in the access gaps made so obvious in geospatial mapping exercises, we all need to take a step back and critically examine why healthcare in South Africa continues to fail the rural poor. We are quick to blame public sector officials for corruption and incompetence but systemic failure is deeply embedded in the historical neglect and injustice that the private sector has been complicit in. That said, achieving equity in health care requires more than blunt legislation that potentially has unintended consequences that further weaken the system.

Beyond GP contracting, it is not clear what role the private sector can play in improving access in rural areas. Beyond propping up weak public system processes, there is little incentive for providing care on a large scale.

Besides, we should really be moving away from the marketisation of health care altogether; profit margins are poor substitutes for social solidarity and justice.

Daygan Eagar works for the Rural Health Advocacy Project as its rural proofing programme manager. The project is a partnership between the Wits Centre for Rural Health, the Rural Doctors Association of Southern Africa and Section27. 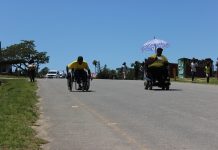 Wheelchairs of thunder: Races with a difference 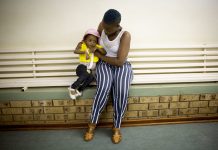 A parent’s place? Meet the women fighting for space at SA’s rural hospitals 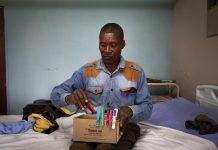 The long walk back to yourself: How this hospital revolutionised rural rehabilitation 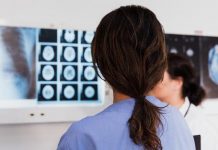 The power, the purse strings and the National Health Insurance