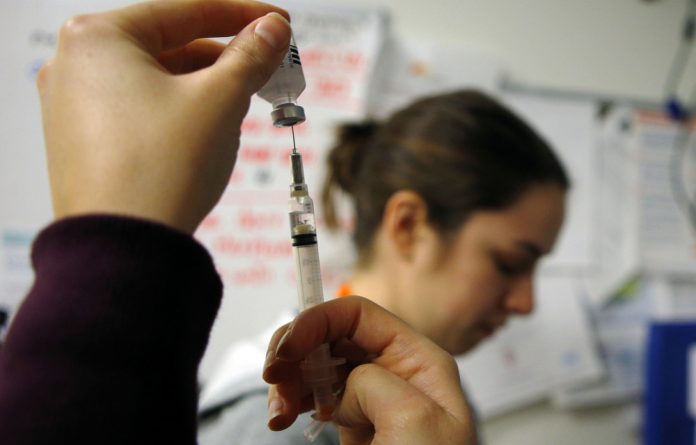 A pneumococcal vaccine introduced into the government’s immunisation programme in 2009 has reduced the incidence of pneumococcal disease, usually pneumonia or meningitis, in South African children under the age of two by almost 70%, according to a study published in the New England Journal of Medicine on Tuesday.

The rate of infection among children under the age of two who contract pneumococcal disease caused by the bacteria specifically targeted by this vaccine declined by nearly 90%.

The study, undertaken by the National Institute for Communicable Diseases (NICD) and the University of the Witwatersrand, compared incidence rates from the 2005 to 2008 period to rates from 2011 and 2012, after the vaccine was introduced.

Combined with diarrhoea, pneumonia is the top killer of children under five in South Africa, according to the Medical Research Council.

The vaccine reduced the number of new “invasive pneumococcal disease” cases in children under two, caused by the bacterium, Streptococcus pneumonia, from 54 per 100 000 children to 17.

Highly effective in HIV-exposed children
South Africa was the first country in Africa to introduce the expensive but effective pneumococcal conjugate vaccine, Prevenar, into its routine immunisation programme funded by the government.

Prevenar has an 85% protection rate against pneumococcal disease, such as middle ear infection, pneumonia and meningitis, but is costly: at the current dollar-rand exchange rate, the government pays about R200 a shot and a minimum of three are needed. Patients in the private sector can expect to pay R700 a dose.

Most other African countries that have introduced the vaccine have done so through the international vaccine access programme, GAVI, that funds it on their behalf.

“The vaccine has also been shown to be highly effective in HIV-exposed children and disease reductions have been observed in both HIV-infected and uninfected children,” said NICD’s Claire von Mollendorf in a press release issued on Wednesday.

The study has also shown that rates of pneumococcal disease resistant to antibiotics have decreased significantly.

Antibiotic resistance has gained attention in the South African media in recent months, but has been a global concern for some years.

Using antibiotics too often or incorrectly can allow bacteria to mutate into resistant strains. Very few new antibiotics are being developed and if the current drugs lose efficacy, even simple infections could become deadly and some surgical medical procedures impossible.

“In fact, the rate of infections resistant to two different antibiotics declined nearly twice as much as infections that could be treated by antibiotics,” noted the press release.

“Not only does it add significant weight to the growing body of evidence that [the pneumococcal conjugate vaccine] prevents disease, but it suggests that vaccines may have a role to play in the fight against antibiotic resistance.”