When I served as a paediatrician in Rwanda’s public hospitals, I devoted myself to building a future where children could reach their full potential without fear of disease.

Today, as Rwanda’s minister of health, I can attest to the great progress our country has made to improve the health of everyone living in the “land of a thousand hills”.

But I also recognise how critical it is to keep pressing onward, not only as a country, but also as a continent.

The recent Ebola epidemic has highlighted what is at stake for all of us if we fail to invest in strong health systems alongside good governance. The need for universal healthcare has never been greater throughout the world, especially in Africa.

Africa is home to some of the fastest-growing economies in the world, but the benefits of this progress have not been felt equally. For far too many, basic healthcare remains out of grasp. Millions of Africans do not have access to health facilities staffed with trained workers, or even to experienced community health workers. Even for those fortunate enough to live near a health facility, many cannot afford to pay for basic care.

Healthier communities
The time has come to commit to making affordable, quality health care the cornerstone of Africa’s development. Several African countries have taken a stand on providing health services to all their citizens, and their efforts are already paying off in healthier communities.

Twenty years ago, Rwanda was a nation devastated by genocide and war. Nearly eight in 10 people lived in poverty, our health system was all but destroyed, and one in four infants didn’t make it to his or her fifth birthday.

Today, even though we still have a long way to go, Rwanda is flourishing. By combining national resources with international donor support, we have developed a system to improve both geographic and financial access to quality basic care for all Rwandans.

Through our community-based health insurance scheme, called Mutuelles de Santé, about 90% of the population has government health insurance, with another 7% reached through civil, military or private insurance. Even in the most remote villages, Rwandans can rely on community health workers to deliver 80% of the preventive and primary care services and connect them to advanced care when needed.

Health without financial ruin
Under this system, Rwandans can access care without fear of financial ruin. The results of this approach, driven by a deep commitment to health equity, have been far-reaching. Since 2000, infant mortality has decreased by 66%, child mortality has decreased by more than 70%, and deaths from HIV and Aids, malaria and tuberculosis have fallen by nearly 60%.

Rwanda’s children were the first in sub-Saharan Africa to receive the vaccines for pneumonia and the human papilloma virus, the latter being funded by the Global Alliance for Vaccines and Immunisations.

In 2007, the South African government committed itself to implementing national health insurance, in order to move the country towards universal health coverage.

It is important that African countries develop models that are informed and influenced by their distinct cultures, histories, populations and settings.

Political commitment
Whatever the approach, health systems should be participatory in nature, ensuring that people provide “buy-in” to the value of having health insurance, as well as a sustained political commitment to scale up these efforts.

Health coverage is a major financial challenge. Millions of Africans suffer financial hardship because of catastrophic expenditure whenever they are sick. According to the World Health Organisation, about half of health care expenses on the continent are paid out-of-pocket. A 2009 study, published in the journal Health Affairs, found that one in every three households in Africa have to borrow money or sell their possessions to pay for health expenses.

No family should have to choose between getting well and going bankrupt, especially when we’ve witnessed what a powerful force national health care can be for stability and economic growth.

When governments invest in affordable health care, the whole population is healthier. There are real economic benefits: there is less absenteeism at work, and the money saved by avoiding these consequences of poor health can be invested in building stronger futures for families and communities. School fees can be paid, new businesses can be started, and households can build their savings.

Two years ago today, the United Nations unanimously endorsed universal health coverage and, since then, more than 70 countries have expressed their support for this goal. Today, we mark the anniversary of this landmark decision with the first-ever Universal Health Coverage Day, a global call to action that has garnered unprecedented support from more than 400 organisations.

As we look beyond the 2015 Millennium Development Goals, African leaders face an incredible opportunity. If we invest in our health systems now – which we know yield an impressive return for the investment – we can build an Africa where individuals, families, and entire nations reach their full potential.

South Africa has a lot to learn from Rwanda about funding healthcare: more than 90% of Rwanda’s 11-million people were covered by government health insurance by 2010, according to a 2012 study published in the medical journal Lancet. This is at an annual payment of a mere $2 a person a year – the biggest part of the cost is subsidised by the Rwandan health department and its development partners, the World Health Organisation (WHO) said.

Yet in 2003 only 7% of Rwandans had access to the government’s health insurance scheme, a recent study in the Pan African Medical Journal states.
As a result of Rwanda’s increased health insurance coverage, some of the country’s key health indicators, such as maternal mortality rate and the number of children dying before their fifth birthday, have dramatically improved.

In stark contrast, South Africa’s health department says only 16% of its 52-million citizens have access to medical schemes. The country only has private health insurance schemes, of which the high premiums sometimes take up as much as 14% of members’ salaries, according to the department.

In 2011 South African Health Minister Aaron Motsoaledi published his plans to establish a National Health Insurance (NHI) scheme in a green paper. The aim of the scheme is to give all South Africans, regardless of their income, access to the same quality of healthcare.

The NHI is to be implemented over 14 years.
Only 11 pilot districts have been launched. This was in 2012.
Three years later, Motsoaledi has come under sharp criticism for not having published a white paper with details on which health services the NHI would cover and how it will be funded.

According to a health department NHI booklet, the money could potentially be sourced from taxes, salary deductions based on income, employer contributions or a combination of these. — Additional reporting by Mia Malan and Ina Skosana

Agnes Binagwaho is the vice chancellor at the University of Global Health Equity. Previously she served as Rwanda's health minister between May 2011 until July 2016. Follow her on Twitter @agnesbinagwaho 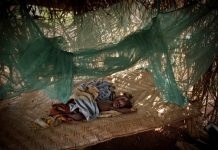 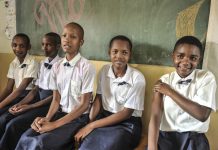 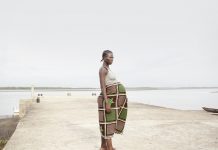 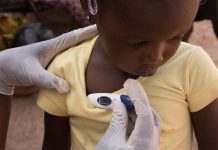 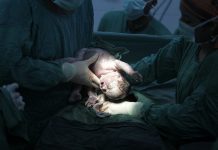 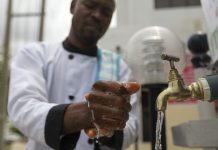