The year 2014 saw one of the scariest infectious disease outbreaks in recent history. Ebola has so far claimed about 8 600 lives of the nearly 21 700 who were clinically ill. Ebola may have hogged the headlines, but a December 19 warning alert of a measles outbreak in South Africa failed to cause much of a stir in the media.

According to the National Institute of Communicable Diseases (NICD) alert, there was an increase in laboratory-confirmed measles cases in Western Cape, Gauteng, Mpumalanga, KwaZulu-Natal and Northern Cape. As of December 4, a cumulative total of 49 laboratory-confirmed cases of measles were reported, compared with six in 2013.

Measles, a highly contagious disease, is a leading cause of vaccine-preventable deaths among children. It is unfortunate that we are still grappling with a disease for which a vaccine was developed way back in 1963, and which should have become commonplace in a country such as South Africa.

Infection and symptoms
The symptoms of measles develop seven to 18 days after infection and include high fever, cough, runny nose and red watery eyes. Two or three days after the symptoms begin, tiny white spots appear inside the mouth, followed by skin rashes. These red blotchy skin rashes first erupt on the face at the hairline and spread downward to the body.

When the rashes appear, a person’s fever may spike up to 40°C or more. The fever usually lasts for three to five days, after which symptoms tend to ease and the rashes fade. But the disease can lead to severe complications, especially in very young children and immunocompromised people, including life-threatening pneumonia, blindness, brain infection and even death.

Measles infection is airborne and spreads by coughing and sneezing the virus into the air. The infectious droplets are active and contagious for about two hours outside the body on surfaces and door handles. Children and adults who are not fully immunised are at risk of infection. Unlike the Ebola virus, with which an infected person may affect two to three other people, measles is much more pervasive in its spread, with a person being able to affect as many as 10 to 12 people.

In South Africa, the measles vaccine is included in the health department’s immunisation schedule and is provided free of cost at all public clinics. The first dose (MCV1) is given at nine months of age and repeated (MCV2) at 18 months. It must be understood that, besides the active immunity gained by immunisation, a high threshold of coverage is critical for herd immunity to interrupt transmission in the entire population.

Global targets
In 2010 the World Health Assembly (WHA), the decision-making body of the World Health Organisation (WHO), endorsed targets for eventual global measles elimination to include:

Greater than 95% immunisation coverage annually of MCV1 and a second dose of measles-containing vaccine (MCV2) nationally and in every district or equivalent administrative unit;
Reduce to and maintain the annual measles incidence of less than one case per million population; and
Reduce estimated measles mortality by greater than or equal to 95% in comparison with 2 000 estimates.

The news of a measles outbreak in South Africa is disheartening and disturbing. Similar outbreaks were reported between 2003 and 2005 and again in 2009 and 2010, when more than 18 000 laboratory-confirmed cases was reported to the NICD.

Vaccination coverage
This situation does not come as a surprise, however, when one looks closely at the immunisation coverage rates nationally and in all the districts. In 2013 MCV1 and MCV2 coverage was suboptimal at 87% and 74% respectively, according to the WHO.

The Health Systems Trust’s District Health Barometer report of 2013/2014 noted that of the 52 districts only 14 reached MCV1 coverage of 90% or more. These coverage levels are way below the recommended 95% target to prevent measles outbreak.

Research has shown failure to achieve adequate vaccination coverage as the main reason for the outbreaks. As one might imagine, South Africa has not been able to maintain the WHA target of less than one case per million population between 2012 and 2014.

One of the drivers resulting in the low measles coverage rate includes complacent parents who do not vaccinate their children against a disease that, until very recently, killed about 500 000 children annually.

False claims about side-effects
The unsubstantiated claims of side effects, such as autism, being linked to the mumps vaccine in the combination measles-mumps-rubella vaccine have resulted in some parents becoming reluctant to have their children vaccinated, frequently until it’s too late.

Similar trends of decreasing vaccination coverage rate have resulted in measles outbreaks in the United States and Europe, which were declared measles-free in 2000. Two weeks ago, 59 cases of measles were diagnosed in Disneyland, California. The Centres for Disease Control and Prevention in the US reported 644 cases of measles in 2014, by far the largest number since 2000. Likewise, large measles outbreaks occurred in Germany, Italy, the Netherlands and the United Kingdom, with about 10 200 cases in 2013.

As measles outbreaks are so closely linked to immunisation coverage of the population, it is pivotal to maintain a high two-dose measles coverage. This can only be done in a sustainable manner by strengthening routine immunisation. Potential challenges to increase immunisation coverage do exist, but these hurdles can be overcome if immunisation programmes are tailored to address the supply and demand side of vaccine uptake.

Supply side issues, such as stock shortages, have been reported as one of the main causes for low uptake of vaccines in many districts. This needs to be addressed so that vaccines are available when people arrive for immunisation. Access to vaccines can also be improved by offering immunisation services at a time and, place that is convenient for residents.

To address these issues, Health Minister Aaron Motsoaledi has recommended the use of mobile immunisation clinics and placing a nurse in every school.

Improve demand
On the other hand, concerted efforts need to be made to increase the demand for vaccines. A possible strategy to increase immunisation uptake and coverage could be to create advocacy around measles vaccination by involving the department of health and local healthcare workers.

These efforts should be targeted at marginalised, affluent and religious groups that resist vaccines. In addition, discussions should be held with religious leaders and traditional healers to encourage acceptability of vaccines.

Legislation that links compulsory school education to immunisation go a long way to improve the demand for immunisation. Although such legislation is in place, it is inadequately enforced and monitored.

Success stories from other countries that increased demand for vaccine include Mexico’s Progresa conditional cash transfer scheme, which led to a 3% increase in measles immunisation rates of babies aged 12 to 23 months in just over a year. In Australia, families are required to have children fully immunised before they can receive the family tax benefit.

A similar strategy could be used with South Africa’s unconditional child grant schemes.

These recommendations are some of the long-term strategies that could improve immunisation coverage in South Africa. But, as the perils of a measles outbreak seem imminent, it becomes imperative to address the low vaccination coverage within the population, along with the effective management of every measles case.

It is time, yet again, to redouble efforts to prevent an outbreak for which a vaccine has been available for more than five decades.

Abha Jaiswal is a researcher with Priceless SA (Priority Cost Effective Lessons for System Strengthening in South Africa) at the University of the Witwatersrand’s school of public health. 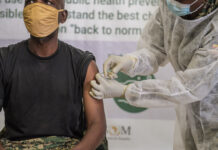 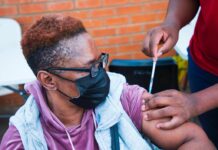