Free State health MEC Benny Malakoane will visit the Dihlabeng Regional Hospital in Bethlehem within the next two weeks after “numerous calls for his intervention” and to “ensure stability of service provision”, his spokesperson, Mondli Mvambi, told the Mail & Guardian this week.

In an article on March 20, the M&G revealed the horrific conditions at the hospital as well as the contents of a letter that doctors at Dihlabeng wrote to Health Minister Aaron Motsoaledi in January.

They said Dihlabeng has only a quarter of the staff it requires and that essential medicines and consumables regularly run out, leading to patients dying. They also complained that Motsoaledi has not responded to their letter.

Since the publication of the story, several doctors have called the M&G to report that representatives of the national health department and the Office of Health Standards Compliance (OHSC) have visited Dihlabeng. They said the hospital’s acting chief executive has also been instructed to make lists of broken equipment and medicine that is out of .

The health ministry’s spokesperson, Joe Maila, confirmed that the department had sent a team “to make some assessment[s]”.

“We are also pleased that the OHSC has acted swiftly,” Maila said. “The office has been established to do exactly that – to inspect facilities, even without prior arrangement.”

Complaints valid
The health standards body has found that the complaints of the doctors are “generally valid”. “We will be making recommendations soon,” the office’s Carol Marshall said.

But in his provincial budget vote speech on Tuesday, Malakoane accused the M&G of “sensationalist” reporting and “going into a frenzy” in an effort to undermine his leadership. “In all articles of a particular newspaper … one would struggle to find anything positive about healthcare in the Free State under my leadership. I challenge people to draw their own conclusions”, he said.

“Is it a coincidence that in the past few days [before the MEC’s budget vote speech] the same thing has happened?”

The MEC did admit however, that Free State hospitals, including Dihlabeng, are experiencing severe budgetary constraints because of accrued , making it difficult to appoint enough staff and pay suppliers.

He said that at the beginning of the 2014-2015 year Dihlabeng had accruals of 83% of its budget. According to Mvambi, this “in effect means that Dihlabeng started the year with only 17% of its budget available, as 83% of it had to be used to pay expenses of the previous year”.

Financial constrains
In 2014, the Free State health department, which had racked up of R700-million, was placed under the administration of the provincial treasury.

According to Mvambi, part of the reason for the province’s financial problems is that it doesn’t get the “fair, equitable share [in financing]” that it deserves. The local government equitable share is an unconditional transfer of nationally raised revenue to municipalities to enable them to provide basic services to poor households.

“We are challenging the formula of equitable share, which does not account for spatial features of provinces,” he said.

Malakoane warned in his budget speech that, because of a decrease of R148.685-million in the Free State’s equitable share for the 2015-2016 financial year, the provincial health department would not be able to deliver “all the activities as they appear in the annual performance plan”.

But the Free State health system is not crumbling, as the M&G’s articles implied, Malakoane insisted.

“I can stand in front of this august house today and unequivocally declare that there is no implosion and the health system is not ­collapsing,” he said in his budget speech. 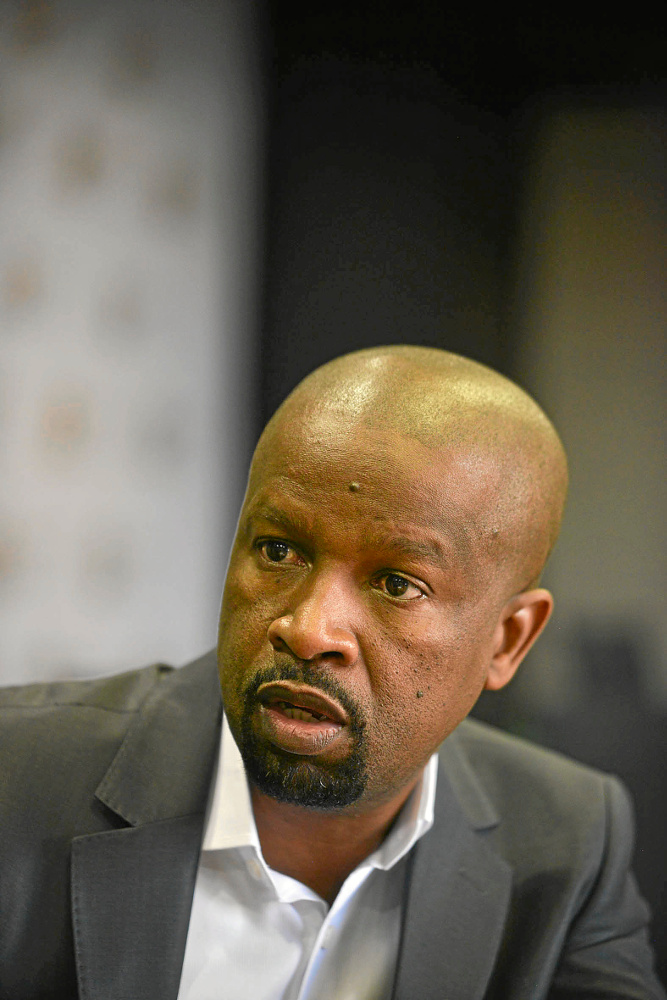 Another patient ‘killed by poor treatment’

“While my mother was lying in Dihlabeng Regional Hospital in Bethlehem in the Free State, my sisters never told me that there were large worms coming out of her wounds,” Frans Makoetla told the Mail & Guardian this week.

“They only told me a few months after she had died. It’s because they knew I would take it further. And now I’m going to do just that – I’m going to open a case of medical negligence.”

Makoetla contacted the M&G after it published an article last week about Maritsa Balanco, who is filing a case of medical negligence against the Free State health department. She believes her husband, Frik, died at Dihlabeng in January because of “lack of staff and medication” and “horrific conditions” at the hospital.

But in his budget vote speech on Tuesday, Free State health MEC Benny Malakoane warned that it has become “fashionable for some professions to gravitate towards health in search of their sectarian wealth creation through the costs of litigation”.

“It is for this reason that … [we will] bring drastic measures to tackle this issue and we are commencing with such measures with immediate effect in our hospitals and clinics and transgressors will be held accountable,” he said.

Stock outs
Doctors have confirmed that Dihlabeng regularly runs out of medication, such as the special antibiotics and intravenous medicines that Frik Balanco needed.

“I was very touched by the story of the late Mr Balanco,” Makoetla wrote in an email to the M&G. “It took me back to middle March last year when my mother was admitted to the same infamous hospital.”

When the M&G contacted him after receiving the email, he said that, for most of the three weeks his diabetic mother spent at Dihlabeng, she was attended to by a medical intern who was always unsupervised.

“I’m 100% sure about this, as the professional nurse on duty confirmed it to me and my sister,” he said. “There was rarely a doctor on duty there that could help us.”

A medical intern is a graduate who has to complete a two-year internship before being able to register as a doctor. By law, interns are not permitted to treat patients without being supervised by a registered doctor.

In the M&G‘s story last week, Dihlabeng doctors voiced their concern that the Health Professions Council of South Africa could revoke their licences because of the “illegal decisions” they were forced to take as a result of chronic understaffing.

Makoetla’s mother was admitted to Dihlabeng after she complained about a sore on her left foot that wasn’t healing. She was referred to the hospital by a doctor in the Free State farming town of Marquard.

“The intern at Dihlabeng told us they would have to amputate my mother’s foot because there was infection that would spread to the rest of her body, so we signed the consent forms. But the amputation never happened, because someone then decided the foot would heal by itself,” Makoetla said.

About three weeks after her admission, Sophia died. “Within two weeks, she went from talking and laughing to not being able to eat or open her eyes,” Makoetla said. “When we, out of desperation, sent the GP who referred her to Dihlabeng to the hospital to visit her and look at her file, he told us the blood and skin samples that were taken from her foot to analyse what was wrong were never sent to the lab. He said she received the wrong medication.”

Makoetla said his mother had bedsores “all over her body” because the nurses rarely turned her. “A diabetic person is more prone to developing wounds that don’t heal quickly, so they have to be turned more often. That obviously didn’t happen to my mother. Instead, we got worms crawling out of her wounds and a hospital room infested with flies.