When Lettie Mabena* turned on to her side, she felt something furry in the bed next to her. She felt the small lifeless body of a dog.

But she was only dreaming.

“I woke up sweating. My heart was beating fast; I was short of breath. I felt very hot and had to undress and drink water,” she recalls.

“Since I stopped taking my mental health medication, I have bad dreams every night. My partner knows when this starts he must give me water to drink and then I can calm down and sleep. That’s my routine now,” she says.

Mabena, who lives with her fiancé and daughter in Daveyton, Gauteng, suffers from anxiety, the remnants of an abusive relationship that ended three years ago. She was put on medication to help prevent panic attacks.

“It also helped to stop me from having nightmares,” she says.

No drugs
For three months, her pills haven’t been available at the Daveyton clinic; her panic attacks are back. “I don’t know what will happen to me: they say we mustn’t skip our pills, and we must drink them the right way.”

The South African Depression and Anxiety Group says it deals with cases like Mabena’s every day. The group’s Cassey Chambers says: “The other day we received a call from a patient at a state clinic who couldn’t get medication for her anxiety and depression because the dispensary in Hillbrow didn’t have a driver available to deliver [it] to the clinics. This made her more anxious … It might even cause a relapse.”

Chambers says the shortage of mental health medication has a ripple effect on patients who spend money to go the clinic, only to be told it is not available and they should come back another time. Patients with jobs must take time off work whenever they go to the clinic.

“It can be devastating for a family if someone can’t get their medication. Imagine if you had a patient with diabetes and you said, ‘Sorry we don’t have your medication for the next month.’ It’s the same with a mental illness and it has dire consequences.”

Chambers says South Africa doesn’t have resources to meet the demand for mental healthcare. “Our call centre is incredibly busy with people who need treatment. But there aren’t enough hospitals, doctors or clinics. Not every community clinic has a psychiatrist or a psychologist.” 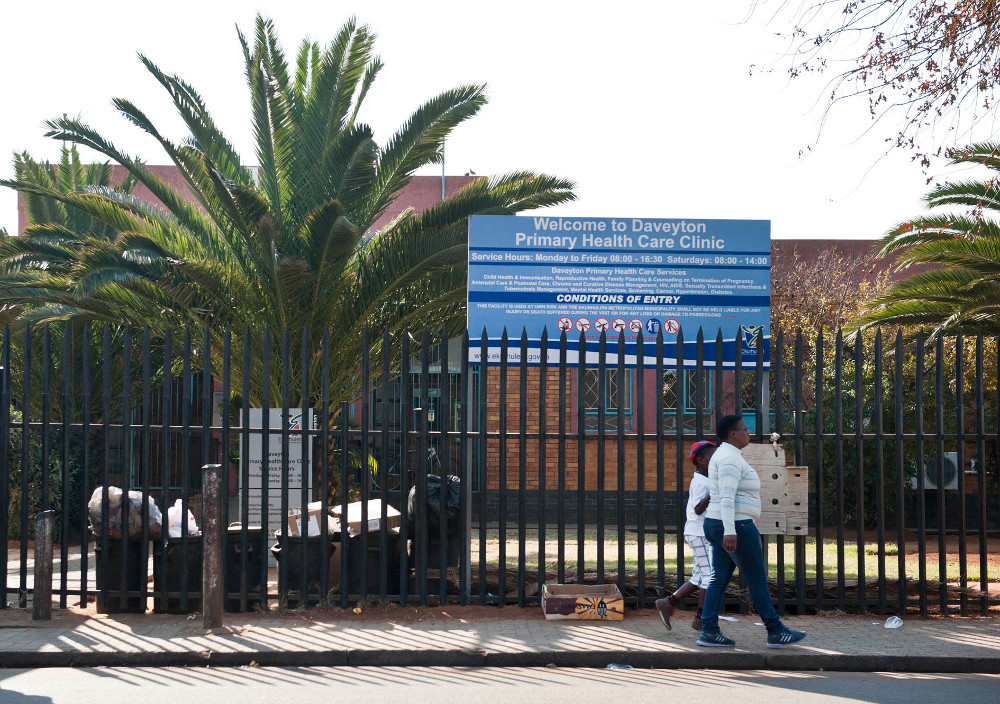 Shortages: The Daveyton Primary Health Care Clinic is one of the many centres affected by
stock-outs, rendering it
unable to dispense
psychiatric and other medicines to patients

Widespread
One in three South Africans will experience a mental illness or disorder in their lifetime, according to Health Minister Aaron Motsoaledi. The South African Federation for Mental Health estimates 8 000 people commit suicide in the country each year. Health patients such as Mabena, who are also HIV positive, are most affected by the unavailability of medication for mental illnesses.

“Sub-Saharan Africa is confronted with frightening HIV statistics and it is estimated that half of HIV-infected patients have a mental illness,” according to a Southern African HIV Clinicians Society 2014 publication.

There’s a correlation between mental health and HIV. “Mental health problems, including substance-use disorders, are associated with increased risk of HIV infection and, conversely, some mental disorders occur as a direct result of HIV infection,” the World Health Organisation states.

Mabena says she reported the medicine stock-outs to the Stop Stock Outs project and clinic management.

Self-medicating
Until the problem is solved she says she will take matters into her own hands. “I drink lots of supplements and vitamins for energy … I don’t sleep much. Without my mental health medication, I sleep so little because of the nightmares I get.”

Pharmacists warn that patients such as Mabena who are on HIV treatment should avoid vitamin supplements as they could negatively affect the efficacy of their ARVs.

“I don’t have proof [of] how safe I am. But the only thing I tell myself is it’s a supplement, it doesn’t drain the ARVs, it doesn’t detox. There is another one I drink for stress and fatigue if I get tired. There’s just a lot of stuff that I take. I even use Allergex [an antihistamine] to help me sleep,” she says.

When asked if she was afraid the self-medication might affect her ARVs, Mabena shrugs.

“Being scared is not going to help. At the end of the day I want to feel alright. If it means I must drug myself sometimes in order to fall asleep, what must I do?”

The Gauteng health department says it has not received reports of shortages of mental health medication. Its spokesperson, Steve Mabona, says facilities receive their orders for the beta-blocker Propanolol directly from the pharmaceutical company that supplies the medication. He says the depot received the antidepressant Citalopram on May??27 and June??8, adding that his department has not received reports of the shortage of this drug. He says he will check with the Daveyton clinic “as we have stock” available.

* The woman was willing to be identified, but Bhekisisa has chosen to protect her from potential discrimination by not using her real name