Ongoing violence is the biggest threat to the rehabilitation of mental health patients in the gang-warfare ridden Cape Town township of Mannenberg. It is also the reason why mental health intervention has limited success, according to a report released by the Trauma Centre for Survivors of Violence and Torture on Tuesday.

The report’s authors analysed the client files of 323 patients of a mental health programme run by the The Trauma Centre, Western Cape Department of Social Development and the Mannenberg Development Co-ordinating Structure between September 2013 to May 2014. Counsellors, teachers and community leaders were also interviewed.

All of the adults analysed had symptoms of post-traumatic stress disorder, which the US medical treatment and research organisation, Mayo Clinic, defines as “a mental health condition that’s triggered by a terrifying event” with symptoms such as flashbacks, severe anxiety and uncontrollable thoughts about the event, which can negatively impact on a person’s functioning.

In Mannenberg, post-traumatic stress disorder impacts on more than the adults who suffer from it – the negative consequences extend to their children, as “parents who are constantly exposed to violence, and other challenges, are likely to have a gradual erosion in their capacity to provide support for their children”, according to the report.

The report emphasises that, shortly after people access mental-health services, they are likely to experience traumatic events again due to the gang violence in the area, and they therefore repeatedly display post-traumatic stress disorder symptoms.

More than half of children analysed for the report displayed trauma symptoms with traumatic events described by the authors as “experiences that place excessive demands on people’s existing coping strategies and create severe disruptions to many aspects of psychological functioning”.

Sixty percent of children said they were “jumpy or easily startled”, 55% felt “irritable” and had “fits of anger” and over half said they were not able to concentrate, which “adversely affects school performance”.

The authors note that “traumatised children [are] vulnerable to school failure and drop outs” and those who “drop out of school are at greater risk of gang involvement, criminal activity”, exposure to violence and becoming perpetrators of violence themselves.

According to the 2011 census only 26% of people over 20-years-old in Mannenberg had completed high school while, in the Western Cape province as a whole much more (42.5%) people in this age group had successfully finished grade 12.

Executive director for the Trauma Centre, Valdi Van Reenen-Le Roux said that the government and civil society have a responsibility to address gang violence so that the rights of citizens can be upheld. The organisation has called on the provincial government to set up a commission of inquiry to investigate what efforts they have made to prevent gang violence in the Western Cape. 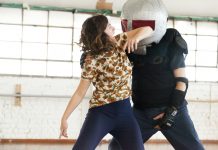 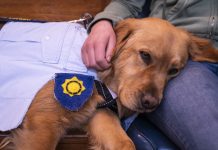 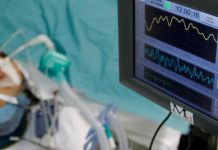 This is what it’s like waking up during surgery