Virginia Human (57) sipped slowly from a mug of coffee given to her by staff at Livingstone Hospital, a public hospital in Port Elizabeth. She suffers from epilepsy and is also severely mentally disabled.

She had been admitted to the casualty ward after she had a serious epileptic fit at the mental health facility where she was staying.

After Human finished the last sip of her coffee in her hospital bed she carefully placed the mug next to her empty plate on the tray in front of her and looked around anxiously. She wasn’t sure what to do. At Capricorn Home she was encouraged to wash her dishes as soon as she had finished eating or drinking. But a quick look at the other patients’ trays – with dirty dishes pushed to the side and forgotten – only confused her more.

After a few minutes she decided to go with what she knew. She slowly got to her feet, picked up her mug and plate and walked to the sink a few metres away, turned on the tap and began rinsing the food scraps off the plate.

“But then a nurse walked in,” says Jennifer Arends*, one of Human’s caregivers at Capricorn. “She ripped the dishes out of her hands and ordered her to get back into her bed. Human had no idea what she was doing wrong.” The sink was not meant for dirty dishes, Arends explains, it was for washing hands.

When a petrified Human got back to her bed, the nurse strapped both her hands down. “It was her punishment for not knowing the rules,” says Arends. “Her punishment for being a mentally disabled patient in a facility where many nurses don’t understand her condition.”

‘Anything can happen’
Human contracted meningitis when she was two years old – it damaged her brain significantly – and has lived at Capricorn since 1997, surviving on a state disability grant of R1?400 a month – R950 of which goes towards board and lodging at the residential facility.

“It’s always stressful when she has to go to hospital because the nurses don’t know how to treat people with mental problems,” says Arends.

Because of her impairment Human needs constant supervision at the hospital. Arends, another caregiver and Human’s adult daughter have been working in shifts to make sure someone is at the hospital night and day for the duration of her stay in the casualty ward.

But Livingstone’s rules mean Arends and the other caregivers at Capricorn can’t stay by her side in the ward when she gets admitted every few months.

“I have to wait outside in the waiting room and sneak in whenever I can just to check on her,” Arends says. “I try to explain to the nurses why I need to be with her but they don’t listen.”

Livingstone Hospital is situated in Korsten, an area in Port Elizabeth often rocked by gang violence. Arends worries that if Human is left unsupervised she might wander off into the “dangerous” surrounding areas. “Anything can happen because she is vulnerable and people will take advantage of her.” 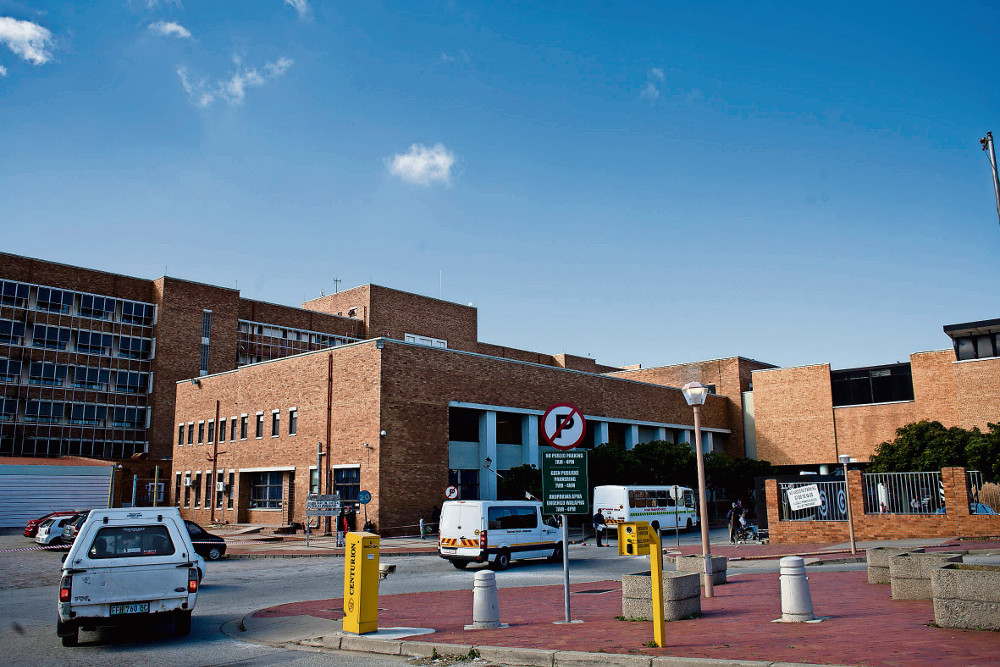 Failures in policy implementation
According to a 2010 study published in the journal Current Opinion in Psychiatry, an estimated that 1.1% of the South African population is intellectually disabled and, although the country has “commendable” policies for the disabled, recognition of and provision for their needs carries a low priority”.

“Failures in policy implementation and service delivery, and the low priority of intellectual disability, continue to result in unmet social, health and educational needs,” say the study’s authors.

The Eastern Cape’s 2014 budget for health was R17-billion, according to provincial health department spokesperson Sizwe Kupelo. He says that R665-million of this was spent on mental health – about 3.9%.

According to Fina Setshedi, who is a provincial chairman of the Democratic Nursing Organisation of South Africa, in each government hospital there should be a specialist psychiatric nurse who can be assigned to assist with the appropriate care of mental health patients. She says this is a nurse who has chosen to do a diploma in psychiatric nursing or an advanced diploma in the same field.

Kupelo says that in addition to the eight specialised psychiatric wards and hospitals in the province, there is a 72-hour psychiatric observation unit in each of the Eastern Cape’s district hospitals. Kupelo can’t confirm whether they each employ a specialist psychiatric nurse, however.

“The skills and knowledge taught about mental health are basic and with only this nurses might still be clueless when it comes to how to treat psychiatric patients,” she says.

For instance, Setshedi says that patients should only be restrained if they are violent and pose a danger to themselves or others. “A doctor’s authorisation is also required for a patient to be restrained.”

According to Arends, Human has never displayed any signs of violence, nor has she seen nurses acquiring a doctor’s permission to restrain her.

Arends says Human’s hospital visits are always stressful and she often does not get the care she requires.

Human’s health has deteriorated since last year and she has lost almost 20kg, but Arends says doctors at Livingstone Hospital could not find out what was wrong with her.

Human was discharged after three days while “too weak to even walk – and without a prescription or explanation”, says Arends. “I had to literally carry her out and into a taxi when we went home.”

Capricorn is supported by a grant from the provincial health department but it is not enough to cover expenses, according to Merle Blunden, the deputy director for the nonprofit organisation Port Elizabeth Mental Health, which runs Capricorn as well as another home in the province. Both can house 10 patients each but there is a 20-person waiting list.

Patients pay R950 for board and lodging – this usually comes out of their grant, Blunden says.

The facility can’t afford a car and a driver, and patients use public transport when necessary.

According to Kupelo, the provincial department is “doing the best we can” in terms of providing adequate mental health services.

“We recognise that we still have shortages in terms of beds for mental health, but before 1994 we had only two psychiatric facilities in the entire province. We are expanding all the time and have just set aside R300-million to build a new facility in Port Elizabeth,” he says. 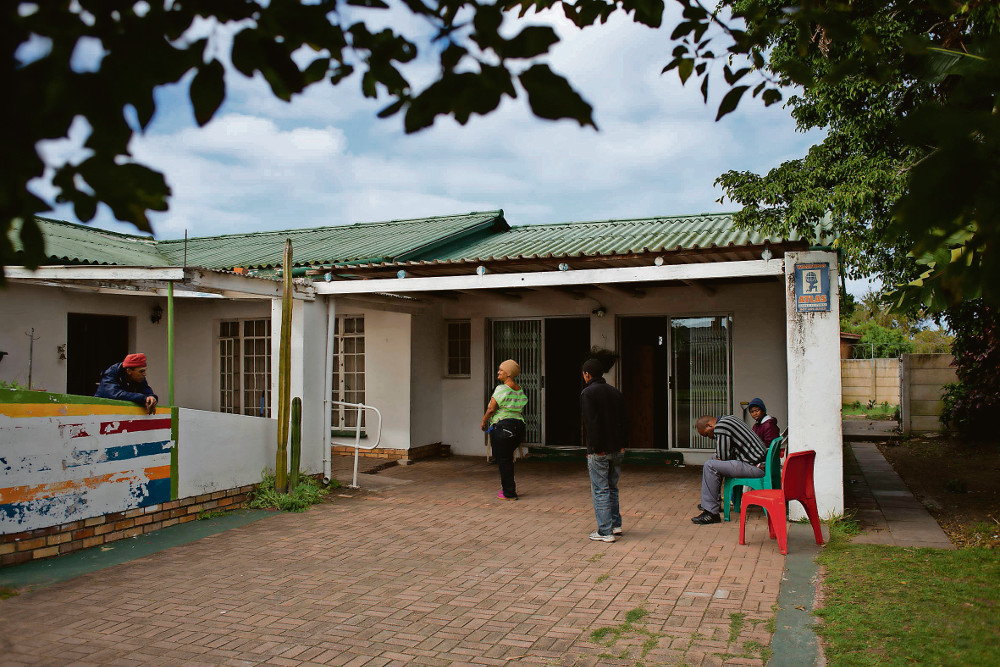 Save haven: Capricon care home has been Human’s refuge for nearly two decades

Private and costly treatment
After their latest experience at Livingstone, Capricorn’s staff decided to take Human to a private doctor, despite the cost. There she received a vitamin B injection, which helped her regain mobility. The R300 consultation was paid for from what was left of Human’s grant for the month.

It is unusual for a person to stay at Capricorn for as long as Human has – residents are usually only accommodated for a maximum period of two years. But Capricorn has been reluctant to discharge Human into the community because they believe her to be “vulnerable”.

According to Human’s daughter, her mother has the mental capabilities of a five-year-old and can only have “very basic” conversations.

Human hasn’t lived with her married daughter, Ilika, who lives in her mother-in-law’s house with her husband and two young boys. But Ilika says she and her husband both work full time and have saved enough money to move out on their own.

Human will move into this new home next month and her daughter will look after her with the aid of a daytime caregiver.

Hope for a new life
Seated at a large old wooden table in Capricorn’s lounge, Human rolls up the sleeves of her beige jersey as she chats to Arends.

“When are you going to live with Ilika, Virginia?” Arends asks.

“I’m going to stay by Ilika,” she repeats. “I love my daughter very much.”