The way doctors describe medical conditions can drastically
affect whether or not a patient demands antibiotics – even if they are not
needed – according to a study conducted in the United States and published in
Clinical Pediatrics this week.

Global
research, including studies published in the
New England Journal of Medicine and by the US Centers
for Disease Control and Prevention (CDC), shows that more than half of all
antibiotics prescribed are unnecessary. The CDC says this practice can
lead to bacteria becoming drug resistant, leaving people infected with
some resistant strains without effective treatment options.

The research focused on conjunctivitis, an eye infection
more commonly known as pink eye and how the term “pink eye” affected people’s
willingness to accept a doctor’s prescription.

The authors note that conjunctivitis is caused by bacteria,
viruses or allergies but only bacterial infections will benefit from
antibiotics.

The 159 parents who participated in the study were given
scenarios to read that described a two-year-old child’s eye infection symptoms.
The symptoms are usually associated with a viral infection and
include “watery discharge and eye redness confined to the eyeball and small
part of eyelid”.

Parents who were told that the condition was an “eye
infection” were significantly more likely to accept the doctor’s recommendation
that antibiotics were unnecessary.

According to lead author Laura Scherer from the University
of Missouri-Columbia, it is clear that “words
matter” when doctors communicate with patients. “Likewise, our beliefs matter. Our
study suggests that the words ‘pink eye’ makes parents believe the infection to
be more contagious and to want medication even when it isn’t necessary.”

She
says that these misperceptions “can potentially lead to overuse of
antibiotics, which is causing increased antibiotic resistance”.

The
authors note that past studies of primary care physicians found that
doctors prescribe antibiotics in 70% to 90% of cases of eye infection, but research
in 2008 in
Acta Ophthalmologica shows that 50% to 70% of conjunctivitis cases in children are bacterial.

Although
antibiotic resistance is a worldwide problem, specific estimates for South
Africa are not known.

Adrian Brink, a clinical microbiologist and co-chairperson of the South African
Antimicrobial Stewardship Programme, which advocates the proper use of
antibiotics to counter bacteria’s growing resistance to the drugs, previously
told Bhekisisa that “South Africans love antibiotics.

“From
a young age, we believe antibiotics will cure any illness. Doctors are to blame, too; they are the prescribers,” Brink said. 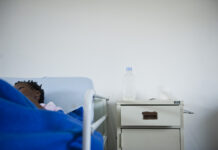 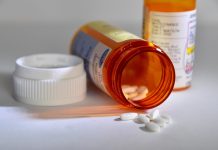 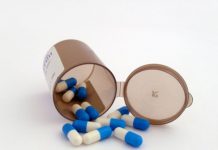 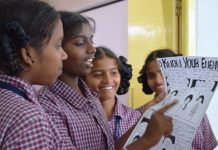 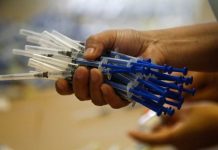 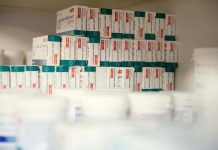 Two-thirds of people think antibiotics can cure the flu