One in 30 women in sub-Saharan Africa will develop cervical cancer, despite it being the most preventable form of female cancer in the world, according to World Health Organisation statistics.

Cervical cancer, which the Medical Research Council says is the most common cancer among South African women, is caused by the sexually-transmitted human papilloma virus (HPV).

“We are very concerned about sexually active women [in South Africa] who are breadwinners for their families. It is so tragic to see women like this suffering and dying from a disease that is entirely preventable,” says Bridgette Goeieman, the cervical cancer programme manager of the health organisation, Right to Care, which is based at Helen Joseph Hospital in Johannesburg.

According to Goeieman, up to 80% of women infected with HPV don’t develop cancer with their “immune systems clearing it out naturally”. “But 20% will have persistent infection, which can lead to a lesion which will result in cancer if there’s no intervention.”

Cervical cancer can be prevented through regular pap smears, which can identify pre-cancer lesions in the cervix which can then be treated before they develop to cancer. “But South Africa’s cervical cancer prevention strategies in the public health sector are not well implemented and patients are badly informed about them. As a result, patients don’t access pap smears in time,” says Goeieman.

In line with World Health Organisation guidelines, state health facilities in South Africa offer sexually-active women of 30 years and older, with uncompromised immune systems, one pap smear every 10 years. “Cervical cancer progresses slowly – it takes about ten years from HPV infection to cancer – which is what the guidelines are based on,” says Goeieman.

In HIV-positive women, however, it develops “much more aggressively and in only two to five years”.  Pap smears are therefore offered more regularly to such women, depending on their treatment results.

But Goeieman says nurses at understaffed primary healthcare clinics are overwhelmed, which often leads to such facilities dedicating only one day per week to pap smears. “So if a woman comes to a clinic for her hypertensive treatment on say, a Tuesday, they’ll tell her we only do pap smears on Thursdays. Obviously, that woman, who took a day off work, is not going to come back,” she says. “Nurses also complain that the procedure is time-consuming [15 minutes] compared to other procedures and they don’t have sterilising equipment or dedicated rooms to perform pap smears in.”

In the private sector, where pap smears are easily accessible to women who can afford them, the turnaround time for results are about three days, whereas it can take up to six weeks in the public health sector.

In February last year, the health department introduced an HPV vaccine free of charge to all nine- and ten-year-old school girls. The vaccine is 90% effective against the two most common cancer-causing HPV strains in women who have not yet contracted the virus. “But the impact of the vaccines will only be felt in about 10 to 15 years from now, when those girls have become adults who hadn’t developed cervical cancer as a result of the vaccine,” Goeieman says. 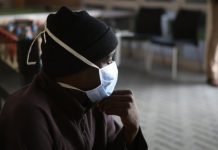 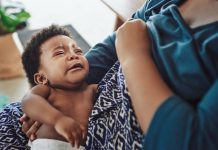