Nothing beats lazing around next to the swimming pool on a long summer’s day, drinking ice-cold cocktails from even longer glasses. After a year of working hard, eating healthily and spending hours sweating it out in the gym, everybody is looking forward to sundowners with family and all-nighters with friends. But is there such a thing as too much of a good time?

Yes. Researchers say it’s bad for your health –  and for your weight.

South Africans often drink up to 10 alcoholic drinks on a Friday or Saturday night. Binge drinking –  drinking five or more alcoholic beverages in a sitting –  is a common feature not only of weekends, but of the holiday season as well, according to the Soul City Institute. This is significantly higher than the maximum of two drinks a day that is considered acceptable.

World Health Organisation (WHO) figures estimate that on average South Africans consume 9.5 litres of pure alcohol every year, which is higher than the global average of 6.2 litres. Yet a 2013 Human Sciences Research Council (HSRC) study found that more than half of surveyed households (53.2%) reported that no&dash;one in the household used alcohol.

Heavy drinkers
“We are one of the countries with the worst drinking habits in the world. More than half of South Africans do not drink at all, but the few who do drink huge amounts of alcohol,” says Soul City’s Sue Goldstein.

The WHO warns that heavy episodic or binge drinking at least once a month can have severe consequences such as alcohol poisoning and injury, even in people who only drink occasionally.

Jenna Bowes, a Johannesburg-based dietician, says: “Current guidelines recommend it is acceptable for women to have up to one drink per day and for men to have up to two drinks per day, and to avoid binge drinking.”

According to the United States-based National Institute on Alcohol Abuse and Alcoholism, excessive drinking can have a significant effect on the body, including interfering with the brain’s communication pathways and weakening the immune system. Because of these and other effects of alcohol, it is recommended that we have “rest days” when no alcohol is consumed to give our bodies a chance to recover.

Neo Morojele, the deputy director of alcohol and drug research at the Medical Research Council, says: “Research is increasingly showing that abstinence days are important. You must abstain from drinking alcohol for at least two days a week. So those recommendations of the acceptable amount of drinks to have at a sitting are a maximum amount.”

Bowes says women are more vulnerable to alcohol-related problems, even if “a small volume of alcohol is consumed, as women tend to absorb alcohol at a faster rate and digest alcohol at a slower rate [than men]”.

The WHO’s 2014 report on alcohol said: “Women typically have lower body weight, smaller liver capacity to metabolise alcohol, and a higher proportion of body fat, which together contribute to women achieving higher blood alcohol concentrations than men for the same amount of alcohol intake.”

Bowes says: “On average, a man has higher energy expenditure than a woman. An alcohol intake [of] the same amount would result in a bigger percentage of a woman’s daily energy requirement than that of a man.” 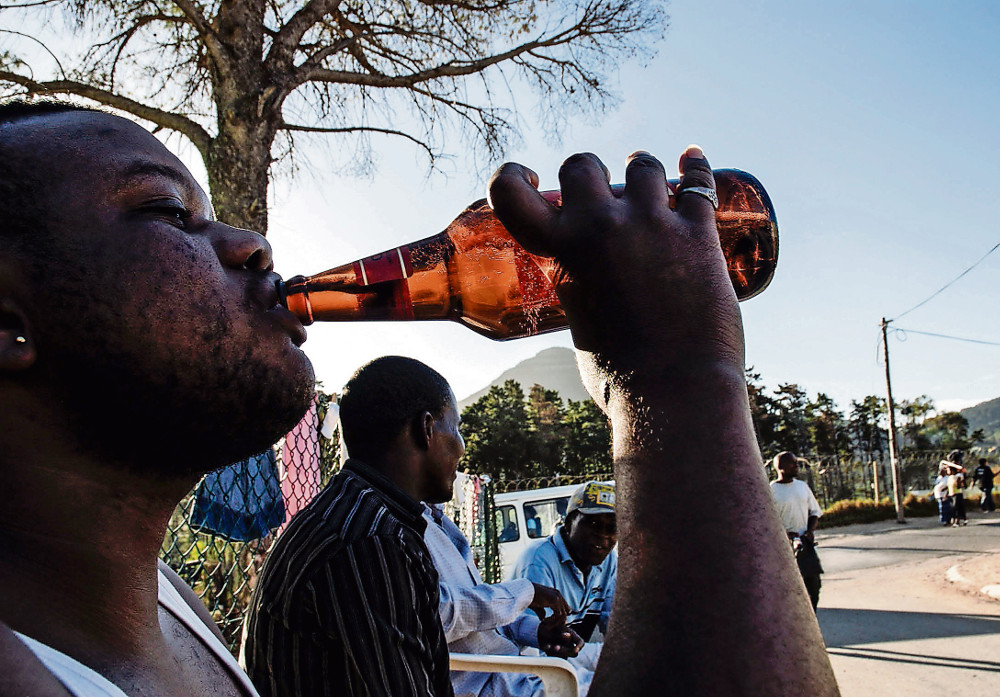 Bottoms up: Dieticians warn that every carbohydrate-laden beer is equal to eating two slices of white bread.

Empty calories
A 2015 article published in the journal Psychological Issues warns that alcohol intake is a risk factor for weight gain.

“Alcohol is made up primarily of carbohydrates, offering ’empty calories’. This means that alcohol contributes a large amount of energy but little, if any, nutritional value,” Bowes says. “Besides the alcohol itself being high in sugar, so too is what it is mixed with. Cocktails with syrup or fruit juice, as well as spirits mixed with carbonated drinks, contribute significantly to the calories from alcoholic beverages.”

The organisation South Africans Against Drunk Driving warns that the labelling on an alcoholic beverages can be misleading: the label “lite” generally refers to the calorie content of the drink, whereas “light” relates to the alcohol content.

“One might gauge that alcohol types lower in energy or carbohydrates might be a better option to consume. Although these options are lower in energy, they are still not considered to be healthy,” says Bowes.

“Alcohol contributes to a higher overall total energy intake and will result in weight gain if one’s energy intake is not controlled. A glass or two of an alcoholic beverage served with meals occasionally is not harmful.”

Drinking and snacking
Nearly 70% of alcohol-drinking respondents who took part in the HSRC’s 2013 study indicated that snacking accompanied the imbibing in their households.

The study notes that “alcohol may increase food consumption or snacking, which can have a positive effect in reducing intoxication but may have a negative impact on one’s health if the snacking contains predominantly unhealthy foods”.

According to Bowes, alcohol affects hormones that are responsible for controlling appetite. It also contains a lot of sugar and can cause “an insulin response, which is undesirable when trying to control circulating glucose levels and body weight”.

“When alcohol is consumed in large amounts, we tend to crave foods which are often high in salt, fat and sugar. Without cues of satiety, we eat more than we might when alcohol was not consumed.”

Addressing harmful alcohol consumption is one of the six WHO targets for tackling noncommunicable diseases. According to the organisation, “there is a causal relationship between harmful use of alcohol and the morbidity and mortality associated with cardiovascular diseases, cancers and liver diseases”.

Some research suggests that moderate drinking can reduce the risk of dying from heart disease, but Bowes warns that “this evidence is limited”.

There is controversy about the potential benefits of low alcohol intake on heart disease. But the health benefits, if any, of moderate drinking tend to disappear in the case of binge drinking, the WHO warns.

Bowes says it’s best to stick to the recommended daily allowance.Festive spirit: Is it worth the weight?

How to handle your liquor this festive season

Experts will tell you that it is best not to drink at all, or that one or two drinks a day are enough. But a day can be very long, especially if you are catching up with friends and family. So the Mayo Clinic, a United States-based medical research organisation, has put together some tips to make the morning after a bit more bearable. 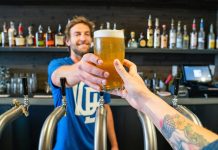 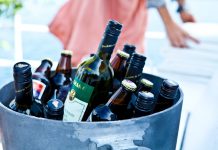 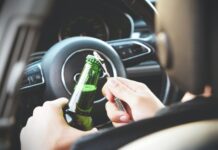 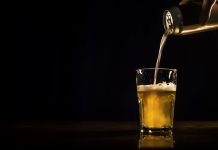 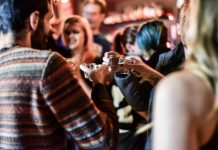 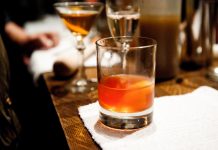 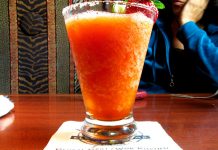 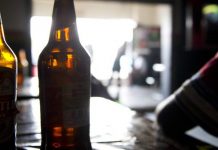