Truvada, which contains two antiretrovirals, reduces the risk of HIV infection with up to 96%.

The scientific world has had evidence since 2011 that a single pill a day could reduce the risk of contracting HIV. Five years later most people at substantial risk of HIV infection still don’t have access to this HIV prevention method.

This strategy, known as oral pre-exposure prophylaxis, or PrEP, uses a two-in-one antiretroviral (ARV) pill, Truvada, containing the ARVs tenofovir and emtricitabine. These ARVs were originally developed to treat people who have already acquired the virus.

In the case of PrEP, people who are HIV negative, but who are at considerable risk of contracting HIV, use this pill to reduce their chances of getting infected with HIV. For example, those in relationships where one person is HIV positive and the other HIV negative (HIV discordant relationships), young women (research has shown that women between the ages of 15 and 24 are more at risk of contracting HIV than older women), men who have sex with men, and sex workers.

Studies show that those who take PrEP correctly and consistently can reduce their risk by upwards of 90%. In the few real world examples, PrEP programmes are starting to show results: one programme in the United States showed that after almost three years of daily PrEP use, not one man out of 657 became HIV positive. Preliminary results from Partners Demo, a study among discordant couples in Uganda and Kenya released in 2015, showed that one Truvada tablet a day could reduce the risk of HIV infection by 96%.

Only six countries lead the way

In Africa, Kenya and South Africa must be recognised for recent regulatory approval of Truvada as PrEP, along with France, the US, Israel and Canada – the only countries in the world to have done so.

In 2015, the World Health Organisation (WHO) expanded its
2014 recommendation that offered PrEP to men who have sex with men and broadened it to include all people at substantial risk of HIV infection. But these approvals are just the beginning and extensive work is needed to translate them into access and results.

Initial reservations on PrEP roll-out are understandable and seemingly universal. It’s typical at first glance to look cynically on yet another biomedical solution to HIV: Who will pay for such a method of prevention? Won’t PrEP lead to increased sexual risk-taking such as more partners and fewer condoms? Will people correctly and consistently take a daily pill? What about drug resistance and side effects?

These concerns, while real, are surmountable. Some are also resonant of the last decade when a small, yet powerful, number of political leaders determined that HIV treatment with ARVs was not a viable public health intervention in Africa, given its cost and complicated drug regimen.

Years later and millions of lives saved, ARV treatment is the standard of care. Up-front treatment costs are borne out over time by savings in hospital costs, years of healthy life and infections averted. Similarly, PrEP can help avert new infections and, in turn, save money over the long run if it’s made available to those who need it most.

Safer sex goes beyond condoms
It would be concerning if PrEP led to lower condom use and an increased risk of contracting HIV. But both clinical trials and real-world implementation across several countries in different continents show no such risk inhibition. The data thus far indicate that those at highest risk who cannot use condoms consistently are the very people who seek out PrEP use. This was seen after PrEP was proved to work in studies looking to characterise PrEP’s uptake. No one is throwing away their condoms.

It is important to note that safer sex is no longer only defined by condom use. PrEP or viral suppression (the amount of HIV in someone’s body) with ARV treatment for those who are HIV positive are also considered safer sex strategies. PrEP roll-out is about making another prevention option available.

All of the clinical trials to date have shown that fears of drug resistance from PrEP use that would limit treatment options do not pan out. Resistance to HIV medication was rare in all of the studies. In the journal AIDS, the few documented cases of drug resistance acquired during PrEP use in a study published in January, rapidly dissipated after the medication was discontinued. Remember, PrEP is a very effective prevention method. One doesn’t have to worry about resistance if there’s no HIV infection. Similarly, research has shown that side effects of PrEP, such as occasional nausea, are so minimal that, weighed against risk of HIV, the WHO recommends PrEP.

PrEP has significant potential as a key component of combination prevention, especially for young women who cannot readily negotiate condom use but for whom the odds of finding ways to avoid HIV are not favourable. This is why Kenya, South Africa and other priority countries are planning, or have begun to offer, PrEP to young women.

Governments must take ownership by developing PrEP guidelines and policies and roll-out plans, and must work with donors and manufacturers toward affordable, accessible and eventually sustainable PrEP. Health workers need to be trained not only in prescribing PrEP but in culturally competent care so that those who are criminalised or bear the brunt of HIV, such as men who have sex with men, transgender people and sex workers, are not discouraged from coming forward.

Lack of access to PrEP has galvanised Aids activism from gay men in Berlin to sex workers in Kibera with an urgency and vigour reminiscent of the treatment movement spurred in Durban in 2000 at the first international Aids conference on the African continent. It would be a shame to repeat the history of holding up medical progress to the detriment of lives and the deepening of disparity between those with and without access to treatment.

In February, two trials of a vaginal ring containing the ARV drug dapivirine announced their results. The Ring Study and Aspire (A Study to Prevent Infection with a Ring for Extended Use) found evidence of modest protection among African women in the trial. This promising result requires follow-up from regulators, donors, researchers and advocates to determine the best way to do further research and possibly eventual roll out.
In South Africa alone,
government data shows that there are almost 1 000 new infections a day; one third of them among young women aged 15 to 24. According to the Kenyan government, almost a quarter of the country’s annual 89 000 adult infections in 2014 occurred in young women of the same age.

Conference is an opportunity

It’s important to remember that no single prevention option is right for all people, or for any one person all the time. Even PrEP at its best will probably be an option that people will use during seasons of vulnerability.

There are several pilot projects underway in South Africa, Kenya and other countries among adolescent girls and young women, men who have sex with men, transgender people, sex workers and discordant couples, with results expected later this year.

Science has delivered another important HIV prevention option. History will judge us harshly if we don’t do enough to deliver it to individuals and groups at highest risk of HIV infection. We should see the international Aids conference in Durban this July as an opportunity to expand PrEP’s reach by overcoming fear and foreboding and paving the way for a long-awaited and necessary HIV prevention option.

Carolyne Njoroge was an AIDS Vaccine Advocacy Coalition (AVAC) fellow in 2015. She works for the Key Affected Population Health and Legal Rights Alliance in Kenya. Wanjiru Mukoma is the executive director of LVCT Health in Kenya. Yvette Raphael was an AVAC fellow in 2014. She is a PrEP advocate in South Africa. 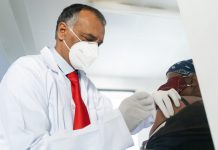 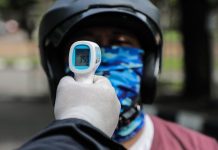 The dubious value of fever screening: Why measuring for surface temperature won’t help curb the spread of COVID-19 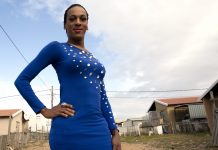 ‘Why do you want to be a woman when you are not’: Love, acceptance & HIV 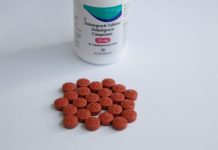