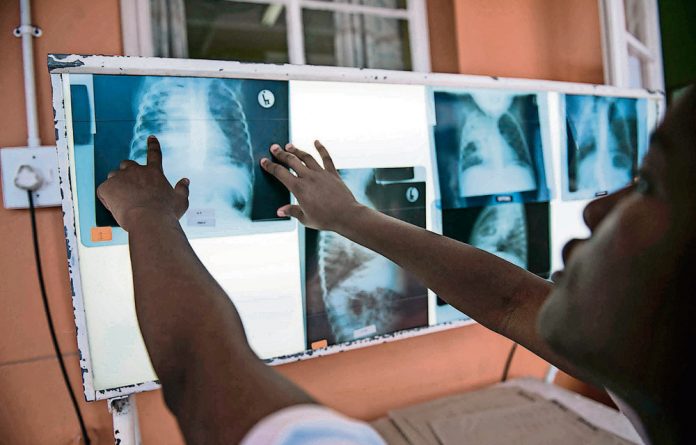 There are fears that, because the LAM measure is easily administered, it could be used when conditions call for more detailed analysis.

A cost-effective, quick urine test for tuberculosis (TB) could save lives, but it isn’t a silver bullet.

A study, published in The Lancet journal earlier this month, has shown that using the lipoarabinomannan (LAM) urine test reduced the tuberculosis death rate in hospital patients with advanced HIV by almost 20%. When the urine test was used, patients were started on TB treatment earlier, and this is believed to have contributed to the drop in the mortality rate.

The study was conducted at 10 trial sites – four in South Africa, two in Tanzania, two in Zambia and two in Zimbabwe.

The LAM urine test, which involves placing a few drops of urine onto a test strip and waiting for a specific indicator to appear, allows doctors to diagnose a seriously ill HIV patient with tuberculosis in just 25 minutes. No special laboratories or technicians are required to administer the test, and each test costs about R40.

Call to implement it in hospitals

“This will reduce suffering, the death rate of patients and reduce transmission of TB, and hence amplification of the epidemic,” says Professor Keertan Dheda, from the University of Cape Town, who was the principle investigator in the trial.

He has recommended that policymakers should implement the test on patients at hospitals where there are high rates of HIV and tuberculosis co-infection and limited resources.

Dheda says, although it will incur some costs, these will be minimal compared to other tests used to diagnose serious diseases.

“It’s practical because it cuts out the cost of a technician needed to operate complex tools,” he says.

He is hoping that the Global Fund and other agencies will assist to increase the use of the test.

Diagnosing tuberculosis in patients with HIV can be difficult. Severely ill patients who have both HIV and tuberculosis are often unable to cough up the sputum samples that are used in smear and culture tests, or are run through diagnostic machines such as the GeneXpert to test for tuberculosis. Extra-pulmonary TB, which occurs outside of the lungs, and paucibacillary TB, which produces very little bacteria in the sputum, is also difficult to detect using these methods. But the LAM urine test has proved to be useful in these cases.

Professor Linda-Gail Bekker of the Desmond Tutu HIV Centre says tuberculosis takes a long time to grow in cultures and often patients die before a definitive diagnosis is returned.

“Urinary LAM picks up the disseminated TB and [provides] quick point of care confirmation of TB in this setting, which can then be life saving. It means less TB is treated empirically and a definitive diagnosis is reached immediately,” she says.

Last week, several health advocacy groups wrote an open letter to Health Minister Aaron Motsoaledi asking him to take steps to “procure this product urgently, facilitate its registration in South Africa as soon as possible, and ensure its availability in the public sector”. The group requested a response from him by World Tuberculosis Day, on Thursday this week.

It has a limited diagnostic utility

But the South African HIV Clinicians’ Society was not among the signatories.

“We declined to sign on to the letter because, while LAM has diagnostic utility, it is only in a small proportion of patients with advanced HIV who do not test positive by other means,” says Dr Francesca Conradie, the president of the organisation.

Although the LAM urine test has shown a reduction in mortality, it is not the answer to tuberculosis diagnostics. “It’s a very good ‘rule in’ test – if it’s positive, you definitely have TB, but if it’s negative, there are lots of reasons it may have been negative,” she says.

The LAM urine test also does not indicate whether a person has drug-sensitive or drug-resistant tuberculosis, and other methods of testing are needed to confirm this.

“GeneXpert is the standard of care in South Africa for the diagnosis of TB and it’s incredibly useful,” Conradie says.

According to the WHO, a GeneXpert machine can diagnose the type of tuberculosis – drug-sensitive or drug-resistant tuberculosis – within two hours, with minimal, hands-on technical requirements.

Some clinicians fear that, because the LAM urine test is fast and easy to perform, some people may think it is always a good test, but this is not the case.

The WHO has warned against using the test for tuberculosis screening. In its
2015 policy recommendations on TB urine testing, the organisation said the test should only be used to test HIV-positive people with signs or symptoms of tuberculosis who have low CD4 counts (which is an indication of the strength of someone’s immune system) or HIV-positive people who are seriously ill, as was the case in The Lancet study participants.