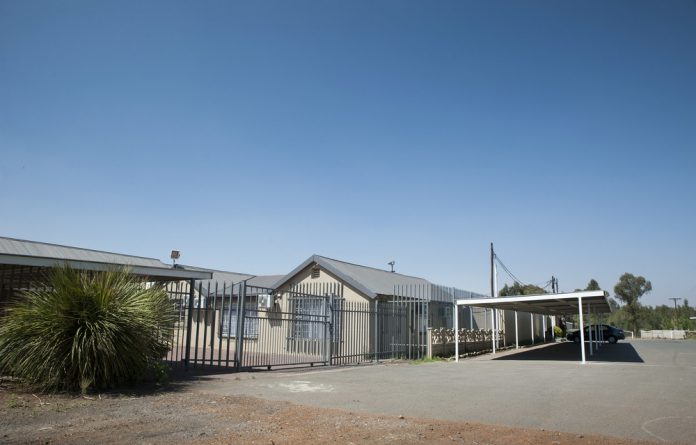 Sizwe Hlatshwayo may be the 38th patient to die after being moved from state-funded hospital care. It took almost a month for his family to find out.

Sizwe Hlatshwayo would have turned 29 next month. Instead, his family will bury him this weekend in Tsakane, east of Johannesburg — if they can get his body released by the mortuary in time.

He died in September but his mother, Jabulile, says the Anchor Centre, a mental health facility in Cullinan outside of Pretoria, to which the provincial health department transferred him from Life Esidimeni in Johannesburg, only told them of his death on Monday, almost a month later.

“They said they did not have our information. They have phone numbers, and the name of a person we don’t even know as the aunt of my son,” she says. “Strangers were listed as his next of kin.”

His family say they have been waiting for a death certificate since Monday, without which he can’t be buried. “We’re not sure that we are going to get it.”

Hlatshwayo was one of almost 2 000 psychiatric patients who were transferred out of state-funded hospital care at Life Esidimeni facilities earlier this year. Announced in June 2015, the moves were part of what Gauteng MEC Qedani Mahlangu described in her 2015 budget speech as cost-containment measures.

Despite vociferous opposition from civil society groups such as the  South African Mental Health Federation and the  South African Society of Psychiatrists, Life Esidimeni patients were either sent home or moved into nongovernmental organisation (NGO) care.

The department has officially confirmed the deaths of 36 patients since the relocations.

Missing paperwork delays family’s grieving
After being told of Sizwe’s death, Jabulile and her family rushed to Cullinan, only to be told that her son’s body had been moved first to a funeral parlour in Bronkhorstspruit and then to a Pretoria mortuary.

Desperate to pay her respects to her late son, Jabulile arrived at the Pretoria funeral parlour, only to be told that, although the Anchor Centre had eventually paid the overdue charges to release his body, there was no death notification or  BI-1663 form.

This document must be completed by a medical practitioner in most areas and is needed to register a death. Jabulile said the undertaker would be unable to bury her son without it.

Social workers allegedly could not find the original.

“She [a social worker] made a copy of one page, but it’s four pages that are needed and a photocopy doesn’t work. You need the original. She [the social worker] said she doesn’t know what happened to the original of the first page,” Jabulile said.

“Now we have to go to Cullinan to try to find that BI-1663. We’re not sure if we are going to get it. I am not sure which hospital they took him to because he was with Anchor.”

When Bhekisisa approached the Gauteng department of health for comment, its spokesperson, Steve Mabona, demanded to know why the family had not come to the department first and asked for their details to contact them directly.

In a subsequent response by the department, Mabona said the death notification had been given to the mortuary.

Death toll may be uncertain
“We would like to apologise to the family for the inconvenience caused by the mortuary in getting the appropriate form. This matter has been resolved, and the family has received the BI-1663,” he says.

As of Thursday midday, Hlatshwayo’s family was still waiting for his body, which was undergoing an autopsy at the request of the health department following an urgent meeting with them, Jabulile said.

The department has publicly confirmed the deaths of 36 patients since the relocations. The reported death of another patient, Nombulelo Mthembu, following the announcement may bring the total to at least 37 patients. It is unclear whether Hlatshwayo was one of the original 36 patient deaths announced by the department.

“We cannot be sure of the numbers of people who have died. The department has admitted that they don’t have a solid record of who is where, [and] their confirmation of deaths in NGOs is dubious,” she says.

“The department also only reported deaths of people at NGOs. We know that some patients were discharged to the care of their families. We know of one such patient who refused to take her medication and then overdosed and later died in hospital.

“Some patients were also sent to Sterkfontein [Psychiatric Hospital] and other hospitals. There’s been no mention of them.”

Section27 is currently representing several patients’ families. Stevenson says the organisation is not currently contemplating litigation against the department but will do so if needed.

“We have requested on behalf of our clients that all deaths be investigated and referred by the police to a judicial inquest to independently determine the cause of death. We are committed to taking all lawful and necessary steps to ensure that justice prevails.”

Repeated attempts to reach the director of the Anchor Centre were unsuccessful, but staff confirmed that the centre was meeting the department of health on Thursday.