The fate of millions of people may lie in just two little pills. New tuberculosis (TB) drugs pioneered in South Africa may be the key to shaving months — or even years — off current treatment for the most severe forms of the disease, according to research released on Thursday.

Extensively drug-resistant (XDR) TB is resistant to both of the most commonly used anti-TB drugs and at least half of standard second-line medicine. Those diagnosed with the condition must endure about two years of treatment, including six months of painful daily injections, which will leave up to a third of patients deaf, says Francesca Conradie, a clinical adviser with the nonprofit organisation, the Right to Care.

More than 1 500 XDR-TB cases are diagnosed each year in South Africa, and almost half of these patients will die, according to 2012 research by the University of Cape Town’s lung infection and immunity unit.

But new drugs that are being piloted in South Africa could change this. 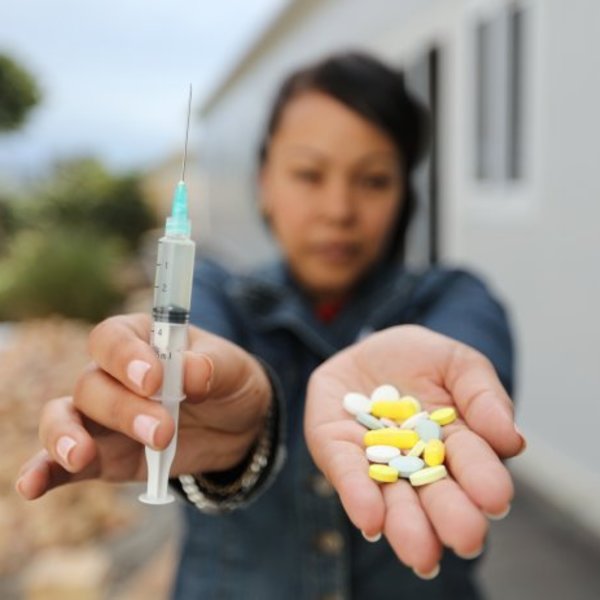 This is what a day’s worth of treatment for multidrug-resistant TB looks like now. (John-Michael Maas, TB Alliance)

In 2015, the country launched the world’s first study into better XDR-TB treatment. The 72-person study sought out patients with XDR-TB and multidrug-resistant (MDR) TB who had previously failed treatment and had exhausted treatment options. Patients were given two drugs currently used to treat XDR-TB, bedaquiline and linezolid, and a new drug, pretomanid. No injections were used and the patients were given just five pills a day instead of the standard 20 tablets, or more.

The study found that the vast majority of patients were no longer infectious after four months of treatment and were cured after just six months, according to findings presented at the international conference on retroviruses and opportunistic infections. Researchers, including Conradie, now say they are expected to begin offering the drug combo to patients at other sites in South Africa.

The results come on the heels of findings released earlier this week that found a similar drug combo of bedaquiline, pretomanid and two other drugs led to speedy recoveries in almost 250 TB patients in Uganda, South Africa and Tanzania. These patients became uninfectious after only two months of treatment – almost four times faster than patients on traditional treatment, according to the study, also released at the conference.

A bonus, say researchers, is that the treatment regimen works in both people with MDR-TB and regular or “drug-sensitive” TB.

The alliance is now planning longer trials to see whether this four-drug combination can also cure patients within four to six months.

“The regimen shows promise to offer a single, relatively short … treatment that could be effective in virtually all patients, perhaps 99% of all TB patients, including those with MDR-TB,” the nonprofit organisation TB Alliance says in a statement. The international research and development body supported the trials. 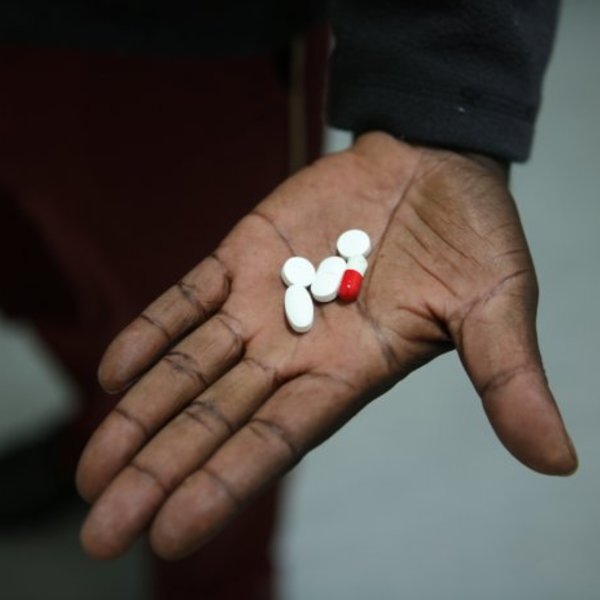 This is what MDR and XDR-TB treatment could look like in the future. (John-Michael Maas, TB Alliance)

The group explains: “If successful, these regimens could dramatically improve the treatment of drug-resistant TB. Currently, countries devise regimens to treat drug-resistant TB from nearly 20 drugs, many of which are suboptimal, produce harsh side effects and some of which require daily injections.

“The results point to the potential for countries to procure just two regimens and treat all types of TB.”

South Africa leads the world in patients on bedaquiline, which is a relatively new drug. According to Doctors Without Borders (MSF), 4 385 patients in the country have received the drug.

Pretomanid is still being tested and has not been approved for use outside of clinical trials. But TB Alliance vice president and senior medical officer Dan Everitt says the organisation is already in talks with regulatory bodies around the world, including South Africa’s Medical Control Council, to see whether agencies will allow expedited approval of the drug based on the need for it.

Meanwhile, MSF is continuing to push for access in South Africa to another relatively new TB drug delamanid, which although approved for use in other countries, is not available in South Africa.

The Medicines Control Council in January approved a programme to provide a small number of patients with delamanid. MSF is now demanding that the drug’s maker, Otsuka Pharmaceutical, publicly commit to providing these patients with drugs until delamanid can be registered for use in the country, says MSF field communication officer Sean Christie.

“We take the fish out of the water”: Three myths about vasectomies – busted

These gun laws saved 30 lives a month in two big cities. Here’s what it could mean for SA