By Marije Versteeg-Mojanaga and Russell Rensburg 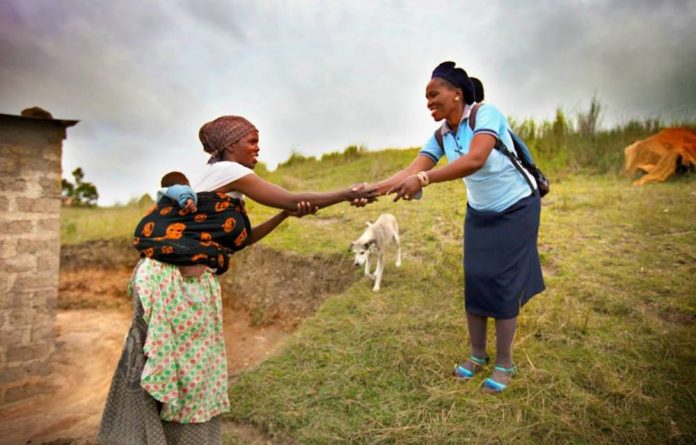 Once slices of the healthcare funding pie are dished out to provinces, there is little control over how this money is spent to benefit the rural poor.

Each year, the minister’s speech outlines the broad brushstrokes of the country’s economic policy. From there, money flows from the national revenue fund into national, provincial and municipal departments.

Who gets what is a matter of calculations based on various equitable share formulas. These equations are meant to ensure that money is allocated fairly across provinces and among South Africa’s 278 municipalities.

The division of revenue is a powerful tool for redistributing wealth. In his speech, Gordhan announced that provinces that are largely rural will continue to receive a higher per capita proportion of equitable share allocations.

Data from the most recent census tells us that about 40% of South Africans call rural areas home — and it is here where much of the country’s poverty hides. A 2014 Statistics South Africa report found that six out of every 10 people in rural areas live below the poverty line.

Former homelands, which are mostly rural in nature, are still plagued by pre-democracy levels of inequity, research by the Southern African Social Policy Research Institute shows.

Giving rural provinces more money is an attempt to redistribute resources to areas of greatest need, but once money leaves the national coffers, there are serious flaws in how funds are allocated.

Once provinces receive their share, they have full discretion over how that money is distributed — and this is largely done behind closed doors.

The North West province, for instance, only allocates 26% of what it receives from the treasury to healthcare — this is almost 10% less than the average spent on health in other provinces.

Processes to divide resources within departments remain equally opaque. In recent years, this has seen the emergence of ad hoc and ill-considered cost-cutting measures. Gauteng’s deadly decision to move almost 2 000 mental health patients out of state-sponsored care at Life Esidimeni facilities is but one example.

In rural areas, we have seen facilities serving the most impoverished communities reduced to skeleton staffing levels. With so few employees, these clinics and hospitals have barely been able to continue providing basic health services, let alone the specialised outreach services needed by, for instance, people with disabilities in remote areas.

The treasury confirms that there has been about a 1% reduction in health posts nationally.

Although the treasury’s directive to cut posts came with calls to protect the positions of frontline health workers, this “rationalisation” has definitely affected the delivery of healthcare to society’s most vulnerable citizens. Worse still, this has occurred outside the public domain with little or no consultation with those directly affected.

We have seen the impoverished people lose faith in the health system after spending what little money they have to travel to a facility that may not have medicine in stock or a doctor on call.

South Africa may be faced with an economic crisis, but radical transformation requires a change in the way we fund healthcare.

We hope the proposed National Health Insurance will provide the answer, but it is still in its infancy and what the provinces’ role will be remains unclear. Whatever is decided, the goal of access and equity must be protected. There is no better time for radical transformation than now.

Russell Rensburg is programme manager for health systems and policy at the Rural Health Advocacy Project and Marije Versteeg-Mojanaga is the project’s director.