Rape culture doesn’t start when a rape is committed. It is built in slow steps in everyday events that help normalise gender-based violence.

It was a Friday afternoon at school and the learners were doing their weekly cleaning of the classroom. As usual, the boys were trying to get out of sweeping and mopping because they think that it’s the girls’ job. I was standing in front of the classroom, making sure that they don’t do a half job; they don’t really care about this kind of thing, especially on a Friday.

One of the girls was leaving the classroom and a boy was coming back inside. He looked at her as they crossed paths. Just as she walked past him, he smacked her bum. Naturally, the girl screamed. The boy just gave her this menacing look.

Then she turned to me. In that moment I just shouted: “Hey! Uyenzani [What are you doing]?” He looked at me and said: “Hawu ma’am! Ngiyadlala nje [I am just playing].”

The other learners were also not bothered and thought all of this was just a joke. But I could see how humiliated the girl felt. I was surprised by his behaviour, but at the same time I was not shocked.

I stopped everything and I told the boy that this is how he will end up being a rapist. He cannot touch a girl like that without her permission. I told them doing things like that is the fastest way to end up in jail. He apologised to the girl and promised never to do that again. There was relief on her face.

I have been a teacher for 16 years now and I want my learners to be better than the communities they come from. I want to see them become better people. If I had ignored that incident, I wouldn’t be helping them become better.

As told to Pontsho Pilane by Nontokozo Buthelezi, a teacher at Enhlube Combined School in Nomponjwana, in KwaZulu-Natal.

School of hard knocks: These children go to class in an open field 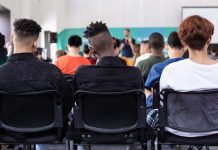 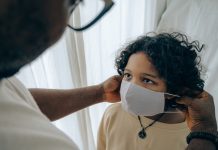