Pharmaceutical companies say that delayed drug registrations by the Medicines Control Council may have played a role in stock outs.

A deadly national cancer drug shortage is approaching its third month and patients may have to go without until October – if they can make it.

In February, Nic Basson was diagnosed with glioblastoma multiforme, a fast-growing malignant brain tumour. The tumour is located in his brain’s language centre and affects his ability to communicate.

He was prescribed the steroid betanoid to help control inflammation associated with the tumor. But in April, his local pharmacy told his wife, Debra, that it could no longer fill his prescription, sending Debra on a frantic country-wide search for the drug – to no avail.

She explains: “Within 24 hours without betanoid my husband had lost his ability to speak.”

She continues, softly: “He also has memory loss, so even when he can find words, he forgets what he was going to say. He is essentially trapped in his own mind.”

Betanoid is not just used to treat brain tumours, the medicine is also prescribed to patients battling leukemia, lymphoma and kidney diseases, warns Michael Herbst, health specialist at the Cancer Association of South Africa. Herbst says he is appalled at the shortage.

For cancer patients, skipping a day of betanoid can be life-threatening.

Betanoid works by suppressing the body’s release of stress hormone cortisol. To be effective, the treatment must be taken at exactly the same time every day to ensure that patients have enough of the drug in their blood at all times. Patients who stop taking betanoid have to be weaned off the drug slowly in order to allow their adrenal glands, where cortisol is produced, to slowly return to their normal function.

Herbst warns: “Patients cannot just stop taking betanoid. They could go into a state of shock – and nothing will be able to get them out of it.”

According to US non-profit the Mayo Clinic, withdrawal symptoms from steroids like betanoid also include severe fatigue, body ache and weakness.

Aspen Pharmacare is the sole manufacturer of betanoid for South Africa and says it cannot resume producing the drug until drug regulator the Medicines Control Council (MCC) approves a new manufacturing facility, according to spokesperson Shauneen Beukes.

Aspen did not say when production will resume, but Cape Town’s Groote Schuur Hospital’s spokesperson Alaric Jacobs said they were told to expect stock by the end of October.

National department of health spokesperson Popo Maja has confirmed a nationwide shortage but says the department has imported alternatives to betanoid — dexamethasone and prednisone — to prevent interruptions to cancer care. These drugs are not registered for use in South Africa and must be procured with special MCC permission.

Director of pharmaceutical company Haempharm Caroline Rich says her company will apply to the MCC to register dexamethasone for use in South Africa as a possible alternative to betanoid early next year.  She says applications to register the drug have  been unsuccessful: “We need to get this drug registered as a matter of urgency.”

Although the country has rushed to import alternatives to betanoid amid stock outages, they may not work for everyone.

Both Rich and oncology pharmacist Carien van der Merwe say that switching patients from betanoid to prednisone is tricky. Van der Merwe, owner of The Oncology Pharmacy, says patients like Nic are often prescribed high doses of prednisone, which is not as potent as betanoid. Patients often suffer from increased side effects as a result.

Nic is now using prednisone but Debra says the medication has left him with side effects such as heart palpitations.

South Africa’s national betanoid shortage comes about one year after Bhekisisa reported a national stock out of common childhood cancer treatments. At the time, doctors complained that the MCC had also been slow to respond to individual requests for special access to generic dexamethasone after the registered provider of the brand name drug, Merck & Company, discontinued production. 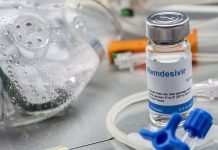 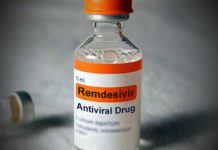 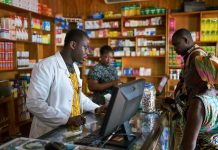 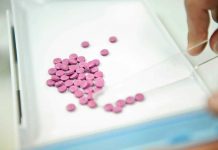 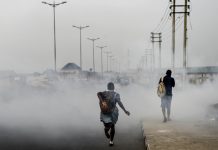 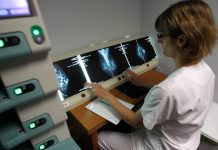