Activists warn new data shows government may have invested millions into the wrong female condom and may be on the verge of doing it again.

Every year, South Africa distributes tens of millions of female condoms, making the country home to one of the largest female condom programmes in the world, research published in the 2017 South African Health Review (SAHR) shows.

The tenders for these condoms are big business. The government paid billions to suppliers of male and female condoms, as well as lubricants, for three years as part of the most recent tender.

The health department should be commended for ramping up the number of female condoms it has bought and distributed over the past decade, surpassing its own target of 25-million annually in 2015/2016, the research reveals.

But, as the department prepares to issue the latest condom tender, serious questions remain about whether the new contract for female condoms will fall victim to the same failings as its predecessor.

Just over three years ago, the department awarded the bulk of the female condom tender to Cupid Limited, manufacturers of what was then the new Cupid female condom. As part of the agreement, the company would supply South Africa with about 14.9-million condoms, which feature a large sponge used to anchor the condom during sex.

During this period, the government also distributed another new female condom bought under a previous tender called Pleasuremore, which had not been approved by the World Health Organisation (WHO).

The health department continued to use the condom even as new 2015 tender rules that required all female condom producers to provide proof that their products had been recommended by the WHO’s female condom technical review committee. There has been no public explanation for this decision.

The remainder of the tender went to the producers of the FC2 Female Condom, which has a long history of use in South Africa. Both the Cupid and FC2 condoms are WHO-approved.

Members of civil society warned that introducing new brands without any social marketing or on-demand support or training by their manufacturers for health workers or communities could confuse people. It could also mean that women wouldn’t know enough to ask for newer contraceptives and health workers wouldn’t feel confident enough with their own knowledge to promote them.

Despite this caution, the tender went ahead.

For as long as South Africa has had a national female condom programme, donors, advocates and health workers always advocated that for each rand spent on a female condom, a corresponding amount has to be spent on promoting its use. This means that for every female condom that South Africa buys, there needs to be training, workshops, pamphlets and posters to support its use.

This did not happen with the previous female condom tender.

The reality is, unless communities know about female condoms and where to get them, they won’t use them. Instead, as long as health workers do not know how to promote them, let alone demonstrate them, those condoms will be left to expire on clinic shelves.

The company that makes the FC2 female condom, the Female Health Company, spends hundreds of thousands of rands on training women’s groups, nongovernmental organisations (NGOs) and provincial health departments on the use of its product.

For years, civil society has been able to pick up the phone and request information and training from the company. It provided posters, flyers, videos and a range of tools to empower health workers and advocates to educate people about the condom’s features, benefits and potential for pleasure.

When people knew more about the condoms, they came back for more.

New research shows activists were right to be worried about the previous tender.

The SAHR review, compiled by the Health Systems Trust, has a chapter on South Africa’s national female condom programme. Data was collected between 2014 and 2016 from health department clinics and hospitals as well as 28 non-public-sector sites, including NGOs, tertiary education institutions, social-marketing outlets and private-sector sites.

Mags Beksinska, the deputy executive director of the MatCH research unit at the University of the Witwatersrand, explains: “The study revealed that 99% of sites had ever distributed the FC2 female condom followed by 34% percent of sites that ever distributed Cupid, which many of the sites had never seen or heard of.”

What does this mean? Cupid Female Condoms, which cost about R4.30 each, did not get into women’s hands.

We estimate that this translates into R127-million of possibly wasted money spent on a contraceptive choice that was effectively “dumped” into the healthcare system without adequate investment — no awareness campaigns, no training, no support.

The health department is likely to be on the verge of awarding the next female condom tender and, if it repeats its past mistakes, we risk spending millions on contraception that is supposed to put the power of HIV protection back into women’s hands.

But it’s not too late to avoid this.

As part of its new tender, the department must adopt a staggered ratio approach in introducing new products. This means it should gradually introduce products like Cupid as awareness of the product grows but maintain the availability of the FC2 to ensure that those who have been using this product since 1998 can continue to access it.

Companies who successfully bid for the tender must demonstrate how they will support the roll-out of their products with rights-based, accessible and locally relevant materials, training and support. This training and support cannot be generic. Different brands of female condoms are used differently and have different features, so generic messaging and communication about “all” brands is harmful.

When companies make their commitment clear, the health department must also support them.

The department must also ensure that tendering is done in a transparent and accountable way and that bids are weighted according to which manufacturer can provide programming support to avoid wastage.

Finally, the department should develop a well-functioning forecasting and stock system, similar to those being used to avoid medical stock-outs, to ensure sufficient stock of different types of female condoms and to offer choices at all times, and then use this data to ensure that future tenders are conscious of demand.

The female condom remains one of the few tools we have that can prevent HIV and other sexually transmitted infections as well as unplanned pregnancies. We have to get it right. In a country where the latest national HIV household survey shows that almost a quarter of new HIV infections occur among young women, we can’t afford not to give millions of women and girls a fighting chance to stay HIV-free.

Tian Johnson is the founder of the African Alliance for HIV Prevention and has consulted for the South African National Aids Council as well as the Female Health Company and Cupid Ltd. Nomfundo Eland, Silungile Mntambo, Fiona Nicholson, Johanna Kehler, Yvette Raphael, Ntando Yola, Thuthukile Mbatha and Mags Beksinska contributed to this article.

When government tenders are advertised, they are always placed on the state’s tender website. Even after an award, the contract circular is published. The female condom tender in question, titled HM01-2012 CNDM/ 01 (supply and delivery of male and female condoms to the department of health for the period up to 30 November 2014), was published on the tender website.

In annexure B of the tender specifications (within the invitation to the bid document), on page 38, under the heading “female condom single-use procurement specification: national department of health specification”, the following is stated: “New female condoms designs that are sufficiently similar to a design that is already approved and marketed may claim exemption from the clinical investigation requirements.”

The supplier used this clause to claim exemption from the WHO pre-qualification process. He provided proof that his condom, named Pleasuremore, was similar in design to FC2, which is already WHO approved.

The three different types of female condoms that were distributed within this tender were similar. All female condoms need to have an insertion feature to explain the proper insertion and deployment of the condom. FC2 and Pleasuremore have a “ring” and Cupid has a “sponge”. Instructions for use are exactly the same.

National training materials on HIV testing services have a module for correct condom use. This training has been offered, and is still being offered, to healthcare workers such as lay counsellors, community health workers and implementers of sexual reproductive health to train them on the correct use and demonstration of both male and female condoms.

Both the national and provincial departments of health are working closely with the trainer from the Female Health Company to augment the training offered by the government. The national department of health has further developed a national condom-training curriculum in consultation with provinces and implementing partners and regional training centres. The Female Health Company was also part of these consultations and their national trainer attended part of the training provided to provinces.

Tian is the founder and lead strategist of the African Alliance for HIV Prevention, a member and convener of the Vaccine Advocacy Resource Group and a member of the Strategic Advisory Group for the Coalition to Accelerate and Support Prevention Research (CASPR). 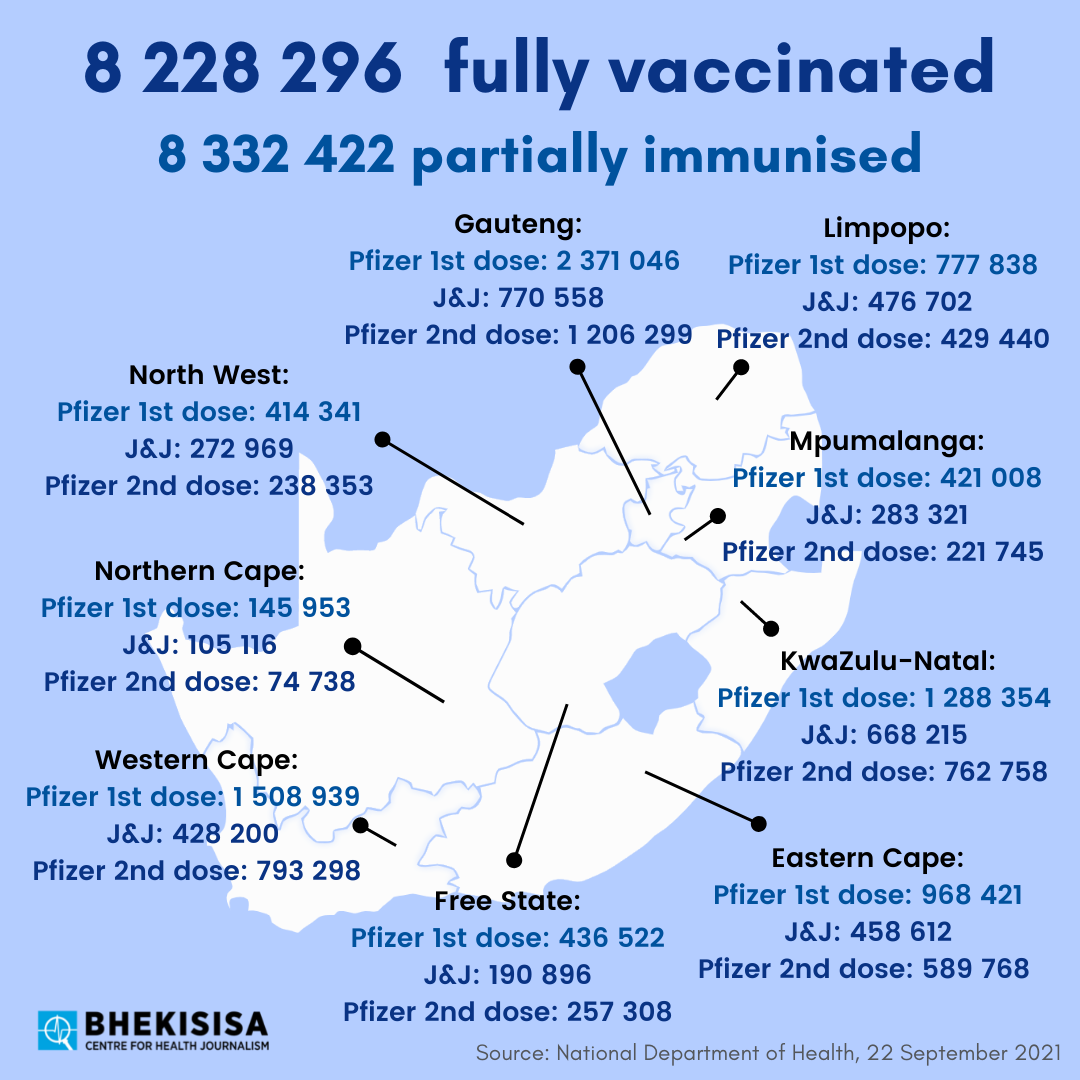