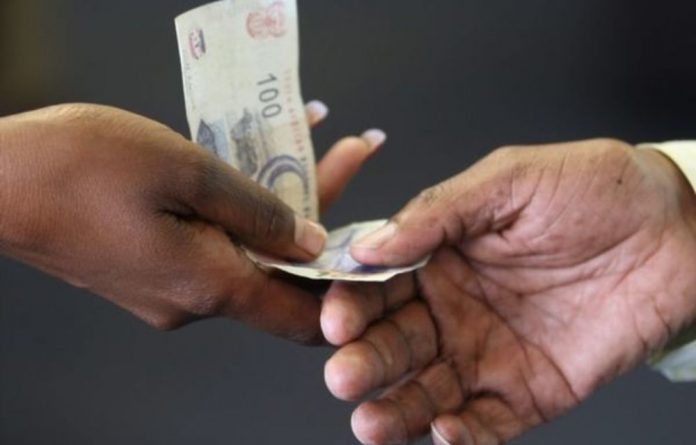 The National Health Insurance (NHI) scheme seems to be back on track. On Wednesday, Finance Minister Malusi Gigaba announced a 49% increase over three years for a conditional grant that goes to the national health department to fund the NHI, as well as an additional R4.2-billion for the scheme over the next three years that will be funded by gradually decreasing medical aid tax credits.

“After a long time of stalling, the NHI looks like it might become a reality again,” argues Sasha Stevenson, attorney for the social justice organisation Section27.

The NHI will pool funds to make healthcare services free at the point of delivery for everyone, regardless of their income. Estimates of its cost vary but some experts ay it could be as high as R400-billion a year.

Watch: What is the NHI?

The government started to pilot the NHI in 2011, but an initial white paper was only released in 2015. About two years later, the country is now closer to an NHI Bill, which will provide a framework for the scheme’s implementation and its financing.

In his State of the Nation address, President Cyril Ramaphosa announced that the time has arrived to “finally implement universal health coverage through NHI” and that the NHI Bill would be “processed through government” and “be submitted to parliament in the next few weeks”.

In December, the ANC vowed to increase the number of sites piloting the universal healthcare scheme in a show of commitment to the NHI.

But Stevenson is concerned that it hasn’t been made clear what plans are in place to improve the ailing health system so that hospitals and clinics can cope with the additional services and patient loads that the NHI will demand.

“We would need to see the Bill before we can be too positive. We simply don’t know if our concerns with the White Paper have been addressed or not,” Stevenson says.

Gigaba did however acknowledge such difficulties in his budget speech: “It should be noted that provinces face different challenges when it comes to the delivery of health services, and national government is aware and working towards resolving these challenges, whilst fast tracking the testing of platforms in preparation of the NHI,” he said.

Listen: Why does the government want your tax credits?

While Rensburg believes that indications that an NHI bill is imminent are positive, he points out that Gigaba’s additional funding for the NHI still falls far short of the R20-billion Motsoaledi had hoped to collect from axing medical aid tax benefits.

When Health Minister Aaron Motsoaledi unveiled the NHI white paper in June 2017, he said that the almost decade-long phase-in of universal healthcare would begin with the most vulnerable: Young children, pregnant women and the elderly. Rensburg says that those who stand to be first in line for NHI benefits may be increasingly limited and mostly confined to school children and at-risk pregnant women under new, tighter budgets.

Private health sector representatives have also warned that they believe country is much further from an NHI than timeframes provided by the president and finance minister imply. In a statement, the director and head of healthcare and life sciences at Werksmans Attorneys, Neil Kirby said: “Although a Bill is produced that within and of itself presents only a small step in the achievement and implementation of a relevant, meaningful and effective national health insurance scheme and thus does not represent that the scheme is ’round-the-corner’ or legally imminent.”

Facebook
Twitter
Pinterest
WhatsApp
Previous article
Vaccines in the time of cholera: Inside the new fight against an old foe
Next article
The Ronald McDonald socks aside…How serious is Cyril about South Africans’ health?