What started as a typical Wednesday in January for Nadine Munsamy quickly turned into her worst nightmare.

“I got home from work just after 5pm. I took a shower and I could feel my baby moving lower, down into my abdomen,” she recalls.

She was 24 weeks pregnant.

Munsamy, 28, had just relocated from Johannesburg to Durban to be closer to her family. She was living with her aunt, a retired nurse, in the suburb of Westville.

“I told her that my baby was moving down and I asked if this was normal.” Her aunt became concerned and told Munsamy to lie down on a bed with her legs raised. She placed her hands on Munsamy’s stomach and began massaging it, hoping to calm the fetus.

But the baby was still in distress.

Within an hour, Munsamy’s aunt had her rushed to a nearby private hospital from where she was transferred to RK Khan, a government facility in Chatsworth because she didn’t have medical aid.

“The nurses prodded on my stomach to see how far along I was. They told me that I should start pushing when I get the urge to do so,” Munsamy recalls.

Five hours later, there was still no baby.

Then, around 6 o’clock the next morning, it happened: Munsamy gave birth to a baby boy. He was extremely premature and weighed just 550g.

But almost as soon as he arrived, he was rushed o to the hospital’s neonatal intensive care unit. 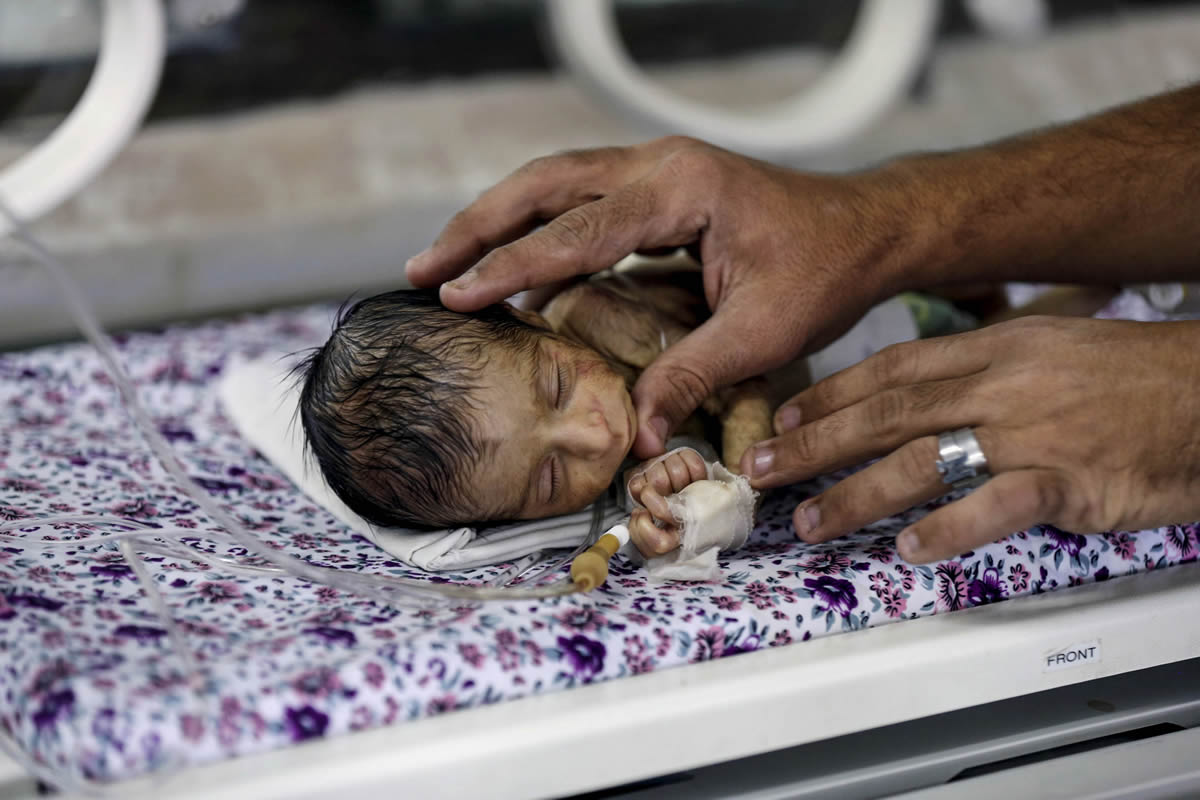 About 12 out of every 1 000 babies born alive will die before the age of one month in South Africa. Could better-trained staff change all that? It did in Tanzania.

Globally, about 14.9-million babies were born prematurely or before 37 weeks of pregnancy, according to research published in 2012 in The Lancet medical journal. Studies have shown that a range of factors from alcohol abuse to HIV infection and even obesity can lead to premature births. For babies, this early debut can put them at risk of a host of conditions, especially difficulty breathing because of their underdeveloped lungs, the 2012 research shows.

Being born prematurely is also the single largest cause of death for newborn babies, or infants who die within their first 28 days of life, a 2013 study in the journal Reproductive Health reveals.

Hours after nurses rushed her baby into ICU, Munsamy went to see him.

“His tiny body was just lying there in the incubator. There weren’t any machines to help him breathe or anything,” she remembers.

Babies like hers born weighing less than one kilogram, doctors warned, rarely survived. This means doctors make heartbreaking choices as they triage infants, forcing them to allocate scarce resources such as incubators to the babies with the best chances of surviving.

“[The doctor] explained to me that if another premature baby was born right now and weighed a kilogram or more, the hospital would have to take my baby out of the incubator,” she says.

At 11am, a nurse told Munsamy that her son had died.

His life had spanned just over four hours. 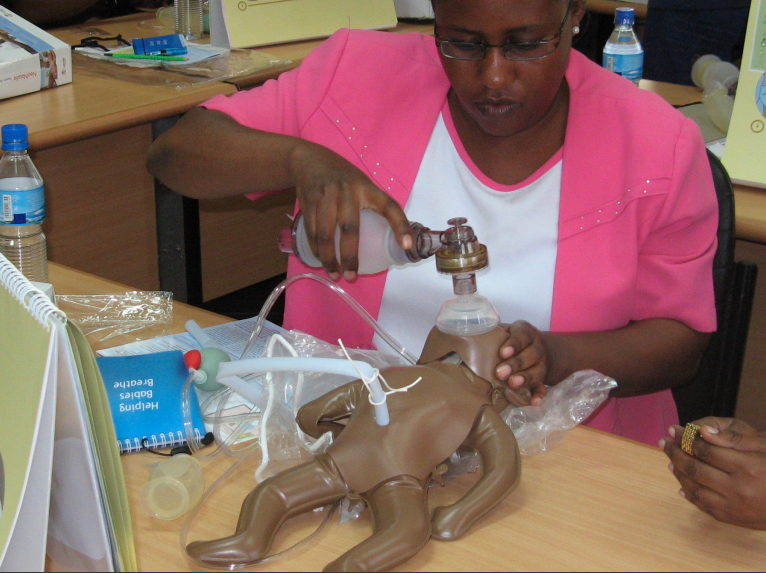 A nurse practices ventilating an infant dummy at a workshop in East Africa. Underdeveloped lungs and trouble breathing are some of the biggest threats to premature babies — and many facilities and health workers aren’t equipped for it.

Today, South Africa boasts the world’s largest antiretroviral programme and as the numbers of people on HIV treatment rose, deaths among children under the age of five plummeted, research published in the South African Medical Journal (SAMJ) in March shows. Between 2005 to 2015, deaths among this group fell by almost half.

But death rates among newborn babies delivered in public facilities — mostly at district hospitals — haven’t changed much in the past decade. About 12 out of every 1 000 babies born alive will die before the age of one month, the SAMJ research finds.

Unsurprisingly, prematurity remains the leading cause of these deaths, which most often happen within the first week of life.

The SAMJ study compared a range of data on neonatal deaths, including those from the national health department, Statistics South Africa and the Medical Research Council. It found serious gaps in the information collected, particularly when babies died after leaving hospital. But it also revealed that a lack of specialised facilities and equipment, as well as a dearth of intensive care unit (ICU) beds and ventilators, were among the top preventable and health system-related causes of death among babies.

SAMJ authors say the death rate of babies such as Munsamy’s remains “unacceptably high” for a country with South Africa’s resources. 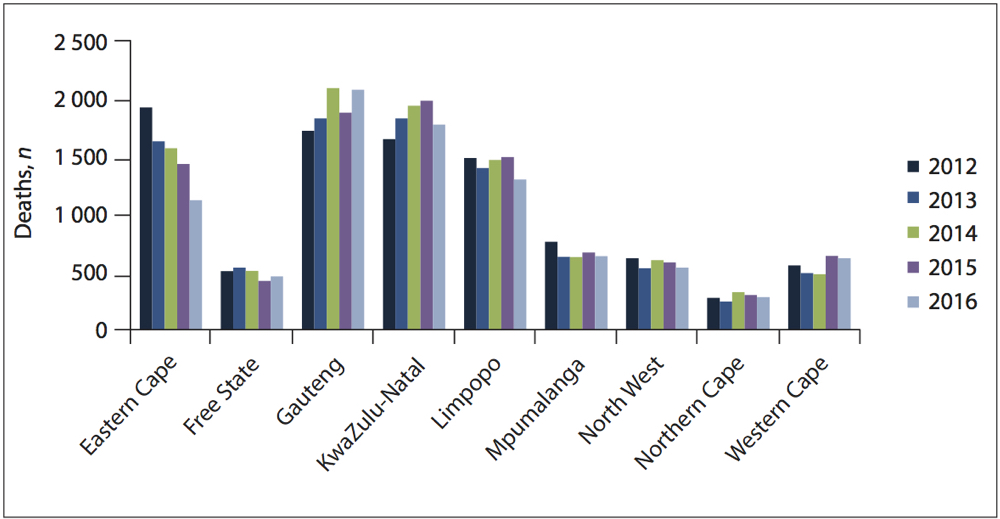 It will be difficult for the country to reduce newborn deaths to the levels seen by other middle-income countries such as Mexico and Brazil, says Yogan Pillay, the national health department’s deputy director general for communicable and non-communicable diseases prevention, treatment and rehabilitation. These countries have brought neonatal death rates down to about eight deaths per 1 000 live births, 2017 data from the United Nations Children’s Fund shows. Thailand has done even better, slashing rates by more than half of that.

To join this club, South Africa would need to hire more paediatricians and ensure that all neonatal wards have incubators, piped oxygen, respirators and trained staff, he says.

Since 2013, the national health department has started training health workers in better neonatal care using curriculums such as the international Helping Babies Breathe programme. Since it launched in 2010, Helping Babies Breathe has been used in almost 80 countries — and in every country in Southern Africa, according to a 2015 evaluation.

Designed by the American Academy of Pediatrics, the programme is based on evidence evaluated by a range of international experts, including those from Southern Africa. As part of the course, health workers learn what to do when newborns are struggling to breathe, including helping to clear their airways and how to stimulate breathing.

In Tanzania, the project significantly reduced the number of babies who died within the first 24 hours of life in eight hospitals. In a large 2013 study published in the journal Pediatrics, researchers found that the training programme slashed death rates even among infants who were more likely to die because they were born prematurely or had a low birth rate.

Key to the programme is the concept of “the golden minute”, says the Limpopo Initiative for Newborn Care on its website. The centre, which started out as a partnership between local universities, draws on the Helping Babies Breathe programme as it helps provincial health departments upskill workers.

It’s the idea that, within 60 seconds of being born, every baby should either be breathing well or be ventilated (breathing with assistance from health workers). Sometimes this can mean health workers place a mask over the child’s face that is connected to a large bulb-shaped bag. Health workers can manually squeeze the bag to stimulate air ow into a baby’s lungs or masks can be connected directly to oxygen supplies. Health workers will also use a small, coffee machine-sized device called a continuous positive airway pressure (CPAP) machine. These apparatuses use a stream of compressed air to deliver oxygen into the lungs of people who can’t breathe on their own, Standford University in the United States explains on its website.

But Western Cape-based paediatrician Alastair McAlpine says that, although these machines are relatively simple to use and inexpensive, they are rarely available outside large urban hospitals.

“The problem with South African child healthcare is that the tertiary hospitals are fantastically managed and have all the latest bells and whistles, but out in the peripheries is where it is needed the most,” he explains.

“If the health department wants to dent the country’s neonatal death rate, the focus should be on rural hospitals.”

In 2012, the national health department also rolled out a training programme developed by the Medical Research Council to 12 districts that together accounted for a large number of maternal deaths nationally, including the Eastern Cape’s OR Tambo and Ekurhuleni.

Researchers found that, by 2016, maternal deaths in these districts had reduced by almost a third whereas rates among the country’s other 40 districts dropped by just 5% in the same time, according to research published in March in the SAMJ. But training has limits. In Tanzania, Helping Babies Breathe may have saved lives but the project couldn’t completely change the odds for at-risk babies with low birth weights, which can be a reflection of the care mothers get before they deliver. Babies born tiny remained more likely to die even after Helping Babies Breathe was implemented, the 2009 research showed.

McAlpine says the work to end infant and maternal deaths needs to start long before babies and mothers end up in the delivery room.

“We need better antenatal care so that women are better taken care of during pregnancy.”