Zion Medical can’t explain the poor treatment Ugandan patients got as part of its ‘trial’ and its recent announcement may have added to the harm.

Bhekisisia reached out to the company, Zion Medical, that earlier this week released a press release stating it had found a drug that could lead to a “potential HIV cure”. Zion Medical has admitted that their trial is not registered with any regulatory authority. Read their answers in full at the end of this comment piece.

In an interview on 14 November with Bhekisisa, Zion Medical CEO Zyon Ayni told Bhekisisa that while the trial was not registered with the National Drug Authority (NDA), this kind of approval was not needed because the study took place in a military hospital. The Uganda National Council for Science and Technology (UNCST) has confirmed that regardless where a trial takes place, it must go through both the UNCST and the NDA.

Zion Medical’s original press release stated that it had worked with the non-profit health Mount Sinai organisation in New York on the drug. After Bhekisisa approached Mount Sinai to verify this, the organisation said it had no partnership with the biotech company and — following Bhekisisa’s inquiry — that Zion Medical had updated their press release to reflect that.

Fake news about HIV cures gives false hope to those living with HIV and even threatens to reverse some of the good work currently being done in the battle against the virus.

When there are reports of possible HIV cures, most people think of an immediate solution without clearly understanding the journey of medication from lab to shelf.

This week, Israeli company Zion Medical released a press statement claiming to have found a “potential” cure for HIV using the drug called Gammora after what it said was a 10-week trial of the drug. When Bhekisisa asked to see the peer-reviewed research to back up the claims, the drug company said a paper “was currently in the works”.

When bad science makes the headlines or Twitter, there are real consequences.

A long debate followed after this, mostly dominated by messages congratulating the company on finding the “cure”.

Statements like “Relief to those infected. They will get cured” appeared soon after.

We know that when, for instance, healers falsely claim to be able to cure HIV, people who believe this may stop taking antiretroviral (ARV) treatment. A  2014 study published in the Journal of Acquired Immune Deficiency Syndrome tracked about 400 patients in rural Tanzania who fell for an HIV cure hoax. Of those who actually sought out the local healer at the centre of this scam, ARV adherence dropped significantly albeit for a short time.

Meanwhile, the firm’s statement claimed that most — not all — of nine patients who received the drug saw “a significant reduction of the viral load of up to 90%” within the first four weeks.

Viral load is the amount of HIV in your blood. This kind of reduction is not new and has been described with many antiretroviral (ARV) medications, even older combinations as described in this 1997 letter published in the journal Nature.

Zion Medical’s “trial” was carried out at Dr Ronald Bata Memorial Hospital in Entebbe, Uganda, the company says in its release. There is no such trial registered in Entebbe, according to a search of the site ClinicalTrials.gov. One of the largest databases of its kind, the site is compiled by the US government’s National Library of Medicine based on information provided by the organisations and institutions that sponsor and sponsor and implement studies.

Even a cursory glance through the supposed methodology of the study is worrying. The statement seems to describe a study done in two, short parts several weeks apart and neglects to mention how many people participated in total in the experiment, also known as a sample size. Knowing how many people are part of a study — and how they were selected — offers essential clues to readers and scientists about how much we should trust a study’s results.

Questions do not end there.

The statement goes on to describe how some patients were given the common ARV Aluvia while others received Aluvia and Zion’s experimental drug twice a week.

Aluvia itself is a combination of two ARVs, lopinavir and ritonavir. HIV treatment is always prescribed as a course of three drugs to help prevent resistance. It is important to note that prescribing Aluvia monotherapy, in other words, so use as a single drug — and not in combination with at least two other ARVs — is not an appropriate standard of care.

No safety data were reported so one can also not conclude that Zion Medical’s proposed treatment is safe and well-tolerated. 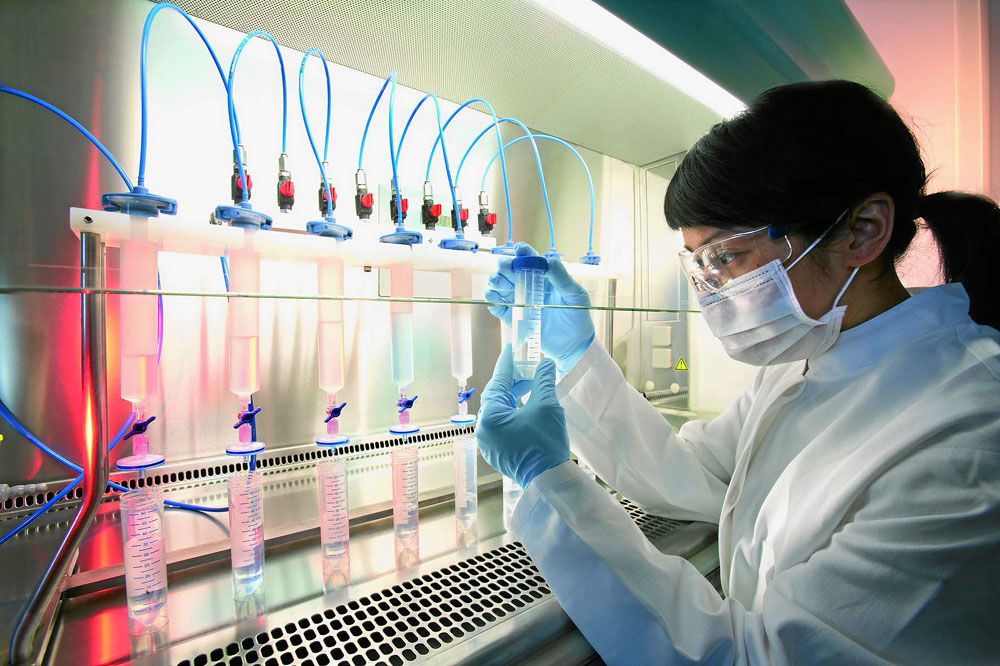 From start to finish: Even if Zion Medical’s claims about a potent new HIV drug are true, it will be years before it’s on the market. Understanding the long road to new medications is important for managing the public’s expectations. This road should start with a peer-reviewed study.

Knowing how drugs are made and tested can help us sort the bad science from the good. All drugs have to go through a rigorous scientific process before they can be licenced as safe and suitable for patient use. This usually happens in six sequential steps of medicine development. The first phase is called “pre-discovery”, and this is mostly a desktop review of the literature. Next, scientists get to work in the laboratory, testing out the chemical compounds that could — after almost a decade of testing — finally make it into a new drug. This second phase alone lasts about four to five years.

Once researchers think they might be onto something, that’s when pre-clinical testing happens. Here, researchers will use computer models, vials or Petri dishes of cells and animals to see whether experimental drugs work and are safe.

Next, novel drugs move to Phase 1 clinical trials in which the drug is tested in about 10 to 100 healthy people to see if it’s safe to use in people – tack on another seven years for this stage of development.

In phase II clinical trials, about 100 to 500 patients who actually have the disease that the drug is meant to treat gulp down doses – this number jumps to between 1 000 to 5 000 such patients in the next stage, phase III clinical trials. Phase III trials generate data about safety, efficacy and the overall risk-benefit ratio of the medicine.

In total, all these steps take can more than nine years, estimates a 2010 study published in the journal of Clinical Pharmacology & Therapeutics.

Zion Medical chief operation and development officer Esmira Naftali told in a statement this week Bhekisisa that the company was announcing the results of a Phase 2a study this week.

Even if Zion’s drug was indeed as effective as its eight-paragraph press statement boasted, it will still take many years before it could be available on the shelf.

The above critique is just an example to demonstrate how little we really know about these results. Even articles debunking the research, such as one published by News24 included the word “cure” in the headline: “ HIV cure ‘smacks of quackery’ – scientist”.

A large number of people just read the headlines and not the actual article. The language used by News24 in the title is sensationalist and created the impression that a cure does exist. Even the material released by Zion Medical refers to a “potential cure”.

Meanwhile, the department of health has not issued any response regarding this very important issue.

While the government can’t be expected to respond to all fake news, this case has grabbed the attention of the nation.

It is therefore crucial for the government, in particular, the health department, to come up with a strategy of combating this issue.

Bhekisisa put the following questions to Zion Medical regarding the press release and as right of reply to the above comment piece. The company’s answers appear below:

*[Editor’s note: The World Medical Association’s internationally recognised Declaration of Helsinki sets out ethical principles for medical research involving human subjects. It is a document and not an approval by any regulatory body, which Zion Medical later confirmed when this fact was pointed out by Bhekisisa.]

[Updated 14 November 11:06 am. The public relations firm Spector & Associates, Inc requested that a quote previously attributed to one of its account executives be changed to reflect that the answer came from Zion Medical’s Naftali. The story was later updated on 19 November to include additional comment from Zion Medical and the Uganda National Council for Science and Technology.]

Sanele Ngcobo is a clinical associate and PhD candidate in family medicine at the University of Pretoria. Follow him on Twitter @sanosanele.