Dinah Mbalati was still in bed when she heard it. Something heavy was being dragged across the house’s concrete floor. Then she could make out the sounds of the front door opening, of someone stepping out into the front yard.

She got up to see what was happening. As she got outside, she saw him: there, in the early morning sunlight, was her uncle David bent over his mattress.

He grabbed the mattress with both hands and then began to pull it apart, Mbalati remembers.

After that, he slept on the floor. The scene wasn’t entirely out of place at the Mbalati home in Soweto. In 2015, the Gauteng health department decided to terminate its contract with the Life Esidimeni hospital group, which had provided state-funded care for psychiatric patients for decades. Diagnosed with schizophrenia almost nine years ago, David was one of the almost 1 700 patients who had to leave Life Esidimeni.

Many patients went to unlicensed nongovernmental organisations and at least 144 eventually died. The Gauteng health department still can’t trace 20 of the patients it removed from the private facilities, Democratic Alliance spokesperson on health Jack Bloom said in a recent statement.

But David, who has schizophrenia, went home.

Schizophrenia is a severe, chronic mental illness characterised by a distortion in perception, emotions and behaviours. The condition often results in hallucinations, delusions, disordered thoughts and abnormal behaviour, the World Health Organisation explains.

At Life Esidimeni, medication helped to control David’s symptoms. But back home, he stopped taking his daily drugs. The man whose family described him as kind and loving with a quiet demeanour began to act out in destructive and sometimes violent ways.

Even if David couldn’t see it, his family could: he needed to be readmitted into hospital.

That’s when the problems began. The vast majority of people with mental health conditions will never become violent. In fact, mental health patients are more than twice as likely as the general population to be victims of violent crime than to commit it, a 2014 study published in The Lancet medical journal found.

But when people with mental illness do become gravely ill, so sick that they are a risk to themselves or — in rare cases, others — the law provides for people to intervene on their behalf.

Under the 2002 Mental Health Care Act, people like David can be admitted into designated hospitals and kept there for 72 hours in specially reserved wards. During this time, they’ll be observed by healthcare workers to determine whether they need treatment, more specialised psychiatric care or if it is safe for them to return home.

Getting volatile patients like David to these units can be a battle.

Dinah’s mother Jeanny, David’s sister, estimates they phoned the police at least five times for help in getting him to one of these specialised wards. Each time, the police would arrive with sirens blaring, scaring David, who would “disappear”, Jeanny remembers.

“He runs fast, fast, fast. You will never catch him.”

But when emergency medical services arrived, they refused to take David because they weren’t equipped to restrain him — and couldn’t administer medication to calm him down during the ride to the nearest specialist facility, Dinah explains. “They’d say, ‘No, you need to call the police if the patient is violent.’” 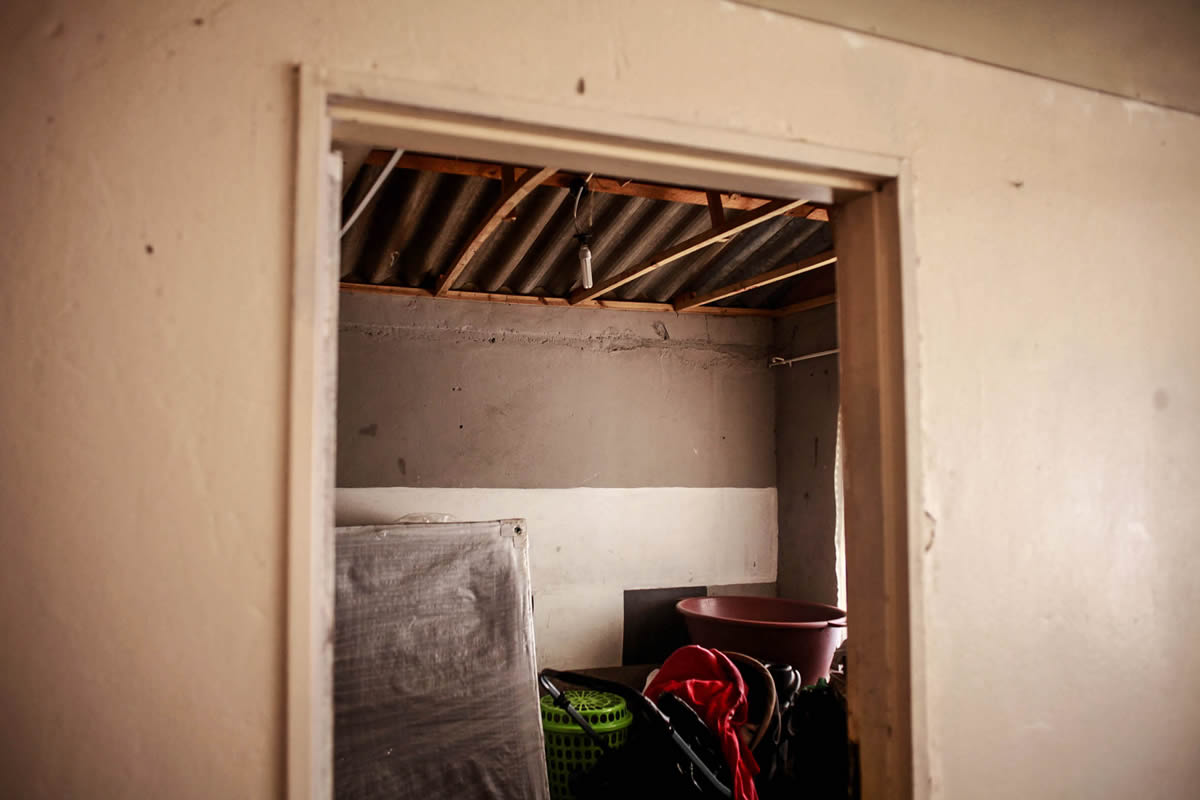 David stayed with the family in this room, now used for storage, for more than a year before they could find him help after he was removed from Life Esidimeni facilities. (Oupa Nkosi)

When we get sick we go to the doctor, and the National Health Act protects people’s right to choose when they seek out and receive medical care. But, under the Mental Health Act, the South African Police Service (Saps) must intervene if someone is a threat to themselves or others because of mental illness, taking them to the nearest designated facility for a 72-hour assessment.

For desperate families, police are a lifeline and most often the only way patients who are acting out make it into 72-hour facilities, a 2010 study published in the journal Psychiatric Services argues. As part of the study, University of Cape Town (UCT) researchers reviewed the records of 151 hospital admissions for schizophrenia and found that, in one out of two cases, police played a role in getting patients to hospital.

But as the Mbalati family learned, this doesn’t always happen.

This isn’t lost on Christine Nxumalo. Her sister, Virginia Machpelah, died during the Life Esidimeni move. Today, she continues to represent other Life Esidimeni patient families as part of a family committee.

She says several families who took ill loved ones home during the move have turned to the police for help to get violent family members readmitted.

“The police and the ambulances haven’t been trained in how to deal with these situations.” 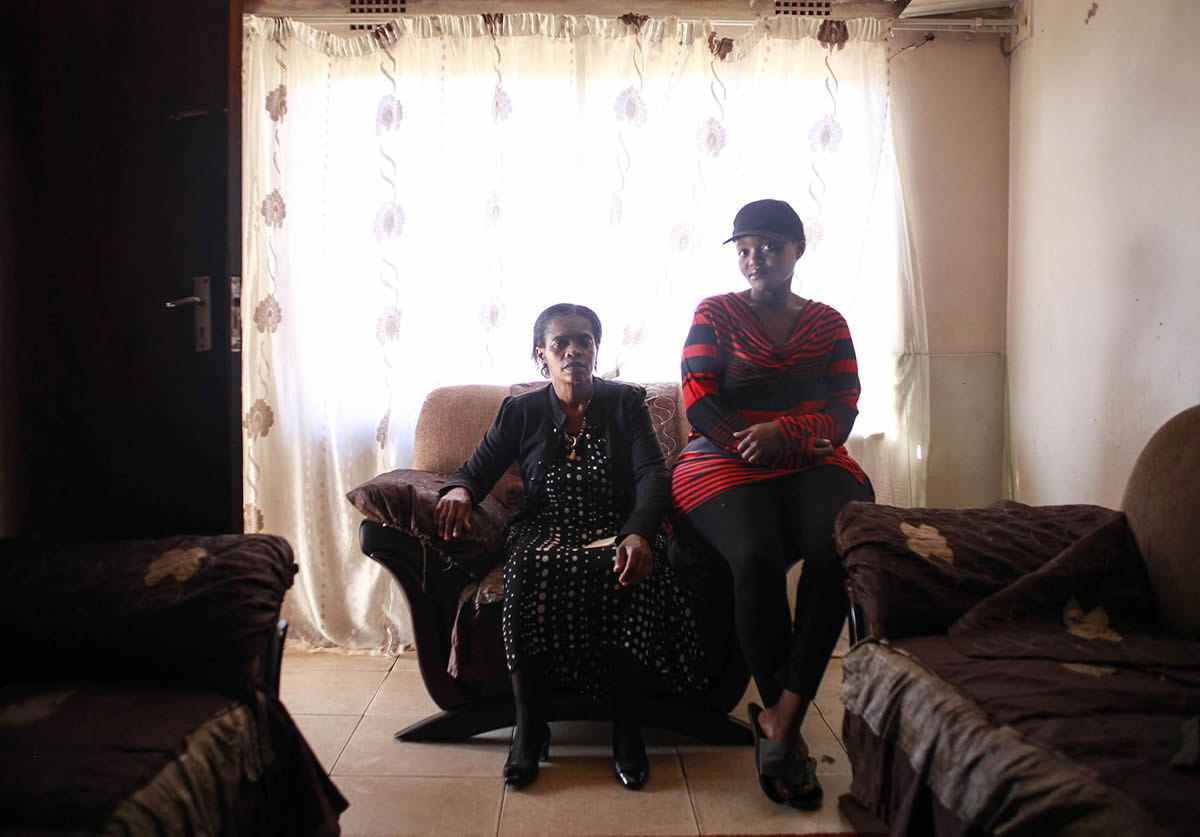 What would you do if someone you loved became a danger to themselves? (Oupa Nkosi)

Numerous studies over the years have called for better and more training for Saps personnel on dealing with mental health patients. The country’s mental health strategy even recommends developing guidelines to assist police in managing patients who are on the way to hospital or waiting to be admitted.

The Gauteng health department trained 60 officers on how to handle mental health patients in July, acting director of mental health Kobie Marais says. But, nationally, it’s unclear whether this kind of training happens regularly or whether the guidance envisioned in the mental health policy for police has been developed.

The Saps did not respond to Bhekisisa’s requests for comment. Eventually, more than a year after they had first contacted the authorities for assistance, Jeanny’s oldest daughter, Flavia, called the police before sunrise one day and pled for help.

“I think I spoke to someone that understood and who could feel my frustration,” Flavia says.

The police van arrived silently and David got into the back without a struggle.

They took him to Soweto’s Bheki Mlangeni District Hospital, which is one of 17 district hospitals in Gauteng designated to provide 72-hour observation services, according to a list provided to Bhekisisa by the Gauteng health department. The 2014 document — the latest available — shows that fewer than half the hospitals had dedicated wards for patients. Although this is allowed under national guidelines, even health department regulations caution that this puts psychiatric patients at risk because wards may be poorly secured and staff may not be properly trained to care for them

In fact, Gauteng has the smallest number of designated 72-hour facilities among four provinces when compared to a list provided by the South African Federation for Mental Health of facilities in Mpumalanga (26), KwaZulu-Natal (29), the Western Cape (52) and Limpopo (66).

In Limpopo, some wards only have as few as seven beds and cannot always cater for all genders of patients.

“Patients often actually have to be admitted and placed in other wards, which is a risk.”

Guidelines for 72-hour facilities recognise that gravely ill patients may pose a risk to themselves or others so they require wards meet strict safety standards, including panic buttons for staff, bolted-down furniture and closed-circuit television monitoring

Even when designated wards are available, they aren’t always properly staffed, as postdoctoral researcher Abigail Ornellas describes after working at a 334-bed public hospital in the Western Cape.

“The social care staff — consisting of three full-time social workers, one part-time psychologist and a handful of medical students and practitioners — was hopelessly insufficient to meet the patients’ needs”, Ornellas writes in a 2018 study published in Stellenbosch University’s Social Work journal.

“The team was already struggling to render basic services to the general hospital population, and hence the needs of mental health patients in the 72-hour observation ward were often left to the care of nurses and student doctors”, she explains. “It was then that I became aware of the barrenness that was mental health service delivery and, moreover, that this was not an isolated issue.”

Gauteng is trying to increase the number of patients it can accommodate in 72-hour wards, Marais says, but doing so is about more than just finding the physical space for beds.

“In order to add an extra bed, resources around the bed also need to be in place,” he explains. “Resources to activate a bed include human resources: doctors, nurses, social workers, occupational therapists, psychologists … as well as nonclinical services like security staff, cleaners and administrative staff.”

Today, David is one of the lucky ones who are able to access long-term psychiatric care. He recently celebrated his birthday in a hospital in the south of Johannesburg.

But until South Africa takes a more holistic approach towards mental health, Parker warns, many more patients may go without care.