Governments around the globe could fail to care for the increasing number of people forced from their countries as climate change and conflict claim a growing chunk of the world, experts speaking at the World Innovation for Health Summit in Doha warned this week.

More people are on the move than ever before. One in 30 people in the world were living outside their home country in 2017, a report by the United Department of Economic and Social Affairs found.

These numbers are likely to grow as climate change leads to more extreme weather and worsens conditions for people already living in poverty or in war-torn areas, forcing them to leave home, Monette Zard argues. Zard is the director of the Forced Migration and Health Programme at Columbia University’s Mailman School of Public Health.

“If climate change continues like it is now then some places will become uninhabitable. People will need to be relocated — we need a plan.”

Several small island states such as Tuvalu in the South Pacific and the Marshall Islands farther north are already exploring options. Rising sea levels will eventually force populations on those islands to become what the International Organisation for Migration dubs “environmental migrants”, a 2017 study published in the journal Regional Environmental Change found. 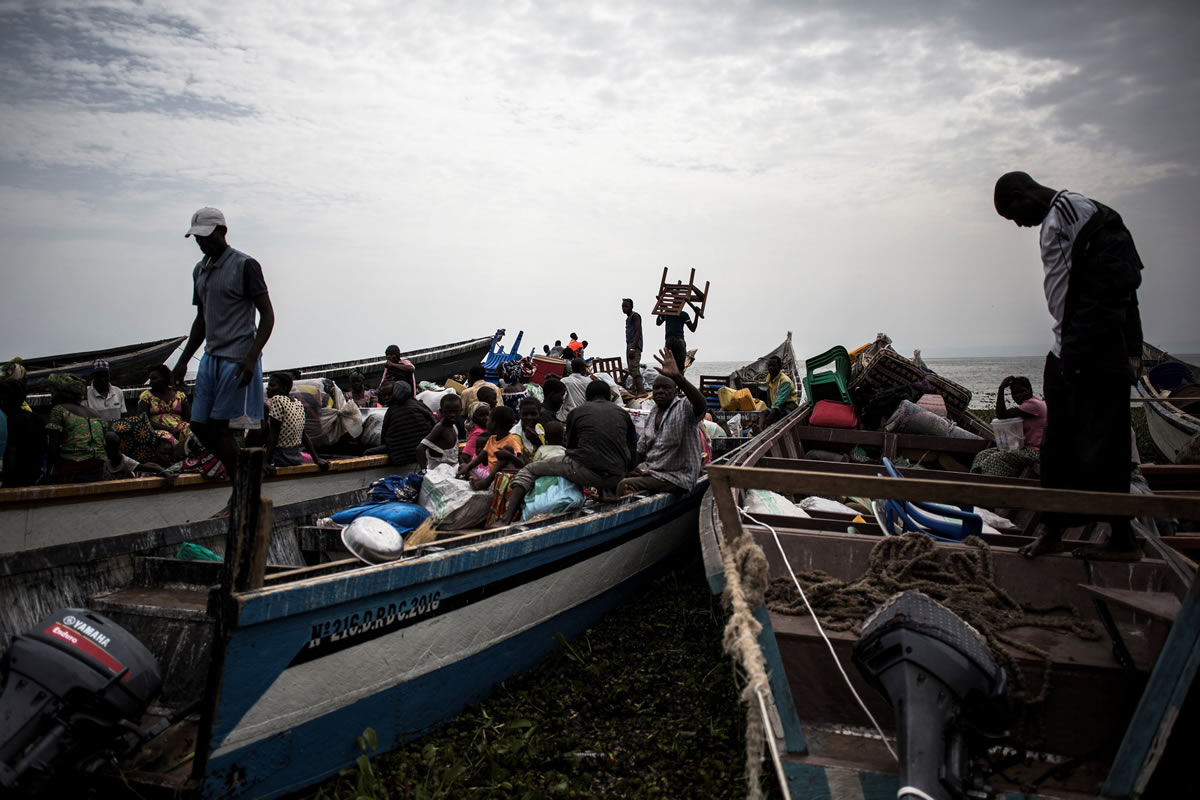 Climate change and conflicts are making growing parts of the world uninhabitable, but few governments have a plan to care for people forced from their home countries. (Johan Wessels, AFP)

But, Zard says, most governments are still playing dumb.

Convincing states to take climate change and its impact on migration seriously “is like battling hell”, she explains. “States still see migration as a response to an emergency.”

Or, migration is framed as an issue of national security, she says. South Africa is no different. Last year, the country greenlit plans to build massive detention camps on its borders. The camps, called “asylum seeker processing centres”, will house the more than 70 000 people who apply for refugee status in the country annually, according to 2015 home affairs figures.

Legislation passed in 2017 will also put a newly created central body, the Border Management Authority, in charge of all South African ports of entry, including policing and customs. More recently, the department proposed changes that would see babies born to foreign parents — presumably mothers — no longer issued with birth certificates but instead will be given a “confirmation of birth”. Comment on the draft legislation closes November 16.

“Without a birth certificate, children face immense barriers to basic services and human rights such as education, health and social services,” the nonprofit organisation Lawyers for Human Rights warned in a statement this week.

Zard argues that considering the role of climate change in migration would help to depoliticise the issue. “Governments need to start seeing migration as a part of human life. They need to see migrants as people.” 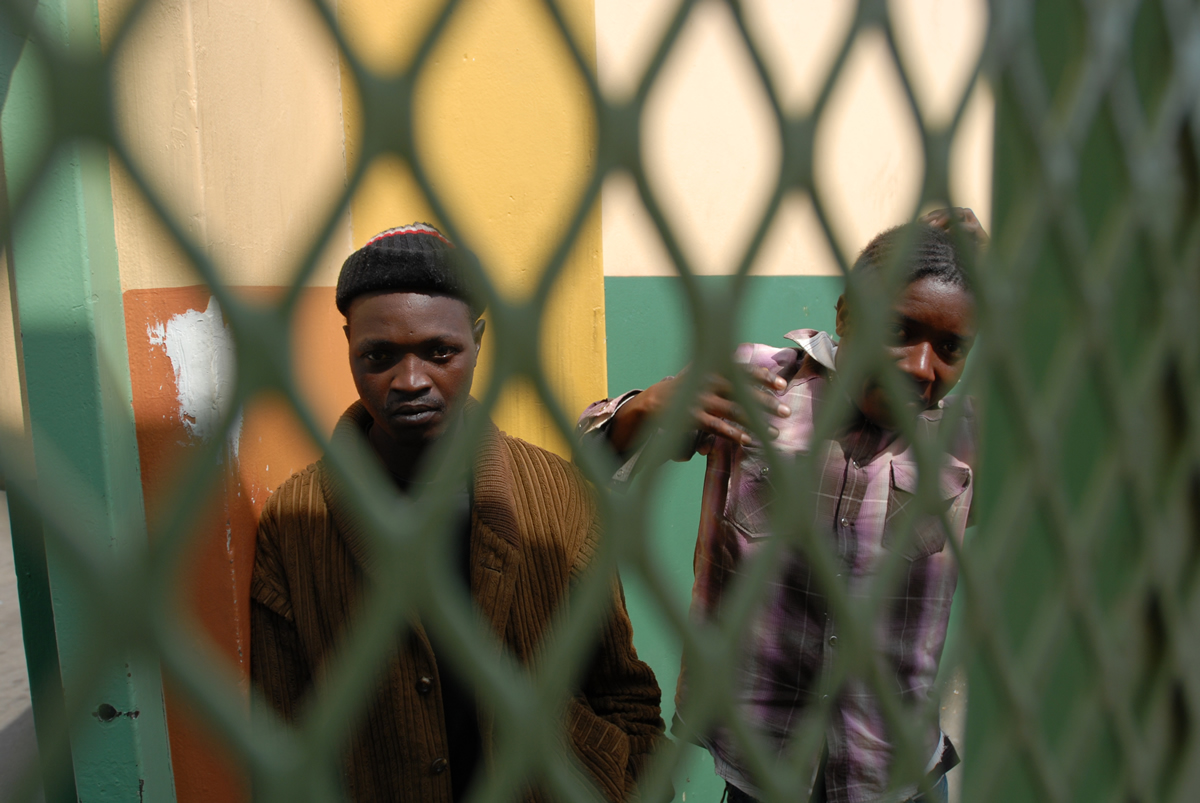 But people need healthcare and it’s not clear how governments will care for migrants, says Fouad Fouad, the codirector of the Refugees Health Program at the American University of Beirut’s Global Health Institute.

For people who are forced to move away from their homes, getting — and keeping — the right documentation is near impossible, Fouad says. And in some countries, such as Lebanon, no documents mean no healthcare.

Globally, 10-million stateless people are denied access to basic rights, according to the UNHCR.

In South Africa, a 2007 health department directive determines that anyone — regardless of documentation — can get free government HIV and TB treatment. The National Health Act states that public health facilities must also provide free health services to all uninsured pregnant and breast-feeding women, and children below the age of six.

Currently, this applies, in theory, to all women and children fulfilling this criteria, regardless of nationality. But the wording of the National Health Insurance (NHI) Bill has been criticised as possibly contradicting this.

The draft legislation says that the NHI will apply to citizens and permanent residents. But refugees and asylum seekers will have access only to emergency medical care, paediatric and maternal healthcare services at clinics and treatment for notifiable conditions such as HIV, TB and hepatitis.

Activists caution that Health Minister Aaron Motsoaledi’s remarks this week at the National Education, Health and Allied Workers’ Union’s Nurses’ Summit are a worrying indication that the country could be moving towards a clampdown on healthcare for migrants.

“The weight that foreign nationals are bringing to the country has got nothing to do with xenophobia … it’s a reality,” Motsoaledi was reported as saying by the SABC.

In the past, politicians including former Gauteng health MEC Qedani Mahlangu have overstated the proportion of foreign patients. In 2015, Mahlangu said that 90% of patients at some Gauteng facilities were foreign.

She was unable to provide figures to back up the claim but said that 26% of the 26467 babies born at Rahima Moosa Mother and Child Hospital in 2014 were born to foreign mothers, Democratic Alliance Gauteng health spokesperson Jack Bloom reported in a statement.

The figures made no mention of the nationalities of these babies or their fathers’ citizenship. Doctors and activists have also criticised politicians for overstating the impact of foreign patients on the health system in comparison with poor management in the health system and the failure of poverty-relief programmes.

Meanwhile, most countries have committed to providing healthcare for all people by 2030 as part of the United Nations Sustainable Development Goals, the latest global development targets.

But healthcare in conflict zones is dwindling, 2017 World Bank data shows. In war-torn countries such as Somalia, South Sudan and Chad, fewer than 30% of citizens have access to proper healthcare.

Conflict can destroy a health system. Not only can airstrikes demolish infrastructure but doctors, nurses and emergency medical personnel are also attacked, according to a 2018 review published in the journal Conflict and Health.

For example, thousands of Syrian doctors have fled the country since 2011, according to a working paper published by British charity IIED, as the country remains mired in war.

But providing healthcare for people living in or fleeing from conflict zones can be a tool for peace, says the University of Manchester’s Mukesh Kapila, who co-authored a report that was presented at the Summit in Doha this week. The document gives solutions that could bring healthcare to conflict zones around the world.

Keeping health workers safe is the easiest way to make sure they can help others, the report found. Kapila and his colleagues also recommend that governments give work permits to refugee health workers and treat displaced people as well as citizens.

Like many health programmes, these solutions will cost money but action should come sooner rather than later, Imperial College London global health professor David Nabarro warns: “There is still room for people in health to say ‘we said we won’t leave anyone behind.” — Additional reporting by Laura Lopez Gonzalez 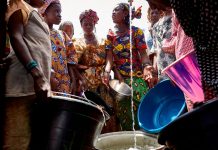 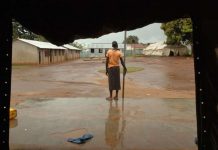 ‘Now people call me a killer’: Abducted at nine to be a girl soldier 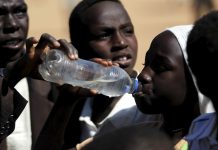 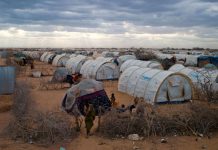 Camp closure is next health crisis

Scars of conflict: ‘We should not forget Africa’s women’