The map shows the c-section rate in public health facilities in South Africa’s 52 districts, using data from the District Health Barometer 2015/16. About one in four of the babies born in South Africa’s public hospitals are delivered by C-section, but this rate varies widely depending on the health district.

The darker the colour, the higher the  c-section rate in a district. Rates vary from 0% in the Xhariep district, Free State which referred all complicated deliveries to hospitals outside the district to 40% in the Eastern Cape’s Nelson Mandela Bay and KwaZulu-Natal’s Amajuba districts.

The top-five district municipalities have c-section rates of 34% or more – which means that one in three births were c-sections.

Along with Nelson Mandela Bay and Amajuba, they are:

There are four levels of hospital care in South Africa’s public sector: district, regional, provincial tertiary and national central. C-sections are performed across all these levels, but the largest proportion of procedures take place in regional, provincial tertiary and national central hospitals because these facilities can offer higher levels for complicated deliveries. Because of this, they also receive the kind of emergency cases likely to need c-sections from other less well-equipped districts, according to the 2015/16 District Health Barometer.

“The districts on the map with high c-section rates are all districts with tertiary hospitals”, national health department deputy director-general for communicable and noncommunicable diseases Yogan Pillay explains.

“These hospitals receive referrals for surrounding districts, and it is expected that the c-section rates will be higher in these areas because of the more complex nature of the cases they see.”

Elective c-sections are not offered in the public sector.

Click on the “All hospitals” button, and you will see that Amajuba district has two regional hospitals, for example.

On the map, two sets of Caesarean section data for each district is shown, the first is the rate in all the public hospitals (district, regional, tertiary, and central hospitals) which determines the colour on the map; the second is the rate at the district hospitals only.

To see the nine district hospitals with the highest c-section rates in 2015/16 select the “Top 9 District Hospitals” option. Khayelitsha Hospital in Cape Town and Durban’s Wentworth Hospital top the list with 47% c-section rates, which means nearly half the births at those two hospitals are c-sections.

Laura Grant is a data journalist with 20 years of experience in the South African media as a journalist, copy editor and designer. She combines infographics, interactive maps and a variety of other visual elements with journalistic storytelling to make data accessible and interesting at Media Hack Collective.

Media Hack are a group of independent journalists who just love a good story. They're dedicated to quality journalism and the craft of digital storytelling. While they specialise in data-driven and narrative journalism, they’re a multi-talented bunch able to harness decades of journalism skills, combining them with state-of-the-art programming and presentation to create stories for all sorts of screens. They initiate their own media projects, but they also offer their services to civil society organisations and corporate social responsibility projects with a story to tell. 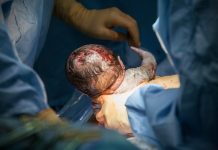 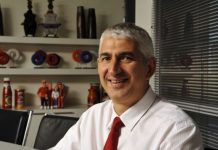