No one really knows how many people inject drugs in east and southern Africa and that’s a bigger problem than you think.

A few times a week a group of ex-drug users pile into a small hatchback and run the gauntlet through the streets of inner-city Pretoria.

They’re not looking to score.

The handful of peer educators is armed with clean needles and information that could spare drug users from contracting HIV or hepatitis C, a virus that causes serious liver damage and can be transmitted sexually or via shared needles.

It’s a calling for these former users, who now work for the Harmless project in Pretoria. They know all too well what it is like to live rough on the streets and have no one care.

On a recent visit to the project, I met Marko, a peer educator who at the time had been clean for a fragile eight months.

He came into contact with Harmless, they got him off the streets, gave him a job and a purpose.

Marko is HIV-positive and on treatment. He’s also on opioid substitution therapy (OST).

People who regularly take opioids, such as heroin, can experience excruciating withdrawal symptoms within hours of their last dose. The only way to avoid these symptoms is to take more of the drug. OST allows people who use drugs to avoid this by taking a prescribed medication such as methadone. Methadone won’t get them high but it does stave off possibly deadly withdrawals.

If you have ever been on the wrong side of addiction, whether its drugs, alcohol, tobacco, social media or a toxic relationship, you know you get better sooner if you replace it with another healthier habit.

From the many stories I heard, most drug use starts in early adolescence, at school or among out-of-school youth. All the drug users I spoke to recently have families. They come from communities.

If drug users do end up on the streets sometimes neglect or abuse play a role. Sometimes families have just had enough. Other times people who use drugs choose the streets.

I met Bheki* just outside Burgers Park in central Pretoria. In a perfect model C accent, he told me of his expensive education and the well-to-do family that he now has nothing to do with because of his traumatic childhood.

Marko and other ex-drug users told me how their path had started with a little harmless experimentation with marijuana at school, then they moved on to mandrax and finally “The Big One”— heroin. A slippery slope into a six-year addiction and a stint in jail in Marko’s case.

“When the opportunity came I took it with both hands,” he says about getting clean. “I saw too many guys die on the street and I didn’t want to be one of them.”

Those of us involved in the Aids response aim for what we call “epidemic transition”; that moment in the trajectory of an epidemic where we can see things turning around – when new HIV infections and Aids-related deaths are reducing fast enough to shrink the epidemic over time and HIV-related discrimination is moving towards elimination.

East and southern Africa is one of the regions rapidly moving towards at least one of the benchmarks that signal this kind of transition. New HIV infections in the region have dropped by almost a third since 2010 and Aids-related deaths by 42%.

South Africa like most countries has signed onto meet the latest UNAids targets. As part of these goals by 2020,  90% of all people should know their HIV status, 90% of HIV-infected people should be on antiretroviral treatment (ART) and 90% of those on treatment should be doing so well on ART that the drugs have lowered the level of HIV in their blood to almost undetectable levels.

In east and southern Africa, progress on these targets has been good and 81% of people knew their HIV status as of 2017 and two-thirds of people diagnosed HIV positive were on ARVs. Of those on treatment, about half had undetectable levels of the virus in their blood.

What’s the problem? These are statistics for the “general” population, that is, sexually active, heterosexual adults between the ages of 15 and 49.

This data doesn’t look at how we are doing for what UNAids calls “key populations” – people most at risk for contracting the virus such as men who have sex with men,  sex workers, prisoners or people like those that  Harmless helps in Pretoria – people who inject drugs.

People who find themselves left behind by the Aids response because of what they do or who they love.

The truth is the data is limited and that means we have little idea how we really are doing.

What we know is that between 645 000 and 3-million people are estimated to inject drugs in sub-Saharan Africa but that’s only in the 36 countries where data is available. Just the sheer margin between the lower and upper estimate shows how fragile the numbers are.

Meanwhile, the data on the link between injecting drug use and HIV transmission is clear. Globally,  people who inject drugs are 22 times more likely to be infected with HIV than the general population, a 2018 UNAids analysis found.

We don’t have estimates for east and southern Africa so we really don’t even know how many people inject drugs in the region, how many are living with HIV or how many are on HIV treatment.

We have to gather these numbers. Only with evidence can we have an approach to laws, policies and programmes that is rooted in human rights, gender equity and public health. Without that, we can’t reduce new HIV infections, Aids-related deaths or eliminate stigma and discrimination towards people who inject drugs.

We need to continue to advocate for countries to remove harmful laws that discriminate against people like Marko.

We need to invest in programmes, such as needle exchanges and OST, that reduce the harms associated with drug use so people who inject drugs have a chance to walk away from addiction and restore their dignity.

When we call for the decriminalisation of possession of drugs for personal use, or for comprehensive harm reduction programmes, we are not suggesting that drug use should not be regulated. But punitive laws do little to address harm and in fact, cause more harm than good.

At least 100 countries worldwide, including South Africa, have laws that criminalise the possession of drugs for personal use. Of these, at least 33 countries prescribe the death penalty for drug offences in law, a 2017 UNAids report found.

Criminalisation discourages people who inject drugs from seeking HIV, health and social services which may help them stay healthy.

UNAids estimates that 56 to 90% of people who inject drugs will – like Marko – be incarcerated at some point in their lives, even though drug use in prison settings is widely documented, according to a 2018 report by the organisation Harm Reduction International.

Only once we do the right thing for everyone, including people who inject drugs, can we claim a real and meaningful epidemic transition. It is not just about ending Aids by 2030 as part of the latest United Nations development targets, the Sustainable Development Goals.

It is about doing the right thing for people. Regardless of who they are or who they love. 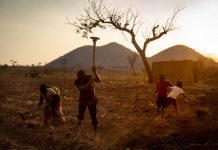 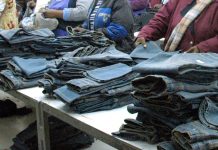 ‘All of the women in my department have slept with the supervisor. This is about survival’

The WHO, the drug & women’s right to choose: The story behind dolutegravir 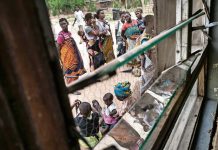 What’s the one thing rape crisis centres in SA & Malawi are missing?