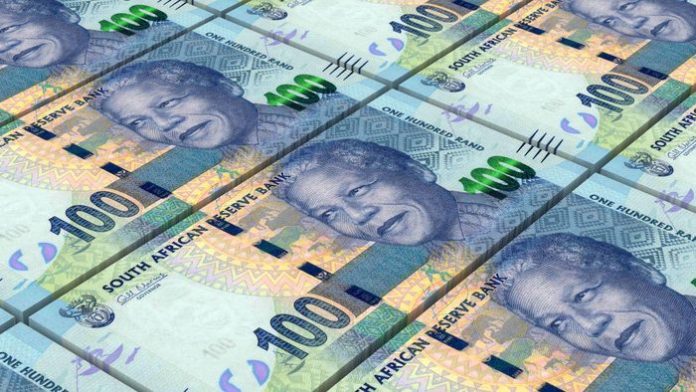 Who will control the country’s healthcare purse and who will be left out? Find out and read why some are likely to be sceptical in the country’s quest for more equitable access to high-quality universal healthcare coverage.

Medical aids as we know them will disappear by 2026 under the National Health Insurance (NHI) Bill released today. Health Minister Zweli Mkhize unveiled the Bill today in Pretoria. Under the NHI, the government will provide a package of comprehensive health services for free at private and public health facilities as part of its bid to more equitable access to quality healthcare.

Medical aids will eventually be relegated to providing top-up cover under the NHI — or coverage for procedures or treatment that fall outside government’s package of care. The government will, in turn, become the single largest purchaser of health services in the country, buying them from accredited private and public facilities with a centralised NHI Fund.

While comprehensive medical aids are still around, they will also be shifting to standardise a basic coverage package across the industry in line with what’s already on offer in the public sector, Mkhize revealed earlier this week at a Bhekisisa editor’s forum.

“We are working with the Council for Medical Schemes to ensure that every medical scheme pays for the same package of primary health care services as that provided by the public sector”, he explained. “This is part of the process to revise the Prescribed Minimum Benefits that the council is working on.”

Prescribed Minimum Benefits (PMBs) are a list of 270 conditions and specified treatments that all medical aids must cover, including emergency medical care and chronic illnesses.

The changes to PMBs are one of the early signs — at least publicly — that the government is moving on recommendations made by the Competition Commission as part of its four-year investigation into the spiralling costs of private healthcare ahead of government’s plans to begin buying services from the sector.

The commission found that not only were consumers paying more for less when it came to private healthcare, but that the array of packages made it impossible for people to compare offerings between schemes. Standardising a basic option ahead of the NHI will likely cut down confusion, the commission said in its preliminary report, but would not necessarily address high costs.

South Africa’s healthcare system remains highly unequal. When expressed as a proportion of gross domestic product, roughly the same amount of money is spent on catering for the roughly 16% of South Africans who have medical aid as the other 84% who rely on the overstretched public health system, according to a review of World Health Organisation data recently published by the Mapungubwe Institute for Strategic Reflection.

The health department expects the final NHI Act to come into effect before March 2020, according to its latest annual performance plan.

How will this all be funded? Through a mix of general tax revenue, says the Bill, and this includes diverting money away from provinces’ share of the national coffers as well as from specially ring-fenced funds usually devoted to — for instance — hospital upgrades or disease-specific treatment into an NHI Fund.

But you can also expect to see payroll taxes for employees and employers as well as a surcharge on personal income tax. And as foreshadowed in earlier versions of the legislation, gone too will be medical aid tax credits, which former health minister Aaron Motsoaledi told Bhekisisa in 2017 amounted to R20-billion annually.

Although the new Bill doesn’t say how much the NHI will cost — the National Treasury has yet to make any costings public — the 2011 Green Paper on the NHI projected general tax increases would need to equal roughly 3% of the country’s gross domestic product.  This money will be funnelled into an NHI Fund that will be used to buy healthcare services from both public facilities as well as contracted private healthcare providers. However, past versions of draft NHI have been criticised as being woefully inaccurate projected costs.

Meanwhile, to get basic health services in the future under the NHI, you’ll need to register with a public or private clinic. When you’re sick, you’ll have to start there for care. If you need a higher level of care, you’ll need to be referred from the clinic to a hospital or specialist. Jumping the queue and going straight to these more advanced levels of care will mean that the NHI Fund will refuse to pay for your care.

The Bill acknowledges that for this to work, several changes to the health system must take place.

First, the public health service will have to be strengthened. Wits School of Governance adjunct professor of governance Alex van den Heever warns that without this, people will overwhelmingly choose to register with private clinics instead of public facilities.

“To prevent the excessive use of private facilities proposed to form part of the NHI network of providers, public sector hospitals would need to be governed, managed, staffed, and equipped to a similar level as private hospitals before the implementation of the overall system, he wrote in a recent book published by the Mapungubwe Institute for Strategic Reflection.

Secondly, health facilities across the country will have to adopt electronic patient records.

“Not only would the Fund need to administer 56-million enrollees who could technically not receive benefits without being enrolled,” Van den Heever wrote,  “it must also manage their self-assignment to healthcare facilities”.

But he warned, “This proposal is, therefore, a considerable undertaking for which no precedent exists in South Africa.”

Who will the NHI leave out? Asylum seekers, some undocumented immigrants

But who is entitled to benefits under the NHI will likely to be contested by sections of civil society as the Bill heads to Parliament and further public consultations.

The country’s original Green Paper sparked concern among organisations such as public interest law non-profit Section27 when the 2011 paper said services would only be made available to citizens and legal residents.

Thursday’s NHI Bill says that citizens, permanent residents, refugees, inmates and as yet undefined of other foreign nationals will be covered by the NHI. However, undocumented migrants and asylum seekers — people waiting for their refugee status to be determined — will only be entitled to emergency medical care and treatment for notifiable conditions, such as tuberculosis.

Currently, the legislation says that asylum seekers as well as undocumented migrants from Southern African Development Community (SADC) states including Lesotho, Mozambique and Zimbabwe who need hospital care — should be treated like South African citizens at public hospitals, paying what they can based on the standard means test.

A 2007 national health department directive also guarantees free TB and HIV care and to anyone regardless of immigration status.

This is based on the public health rationale that treating these infectious diseases will prevent their spread. For this reason, it’s unlikely that government would revoke free HIV treatment for non-nationals despite this kind of access not being specifically stipulated in the Bill released today.

Under the NHI, anyone under the age of 18 regardless of documentation will continue to be entitled to free basic healthcare in line with the Constitution.

The most significant sticking points in debates about the Bills going forward will likely centre on two aspects.

First, the tension between provincial health governments’ Constitutional role in organising health services at a local level and the increasing centralisation of health functions envisioned under the NHI.

And secondly, how much influence the health department — and specifically the minister — will have over the massive NHI Fund, set to be established by 2021. A year later, it will begin buying services from private and public facilities in select districts through newly created contracting units.

These district-level units will identify what services are needed, who can provide them and manage their contracts and payments. They would also manage financial risks at a local level when it came to NHI Fund money. It’s assumed these would report not to provinces but to the NHI Fund. This, van den Heever writes, is a departure from universal healthcare systems in Canada and the United Kingdom in which decision-making power over healthcare spending and organisation sits with what he characterises as “fully decentralised and genuinely independent”.

Meanwhile, the issue most likely to dominate the headlines in the months to come may be the inevitable contestation about who will ultimately ensure that the country’s growing healthcare purse will be well spent and corruption-free.

Under the new Bill, the NHI Fund and its 11-person board, one of whom will represent the health minister, are accountable to the health minister. The board will be recruited via a public nomination process, and a minister-appointed ad-hoc panel will conduct interviews and make their recommendations to the minister before being appointed for a five-year term. They must be found to be free of any conflicts of interest. The board will, in turn, appoint the Fund’s CEO.

It’s worth mentioning that the Fund will also have the power to invest its money to maximise returns.

This arrangement is virtually identical to that proposed in the previous draft Bill, which drew sharp criticism from not only Van den Heever but other segments of civil society.

“This approach to governance leaves wide scope for extracting patronage,” he wrote of the draft Bill. “Such practices have resulted in the failure of provincial health services and in South Africa’s state-owned enterprises.”

He adds: “No justification is provided for why the ministry of health should have such powers of appointment and removal within a domestic context where the experience demonstrates that it runs counter to the public interest.”

This story was originally published on 8 August 2019.