With terminations outlawed in Kenya, women and girls in its largest slum have to rely on expensive and unreliable under-the-counter pills, toxic chemicals or other homemade remedies. The consequences can be fatal.

Editar Ochieng sashays up in her “This is what a feminist looks like” T-shirt – bright and new in a place where clothes are aged and faded.

“Got them,” she stage-whispers, a flash of silver foil in her hand. Four pills carefully cut from a longer strip. Ochieng has just been attempting to buy abortion pills from among the numerous kiosk-sized “quack” chemists in the Nairobi slum of Kibera. Just to show how easy it is.

Three of four offer unpackaged medication from under the counter. The price in Kenyan schillings is equivalent to R750 and in Kibera people earn R15 a day. There’s no questions asked and most definitely no guarantees. “He told me to take two and insert two,” says Ochieng, a dubious dosage according to the pharmaceutical company whose name is just visible.

In a less anarchic world, the pills the feminist campaigner has bought would be part of a medically prescribed course to encourage the termination of very early pregnancies. In Kibera they are illegally traded alongside a hotchpotch of herbal concoctions, chlorine and other chemicals girls swallow or push inside their bodies, hoping the terrible, life-defining pregnancy will go away. Usually it doesn’t, often it ends up leaving women in agony, sometimes it kills them.

In June, an attempt by the Federation of Women Lawyers Kenya to compel health workers to provide safe legal abortion failed despite a report being presented that showed seven women a day were dying as a result of unsafe abortions, and that health spending on care following illegal abortions has doubled since 2012.

There is nowhere for women to go except to quacks, says Ochieng, who leads a tiny “Feminists for peace, rights and justice” group that organises “rescues” of women and children being subjected to physical or sexual violence, often in the middle of the night. “We are the brigades, rescuing women and arresting the men. The police do not come in here, so we do what police should do. Perpetrators are all around in the slum.

“I experienced rape for the first time when I was six. The perpetrator still lives there,” she says, pointing to a shack a few feet from her own rusty mud-walled home. “People here have normalised rape. They call any girl who falls pregnant when she is not married a bad girl, even though there is no way she can get contraception. Yet nobody talks about abortion, because it’s shameful. So I talk about it and they call me ‘murderer’ when I walk in the street.”

Nairobi is the economic heart, accounting for 45% of the gross domestic product of a country approaching middle-income status. Two-thirds of the capital’s residents live in slums; the largest is Kibera, with between 250 000 and 1-million people. It is encircled by a manicured golf course and elegant hotels, and divided by a filthy, plastic-choked river that brings in pollution from Nairobi’s industries.

The slum has a floor of orange mud, hard-layered detritus that slips between slime and dust, and the air lines throats and chests with the fumes of waste and fires.

Life is hard and health is poor, the life expectancy just 30 years. Diabetes rates are high from sugary drinks, which are cheaper than water. Vegetables are scarce: a nurse tells the Guardian that sukuma wiki, a cheap, nutritious kale, has been giving people stomach complaints; she blamed pollution in irrigation water. Charcoal or gas is used for cooking inside, and burns are commonplace on women’s faces and arms.

Drug and alcohol abuse fuels the gender violence, child abuse and rape. Slums, where a billion of the world’s population currently live, offer little security for women and children.

The conditions also give rise to a community cohesion and spirit. Joyce Nyabswe is a grandmother, a vegetable seller, and a Marie Stopes community health volunteer. She has been walking around today, talking to young women, leafleting the clinic’s open days.

Marie Stopes, the international family planning charity, was briefly closed down last year by the Kenyan authorities for allegedly appearing to promote abortion. But the organisation still has two small offices inside Kibera where contraception and post-abortion care are offered.

Refusing a chair and plopping herself with a sigh on the floor, Nyabswe says: “I really feel that we are losing so many girls and young women. You can’t miss the girls dying every month in our community. So I did this work, we are not paid, it’s a volunteer job.”

Pamela Dochieng, a Marie Stopes midwife, shows her a photo of a healthy baby abandoned here the day before. “We called the baby Baracka Labour – gift of Labour Day,” she says.

The mother had turned up in the late stages of labour but ran off when Dochieng went to wash the newborn.

“Every three or four days this happens,” she says. “It’s very normal in this community, very common. They are going to quacks and the abortion doesn’t work or they become ill.

“They are very scared because of the ban. Yesterday [I saw a woman] this was never a pregnancy that she wanted to keep. If it was in her power to have an abortion she would. People are scared now even of coming here for post-abortion care. This lady would not hold the baby, she was just looking.”

But this baby will find a home at least.

“It’s better than when they find the baby bodies or a dumped foetus,” Dochieng says. “If they have perhaps five a day then they will take them to the mortuary and have a ceremony, but otherwise they are just gone.”

At a health clinic run by Shining Hope for Communities (Shofco) — a charity that brings water and education to parts of Kibera and was co-founded by local entrepreneur Kennedy Odede – young mothers have gathered for a meeting. The youngest is 14, most are 16 or 17. A few are older and some, even here, are clearly resolutely lying about their ages. They are encouraged just to talk, and slowly they do, clapping each other’s accounts tentatively afterwards. The stories are mainly about how scared they were. Most describe trying to abort, or how devastated they were at having to leave school.

The clinic’s manager, Irene Ayoti, says there is often a feeling among young mothers that medical staff in hospitals can be unsympathetic. “The parents will have thrown them out, the man [is] gone, they won’t have the first idea about pregnancy or birth or babies. There is a lot of stigma. Many will have tried to abort. For those who do, there is a lot of septicaemia and uterus removal we have to do here, which is very sad when it is a 17-year-old girl.”

One of the mothers, Elizabeth, tells her story. “I was so scared when I saw the other women going through labour. I was told: ‘Walk, walk.’ I said to my boyfriend: ‘If this is the pain, then I would rather die.’ But it gets worse. I was crying, I was scared to open my legs in front of the men nurses.”

Mary describes being chased from her home by her mother, Anny describes getting married at 14. Faith is 16 and had a caesarean in hospital. Afterwards, she couldn’t pay the bill and was terrified the doctors would keep her baby. “They told me to pray and so I just prayed and prayed,” says Faith. “I thought I was going to die.”

Caroline Sakwa, gender director of Shofco, has posters around her office, listing the cases of rape, “defilement” and domestic violence with which she is dealing.

“The root cause of so many teenage pregnancies is that the girl in Kibera is helpless, sometimes she is raped, sometimes it’s transactional sex, intergenerational sex. Gang rape is huge because of the drugs and alcohol,” she says.

“You ask a pregnant teenage girl: ‘What happened?’ and she says: ‘I needed sanitary pads and I had no money, so I had sex one time.’ Or: ‘My parents told me to have sex to get some money.’ Then, of course, they are pregnant, there is no safe abortion, and they are forced out of the home. Even if the perpetrator might be one in the home – brother, step brother, uncle.

“Women are forced to leave their children alone at home when they go to work, they cannot afford to send them to school, so the children are vulnerable.”

She has a woman and her three children staying in the SHOFCO safe house located above her office, which provides temporary shelter to victims of abuse. All of them have been abused.

“The child needed surgery,” she says matter-of-factly. “We supported and brought a case to arrest this man, but the father went to the police and bribed them so he was able to go back to his village. The mother is safe and we have hope; the mother is the strength of this girl, she will need counselling for life. She is so traumatised.

“They are not unusual. These are the cases we had every day, all the time, about 35 to 40 people in the safe house in a month.

“The community are our eyes and reporting is increasing. 90% of our perpetrators are behind bars. Yesterday was a holiday and we had only two cases of defilement. So things are getting better, but I worry that we are forgetting about boys and men. There’s a need to involve them. In Africa, the girl child has to be empowered, but now we realise the boys are feeling that they are left behind.”

On the next bridge, close to the shell of the house where flash flooding drowned a mother and baby and washed away shacks last week, flirting teenagers stop briefly to show where, on the hard mud bank, the body of a newborn baby was left earlier that morning, part swaddled in a paper bag. Vanessa Omburo shows pictures on her mobile phone.

The little body has vanished.

“People always take too long to come for such abortions,” says Omburo airily. “The dogs have taken it.”

Tracy McVeigh is the editor of the Guardian's global development desk, and editor of foundations and philanthropic projects. 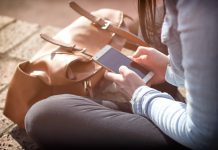