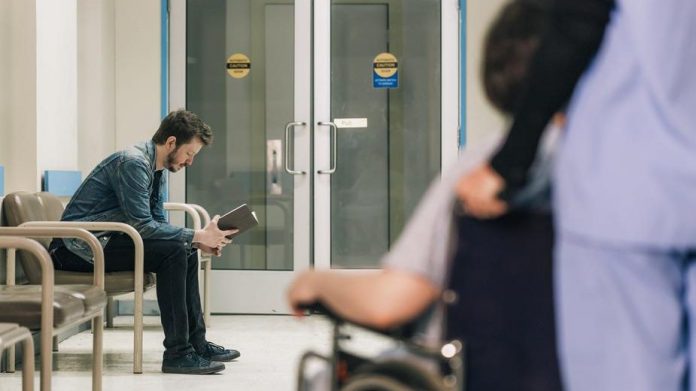 The three C’s: Collusion, competition and corruption. There’ll be a renewed push to safeguard your money when it comes to healthcare, but will it work?

If you were a hospital manager, what would be the very first thing you’d do when you got to work every day?

It’s a question Netcare CEO Richard Friedland rolls out frequently when speaking to healthcare workers, as he did in October 2018 at the Presidential Health Summit. People responded with all sorts of answers, from checking on medicine stocks to ensuring equipment was working.

After listening to a round of responses, Friedland paused before finally saying: “I’d figure out who showed up for work.”

With more than 3000 beds and nearly 7000 staff members stretched over 419 buildings, Soweto’s Chris Hani Baragwanath Academic hospital is a mammoth of a beast.

But tracing who reports to work at the facility — and many others in the public sector — is mostly paper-based. That’s right; it’s essentially an honour system in the absence of more modern biometric-based programmes.

And that, sadly, leaves it open to abuse, as one healthcare worker recently told Bhekisisa, speaking of her time spent completing her mandatory year of government service —  also known as “comm serv” — at another hospital several years ago.

“When I was doing my community service, my entire department was run by ‘comm servs’ while senior employees were clocking off early to run their own private practices,” she said.

“It was frustrating because you feel like you’re carrying the department,” she continued. “For patients, it means they don’t have as much access to care as they could have.”

She admits she never reported it because she didn’t believe the complaint would get anywhere and feared professional repercussions.

Moonlighting workers are just one form that corruption takes in the healthcare sector, although it doesn’t often make the headlines.

By the time Friedland was rolling out his famous anecdote to the crowd at the Presidential Health Summit, the Special Investigating Unit (SIU) had already proposed a special anti-corruption forum for the health sector. On Tuesday, Presidential Cyril Ramaphosa officially launched this forum in Pretoria to tackle what government says is almost R40-billion a year in the healthcare sector lost to corruption. Speaking at the event Tuesday, SIU head Andy Mothibi said that his team was already snooping around cases of procurement irregularities, collusion and workers who might be moonlighting against regulations.

The launch of the Health Sector Anti-Corruption Forum came just a day after the Competition Commission concluded an almost half a decade’s investigation into the private healthcare sector.

The Commission found that a lack of competition in the private healthcare industry is fuelling increasingly unaffordable healthcare costs. It’s also incentivising doctors and private health facilities to overtreat patients, sending them to hospital more frequently and for longer without any real medical benefit. This is particularly true in areas like Gauteng and the Western Cape where there are more hospitals and doctors.

“concentrated markets are more vulnerable to collusion, both formal (cartels) and informal, and collusion in these highly complex healthcare markets is very hard to detect.”

This kind of overservicing, Mothibi was quoted in a statement saying this week, is just one reason that the healthcare sector is vulnerable to fraud, corruption and waste.

Meanwhile, the Competition Commission found that the private hospital sector, as well as medical aid scheme and administrator markets, is dominated by just two or three players, the Commission revealed. Finding actual evidence of criminal activities was beyond the inquiry’s scope. Still, it did warn that “concentrated markets are more vulnerable to collusion, both formal (cartels) and informal, and collusion in these highly complex healthcare markets is very hard to detect”.

The Commission’s investigation has produced the largest ever data set on South Africa’s private sector, one which the body says ranks among the world’s most unregulated. It’s data that will likely guide policy decisions for years to come, including how our healthcare system is structured under the country’s new financing model, the National Health Insurance.

To protect consumers, the Commission’s final report recommends, for instance, the setting of maximum prices for some procedures, greater price regulation and more publically available data on how well your local GP is performing.

Ramaphosa’s newly launched anti-corruption forum — which will include a mechanism to fast track complaints — includes NGOs such as public interest law organisation Section27 that have been instrumental in pushing for its creation and unearthing rot in the public healthcare sector.

But it also includes existing regulators such as the Health Professionals Council of South Africa, which itself was under investigation by the SIU earlier this year for allegedly trading cash for qualifications.

Whether the forum — and some of the Competition Commission’s own recommendations — come to fruition may depend on the healthcare fraternity’s own willingness to look itself in the mirror and begin to call out the many ways and networks — small and large — that ransom the right to health for private gain.