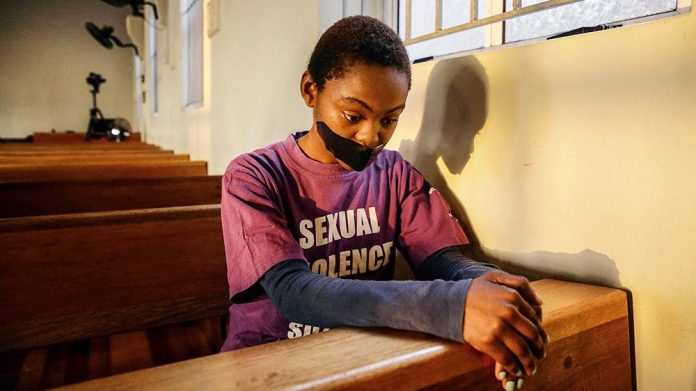 The body swap is an old Hollywood trope: Boy meets girl, boy swaps bodies with girl, boy has an epiphany about love, life and patriarchy. Too bad that in 2019, this kind of empathy is still just the stuff of movies.

The brutal rape and murder of 19-year-old Uyinene Mrwetyana by Luyanda Botha, a post office clerk, in August this year left us all shaken, battling to make sense of our excruciatingly violent world.

Mrwetyana went to collect a parcel from her local post office on Saturday morning and never made it out alive. The sheer banality of the circumstances sent shockwaves through social media.

She was wearing brown corduroy pants and a white t-shirt. She was not drunk. She was not walking home late at night. She hadn’t been at a shebeen or a club. There was nothing about the circumstances that could be used to “victim shame” her.

Nevertheless, on social media, many commentators suggested what women could do to “avoid” being raped, for instance — taking self-defence classes, carrying pepper spray, sending live locations to friends when they leave a venue.

A tweet, posted on the official Government of South Africa account, read: “Violence and abuse against women have no place in our society. Govt is calling on women to speak out, and not allow themselves to become victims by keeping quiet. Women who speak out are able to act, effect change and help others.”

It received widespread backlash on social media. Black Twitter acted fast to offer a correction to the tweet, much like a schoolteacher would take a red pen to a student’s exam paper.

This was the correction: “Violence and abuse by men have no place in our society. Govt is calling on men to speak out, and not allow themselves to create victims. Men who speak out are able to act, effect change and help others.”

Some years back there was a film called What Women Want, a romantic comedy in which the main character is knocked unconscious and when he wakes, can hear women’s thoughts.

While this would be great, it will sadly remain in the land of Hollywood.

However, if men listened closely to the outpouring of women’s grief, fear and frustration after yet another act of violence, they would hear not only what we want, but also what we urgently need.

Women do not have the power to stop rape. We cannot simply break our silence or act in certain ways to effect change.

What we need is for men to speak out boldly in public and private spaces.
We need all men, from all walks of life, to call out their male friends, family and colleagues whenever they say or do anything that condones or excuses rape.

When men do speak out against rape, they should counter the narrative that they are doing so because women are their mothers, wives, sisters or friends.

We want men to speak out because they believe women are people who have a value in society equal to that of themselves.

Fathers must teach their sons what enthusiastic and continuous consent means and that it is non-negotiable in all their interactions with the girls and women in their lives.

Today, begins the annual 16 Days of Activism against Gender-Based Violence campaign, which runs from 25 November, also known as the International Day for the Elimination of Violence Against Women until International Human Rights Day on 10 December. This year, the United Nations Secretary-General’s UNiTE campaign against gender-based violence has run the theme: “Generation equality: stand against rape!”

But we need 365 days of sustained action in order to eliminate gender-based violence.

Gender-based violence is directed at an individual based on his or her biological sex or gender identity. It includes physical, sexual, verbal, emotional, financial and psychological violence or abuse, in public or private life.

Rape is rooted in the notion that women are inferior to men and motivated by the rapist’s violent need for power and control.

Women who are raped are more likely to contract HIV, less able to exercise their sexual and reproductive health rights and more likely to be exposed to other forms of gender-based violence throughout their lifetime than those who are not.

Exact numbers of rape and sexual assaults are difficult to estimate due a culture of impunity for perpetrators, stigma towards survivors and their resulting silence.

UNAids latest global report shows that around 30% of women in South Africa, Uganda and the United Republic of Tanzania have experienced violence at the hands of an intimate partner in the last 12 months, according to surveys.

There are structural changes that we need make to achieve meaningful and sustainable gender equality, access to justice and human dignity. These will take some time and we will continue to advocate for changes in laws and policies in the eastern and southern African region that will help us reach our goal.

What we can do in the next 365 days, though, is write a scene in the script of our own Hollywood romcom, where this time next year, through simple and deliberate changes, we are living in a world a less violent than it is now.

[27 November 2:33 pm This post was amended to correct the plot summary of the movie referenced]