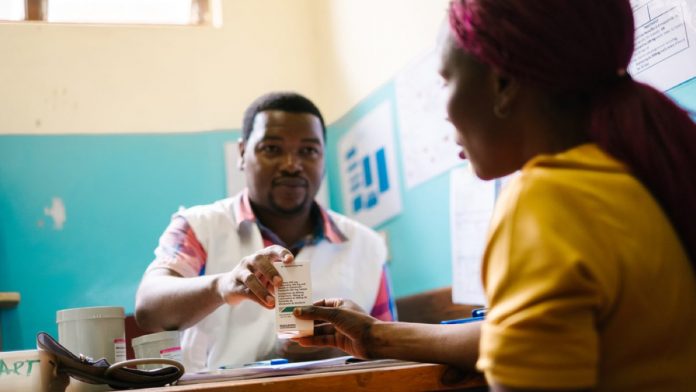 South Africa’s next chapter in HIV treatment holds amazing promise but unlocking it rests on our ability to have the kind of discussions with women — about risks, about contraception, about their agency — that we, truth be told, haven’t been great at. Will this rollout be a chance to get it right finally?

Health Minister Zweli Mkhize will today launch a new three-in-one pill that could not only help people with HIV take control of their health faster and with fewer side effects but could avert more than 300 000 new infections in the next two decades.

Mkhize is expected to kick off the country’s rollout of a new once-a-day HIV tablet in KwaZulu-Natal’s Ugu District. The tablet will combine a relatively new antiretroviral (ARV) called dolutegravir with the more commonly used ARVs, tenofovir and lamivudine.

Most South Africans on HIV treatment already use one of these drugs alongside a third called efavirenz.

But a 2019 research review by the World Health Organisation found that dolutegravir, also called DTG, was better than efavirenz at dropping the level of HIV in people’s blood down to very low levels.

When this happens, it’s called being virally suppressed.

People who are virally suppressed can’t transmit the virus, which is partly why a modelling study presented at the 2018 International Aids Conference found switching to include DTG as part of standard treatment in South Africa could slash new infections and prevent tens of thousands.

The research also found the move to dolutegravir was likely to prevent tens of thousands of Aids-related deaths in the country between 2019 and 2038.

Turning the tide of ARV resistance

Patients on DTG are less likely to develop resistance to the drug — which has become increasingly important in South Africa, explained the national health department’s deputy director-general for HIV, Yogan Pillay, on Tuesday.

Until today, DTG was only reserved for patients who had grown resistant to standard HIV treatment and needed to move to different and often more expensive regimens, often called second or third-line treatment.

And, the proportion of patients like these is growing.

“We’re hoping that dolutegravir can help us to decrease the level of resistance and reduce the number of patients who have to move from first to second-line treatment,” said Pillay, who was speaking at a Bhekisisa policy dialogue in Johannesburg ahead of Mkhize’s announcement.

“For the longest time, we had about 4% who needed to be moved,” he explained. “At the moment it’s looking more like 9-10% of patients.”

Following today’s public launch, at least five provinces will begin rolling out the new DTG-containing combination before it’s available nationwide by March 2020. The new three-in-one pill will be available to people who have been newly diagnosed with HIV as well as longtime patients on an efavirenz-containing regimen and who have been found to be virally suppressed in the last six months.

From Botswana to Brazil: What we know about a possible risk of birth defects tied to DTG

Mkhize’s announcement comes after 18 months of deliberations by activists, experts and government officials following news from Botswana that a small number of women taking the drug when they conceived gave birth to babies with serious birth defects, known as neural tubal defects. The condition affects the brain, spine or spinal cord.

Research presented in July at the International Aids Conference on HIV Science in Mexico City, found three such defects per 1 000 deliveries among women in Botswana, who were on the drug when they fell pregnant compared to about one such deformity per 1 000 births among women taking other ARVs.

But similar studies among about 1 500 Brazilian women on ARVs — a quarter of whom conceived while on dolutegravir — found no birth defects. Scientists are continuing to monitor the phenomenon around the world.

While the discovery of the birth defects in Botswana stalled a global rollout of DTG — including in South Africa — new evidence, input from women living with HIV globally and the DTG’s benefits led the WHO to greenlight the widespread drug for use in July.

Although the WHO recommends that women of reproductive age should be counselled about the risks of birth defects associated with DTG, it says that women should not be forced to be on contraception as a prerequisite of accessing the wonder drug.

Pillay estimates that at least two-million people in about 20 countries around the world are on DTG-containing regimens — something only made possible by the rise of generic producers and more affordable prices negotiated with South Africa’s help.

In South Africa, however, concerns around the small yet still unconfirmed possibility of birth defects have prompted the South African Health Products Regulatory Authority to attach additional conditions to the use of DTG in the country.

As part of this, people must be counselled about the drug’s benefits and risks, including possible birth defects and weight gain of about 5 kgs after a year. If they decide the drug is still right for them, patients must sign an acknowledgement of risk at health facilities before starting the new medication.

Select hospitals have also set up pregnancy registers to detect and report any possible birth defects associated with the rollout.

Read and download Pillay’s presentation about the DTG rollout

Introduction of TLD in Sout… by Bhekisisa Health on Scribd

Ultimately, like the WHO before it, South Africa will not require women living with HIV to be on contraception to get DTG. But ensuring they can make an informed choice about whether DTG is right for them will rest, Pillay admits, on the kind of counselling and contraceptive options available. The department has battled frequent stock-outs of contraception over the last few years — according to Pillay this is largely because of a limited number of suppliers.

Pillay concluded, “Women must have a choice, and no one should make that choice for them.”

[Updated 5 December 2:54 pm. This story was updated to reflect updated guidance on viral suppression as a pre-requisite for stable patients wishing to move to the new three-in-one combo.]