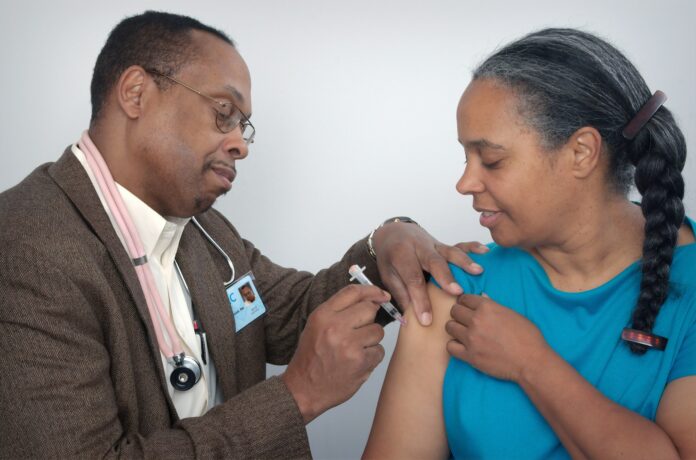 Now that the world has its first effective COVID jabs, the next challenge we have to tackle is who gets them? Here’s why the public could be key to answering this complex question in South Africa.

South Africa’s participation in the vaccine procurement mechanism, COVAX, is finally confirmed — but the details of a vaccine rollout plan for the country are still lacking. Such a strategy will, among other things, guide us as to who will receive COVID-19 jabs first.

As an upper middle-income country, we will have COVAX’s help to secure vaccine doses from pooled supplies, but South Africa would have to finance the actual purchases itself. The Solidarity Fund — a private fund set up in South Africa to raise money from the private sector and individuals, to supplement funding for COVID-19-related initiatives — has agreed to make an initial payment of R327-million ($22-million) to COVAX to secure vaccines for about 10% of our population.

But the process to decide which populations within a country should be prioritised for vaccines is not only urgent — it’s also complex.

Why did South Africa join COVAX?

Equitable access to a COVID-19 vaccine is an increasingly important global issue. There is a real risk that poorer countries, including South Africa, are left behind in the race to obtain a vaccine quickly. Some wealthier countries, like the United States and United Kingdom, have been able both to fund the development of vaccines and invest billions of dollars in candidates being tested, in exchange for securing in advance enough doses for their populations.

Less wealthy countries like South Africa, unable to do either of these, are almost certainly going to have more limited access to COVID-19 vaccines.

To help ensure that poorer countries are not left behind, the World Health Organisation (WHO) has brokered a global collaboration, COVAX – co-led by Gavi, the vaccine alliance, and the Coalition for Epidemic Preparedness Innovation (CEPI) – that is a part of the WHO-led ‘Access to COVID-19 Tools’ (ACT) Accelerator’. Through the purchasing power of the wealthier countries among the 187 that have signed up for COVAX, the initiative will enable countries with fewer resources to secure enough vaccine doses for the “most vulnerable” 20% of their populations.

The way COVAX works to help poorer countries obtain vaccines, is through an “advance market commitment” (AMC) mechanism. This mechanism guarantees vaccine manufacturers an enormous volume of orders for their vaccines, along with upfront payments from the wealthier countries participating. As of late November, COVAX had raised $2-billion of the $7-billion it needs to buy and distribute its targeted 2-billion doses of vaccines to vulnerable groups in “AMC-eligible” countries by the end of 2021.

But South Africa is too wealthy to qualify to be part of the AMC mechanism — it will, however, be able to benefit from COVAX’s ability to secure enough vaccines and from potentially lower pooled prices.

So who should South Africa vaccinate first once we have COVID jabs?

There are opposing views on how vaccines should be allocated within countries.

For countries initially able to access enough vaccine doses to cover 20% of their populations, COVAX’s suggested guidance says that “the most vulnerable” sectors or individuals should be inoculated first. International frameworks address issues of equity, evidence and varying disease burdens and risks.  But South Africa – and every country — must make its own allocation decisions, taking into account context-specific issues.

Some countries have greater burdens of diseases considered “comorbidities” for COVID-19 and will have a harder time prioritising for the first 20% of people to receive jabs. For example, South Africa’s population is fairly young (younger people are less likely to develop serious COVID-19 symptoms), but has a high prevalence of HIV (7.7-million HIV-positive people, according to UNAids), TB and non-communicable diseases like diabetes, hypertension and obesity – all known risk factors for severe COVID-19.

Many people in South Africa with such comorbidities live in overcrowded informal settlements, do not have access to clean water or have structural obstacles that prevent them from consistently practicing some of the public-health measures recommended to reduce the spread of COVID-19. Not being able to wash their hands or practise social distancing leaves them vulnerable to infection and creates ongoing potential for infection hotspots.

Taken together, these circumstances cast the category of  “the most vulnerable” in a different light to that envisioned by some of the global allocation frameworks. This is why South Africa needs to develop a context-specific way to allocate the limited number of vaccine doses among people in our vulnerable populations – whose total number substantially exceeds 20% of our population.

In addition, our Constitution requires that the government takes action to protect citizens’ rights to access healthcare. During our COVID-19 lockdown, in cases such as the Fair-Trade Independent Tobacco Association challenge to the tobacco ban, the South African courts ruled that measures that prevent disease are justifiable. A similar justification could be used to prioritise vaccine access for the most vulnerable groups in infection hot spots.

Human rights law requires equitable access to life-saving vaccines, which would include one for COVID-19, which the WHO is almost certain to classify as an “essential medicine”. Most human rights frameworks would also prioritise access for marginalised and vulnerable groups — and our Constitution stipulates that groups should be treated equally and equitably.

The South African Constitution upholds “public participation”, in which “the public is actively involved in decision-making processes”. But in reality, this often doesn’t happen and sometimes results in government decisions that are disconnected from communities’ needs. Meaningful public participation would make it possible for citizens to share their views about existing inequities and who should be vaccinated first. South Africans will also be able to voice their concerns about receiving COVID shots.

Policymakers should consider all these inputs — because the ongoing vaccine allocation decisions are based on extremely difficult trade-offs and public engagement may be a key component in the success of these decisions.

According to an online survey conducted by the World Economic Forum in August, one out of three South Africans don’t want to get a COVID-19 vaccine. Delving further into the reasons for this would allow for an allocation strategy that is responsive to South Africans’ views and concerns about the safety and efficacy of a COVID-19 vaccine. If people in South Africa feel included in the decision-making process — and the process is transparent —  the government will generate greater buy-in and trust in both the vaccine and the allocation system.

Who could South Africa take lessons from?

The Public Engagement Pilot Project on Pandemic Influenza in the United States in 2005 offers some lessons. The project addressed gaps in allocating influenza vaccines that were in short supply during a pandemic and allowed experts and ordinary citizens to have meaningful conversations about how to prioritise which parts of the population to receive jabs first. The outcome was that the existing criteria for vaccine allocation changed so that the values of the public could be reflected more accurately. Engagement approaches like this are known as “public deliberation” and are useful when technical solutions alone cannot provide the best answer to difficult decisions.

The West African Ebola epidemic of 2014-2016 is another example to learn from. The West Africa Preparedness Project improved outbreak prevention and control with “responsive” programmes that changed depending on community feedback.
South Africa does not have established tools and methods for this type of public engagement, but decision tools like CHAT (Choosing All Together) could help. CHAT was originally developed in the United States and was previously used for designing microinsurance programmes in India. The tool is used to help low-income groups to make health-related decisions and enables people without experience of using health insurance to select benefits they feel would be suitable for them. Recently modified for rural use in South Africa, CHAT could now be used to help communities to make vaccine-related decisions.

A hybrid approach — where workshops are held with community representatives, including those from vulnerable groups, along with broader online surveys or forums — could be an option for South Africa, the outcome of such participation should be taken into account, alongside the scientific evidence and human rights law, in determining the final allocation framework.

In South Africa, human rights and public participation are not just nice ideas — they are a constitutional imperative. We will therefore be legally required to develop a vaccine allocation strategy aligned with human rights and sound equity principles. Global frameworks may offer some guidance for vaccine allocation, but our country needs a plan that is specific to the priorities and the needs of our people — and the only way to do that is to allow for meaningful input from the public.

Safura Abdool Karim and Aviva Tugendhaft are both researchers at the South African Medical Research Council’s Centre for Health Economics and Decision Science, PRICELESS SA, at the Wits School of Public Health.

Aviva Tugendhaft is a Senior Researcher at the SAMRC Centre for Health Economics and Decision Science -PRICELESS SA. She is currently busy with her PHD focusing on community-based decision making and priority setting, using a modified Choosing Health Plans Together (CHAT) tool.