More than 9-million COVID vaccines are heading for South Africa between April and June, but no companies have yet been put in charge of distributing the jabs nationally.

The Biologicals and Vaccines Institute of Southern Africa (Biovac) was awarded the contract to import (this involves receiving the vaccines at the airport and putting them through customs), transport and distribute the AstraZeneca jabs that South Africa bought, but the health department then decided not to use the jabs and switch to Johnson & Johnson’s (J&J) and Pfizer/BioNTech’s jabs. This came after a small study showed that the AstraZeneca vaccines performed poorly against mild to moderate COVID caused by the 501Y.V2 variant that is now dominant in South Africa.

Biovac then helped the South African Medical Research Council (SAMRC) to distribute Johnson & Johnson vaccines for the country’s Sisonke implementation study, which was set up to get jabs to health workers while the country was waiting for the South African Health Products Regulatory Authority (Sahpra) to approve J&J’s vaccine for use in our national vaccine roll-out.

But who will be in charge of the transportation and distribution of our commercial COVID vaccines remains unknown.

The contract for the companies that will manage the distribution of South Africa’s COVID vaccine roll-out, was meant to run from 1 April 2021 to 31 December 2022, the tender that the health department put out stipulates. Bids closed on 22 February, but no announcement has been made about the awarding of the contract.

In a SABC interview, Health Minister Zweli Mkhize said last week that 1-million J&J doses will touch down in the second half of April and batches of 900 000 will arrive in May and June. Moreover, 6.75-million Pfizer doses are likely to arrive between April and June, Mkhize said.

To freeze or not: How can you store Pfizer’s vaccine?

Pfizer was the first company to announce results for its COVID vaccine in November last year. New data shows that the jab has 100% efficacy against symptomatic COVID cases in South Africa, with the dominance of the 501Y.V2 variant. But despite these promising results, the jab was also plagued with concerns about its ultra-cold storage requirements.

In November, the only option for the vaccine was to keep it at a temperature of -70 ℃. This would have made it difficult for South Africa to use the jab in its national roll-out — especially given that most vaccines in our immunisation programme are kept at temperatures between 2 and 8 ℃.

Keeping a vaccine at well below freezing temperatures requires specialised (and expensive) ultra-cold freezers that are, for instance, not readily available in rural areas. But new data presented to the US Food and Drug Administration (FDA) shows that the jabs can be stored in a standard freezer for short periods of time.

This helps put Pfizer’s COVID vaccine back within reach. We break down the potential storage options for the jab and also look at the potential challenges the country is likely to experience with the distribution of this vaccine.

There are three ways to store Pfizer shots and all of these have a different purpose.

Because of concerns about the difficulties around transporting Pfizer’s vaccine, the company created specialised thermal shipping containers which keep the contents at -70 ℃ with the use of dry ice. The containers can be used as temporary storage for the jabs for up to 30 days, provided that the dry ice is refilled every 5 days. Each box requires at least 23 kgs of dry ice — this means that the month of storage would require 138 kgs of dry ice per box.

After the 30 days has passed, the doses can be transferred to a normal refrigerator and kept between two to eight ℃ for an additional five days.

For South Africa, the challenge with this option is that the country doesn’t have an unlimited supply of dry ice, says the chair of the ministerial advisory committee on COVID vaccines, Barry Schoub. Having to continuously restock dry ice in the shipping containers would therefore not be the most doable long-term option.

Instead of ultra-cold temperatures, the vials can be stored between -25 and -15 ℃  for up to two weeks, according to data provided to the US government’s medicine regulator, the Food and Drug Administration. But this only works if the doses are kept frozen throughout this time period.

South Africa will likely store its Pfizer jabs at -20 ℃, Khadija Jamaloodien, the national health department’s director of affordable medicines, said during a webinar hosted by the South African Health Products Regulatory Authority on 29 March. If a facility can’t maintain this temperature, she said, the jab can be kept in the fridge for five days. But this means that sites storing the vaccine in fridges in a defrosted state, will need to use up their doses within five days, so they would need to be able to vaccinate relatively large numbers of people each day.

South Africa does have some experience with storing vaccines at -20 ℃, because the oral polio jabs we use in our extended programme on immunisation for children, also gets stored at this temperature.

For large volumes of doses, such as the 6.75-million doses that will arrive between April and June, there might be a need for long-term storage. This is because we’re unlikely to be able to use all of these within two weeks (the period that they will last for in standard freezers).

But for this, we will need specialised freezers, because the jabs would have to be kept at -70 ℃. They can be kept in such freezers until their expiry date, which is currently estimated to be around six months.

According to Mkhize, South Africa has secured such storage facilities. The exact locations that have been earmarked for use in the country have not yet been announced.

Schoub says ultra-cold freezers are commercially available in big cities in South Africa, contrary to initial concerns that only select laboratories had access to them. This means that cities such as Cape Town, Durban and Johannesburg could serve as drop-off points for long-term storage before the doses are transported to vaccination sites.

From airport to arm: How do you move a vaccine?

The storage of vaccines is, however, just one component of the process — transporting them at the right temperature is as important.

Before a plane carrying COVID vaccines lands in South Africa, the journey from the airport to a vaccination site is planned in detail, says Makhoana. From the airport, the jabs are taken to a  storage facility where a team will be waiting with lists of each facility that will receive vaccines and how many each will get.

Where the vaccines go next depends on what kind of agreement a distribution company has with the government, Makhoana says. Some deals only include delivery to a central, provincial depot where clinics go to fetch their orders. Other arrangements could also require companies to do the “fine distribution” of jabs, which means they would need to get the vaccines to the sites where they’ll be administered.

If it’s just a delivery to a provincial depot, the jabs will be transported there in a truck that can support the cold chain requirements of the vaccine. In the case of the oral polio jabs that South Africa uses, the truck would, for instance, need to have facilities that can maintain a temperature of -20 ℃.

If fine distribution is needed, a company would load the vaccines into the truck packed inside the special containers that can store the jabs at minus 20 degrees. That way, the containers can be loaded onto trucks at the provincial depot and then head out to the clinics.

The transport schedule for delivery trucks is worked out so that all facilities — whether they’re around the corner or in a far-flung rural area — will receive the delivery before the end of the workday, usually before 16:30.

But in South Africa there are two challenges with this, Makhoana says:

When the vaccines reach their destination only a pharmacist can sign off on the delivery. The pharmacist is responsible for the paperwork and checks the temperature at which the cargo was transported. If the jabs fail the temperature test at this point, the distribution company will be notified and is then held responsible for the error, Makhoana says.

The trouble is, South Africa has a shortage of pharmacists, so some facilities don’t meet the accreditation requirements necessary to receive vaccines.

In March President Cyril Ramaphosa announced that more than 2 000 sites had been identified for COVID vaccinations. South Africa has 16 540 pharmacists in total (including specialist pharmacists) but this figure includes those who have retired or left the country.

There are only 5 335 pharmacists working in the public sector, and 612 community service pharmacists, according to the Health Systems Trust’s 2020 Health Review.

What’s more, pharmacists are not distributed equally around the nine provinces. For example, there are only 10 specialist pharmacists in the country, with none working in the Free State, North West, Mpumalanga, KwaZulu-Natal and Limpopo.

The ordering systems in provinces are “haphazard”, Makhoana says. One reason for this is that the management of stock levels of routine childhood vaccines is left up to individual facilities. In the absence of a central co-ordinating system for provinces, Makhoana says, stock-outs occur.

This causes unnecessary costs when emergency supplies must be sourced as a result of the stock-outs. So although South Africa has ordered enough COVID vaccines to cover all adults in the country, the stock of provinces and individual facilities would have to be managed carefully, to prevent stock-outs on a local level.

[9 April 2021 16:40 This article was updated to reflect that not all 16 540 pharmacists registered in South Africa are working in the country because of retirement or emigration.] 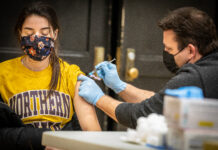 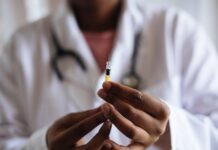