Malawi says it will no longer enforce anti-homosexuality laws but dangerous homophobia persists on the country’s streets – and in its clinics.

For as long as he can remember, Chikumbutso Nyondo had one simple piece of advice about preventing HIV drilled into his head again and again: get tested.

Growing up in Malawi at the height of the HIV epidemic, the message appeared on billboards and radio ads, in his secondary school health classes and in speeches from politicians.

So when the 23-year-old began seeing someone new recently, he didn’t hesitate. He took his partner to a public clinic in the capital, Lilongwe, and asked for an HIV test for them both.

“This service is only provided to ‘real couples’,” the nurse told Nyondo, surveying his mohawk haircut and glancing at his female companion. “A man and a woman – not both male or female.”

For Nyondo, who is a transgender man and asked that his real name not be used, the experience was nothing new. On several occasions he has been denied medical treatment at public and private hospitals in Malawi, being offered instead a dose of salvation in the form of the word of God.

He says: “I’m asked to explain how same-sex intercourse is done first, as a condition to get treatment. Private facilities increase treatment charges. This makes me angry and hopeless.”

The past few years have been a time for cautious optimism for lesbian, gay, bisexual, transsexual and intersex (LGBTI) Malawians.

Practice versus theory
Although strict anti-homosexuality laws remain on the books, the Malawian government says it will no longer enforce them, and the country’s Human Rights Commission has argued that the non-discrimination clause of Malawi’s Constitution can  be wielded against crimes motivated by homophobia.

But LGBTI Malawians still face discrimination and social stigma – perhaps nowhere more dangerously so than in the healthcare system.

Globally, LGBTI individuals struggle to access healthcare. Sexual orientation is a significant “determinant factor” in healthcare access in several countries across North and South America, Europe and Africa, a 2016 survey published in the journal BMC International Health and Human Rights found. Problems range from outright discrimination by health providers to shame and stigma that keep people away from clinics when they need medical care.

In Malawi, the problem is particularly acute. Many of the country’s earliest hospitals and clinics were set up by missionaries. Today the nonprofit organisation Christian Health Association of Malawi is responsible for nearly 40% of the country’s healthcare provision, and 80% of services in so-called “hard to staff areas”, according to a 2011 briefing document by the United States Department of State.

‘unChristian’ conduct
“Health service providers at times feel it’s ‘unChristian’ to assist LGBTIs,” says Semion Thodi, communications officer for the Centre for the Development of People (Cedep), a civil society organisation that advocates for the rights of the country’s LGBTI community. “The situation is so serious due to issues of religion and culture.”

Men who have sex with men face particular difficulties.

The HIV prevalence rate among men who have sex with men in Malawi is estimated at more than 15%, a 2013 study published in the Journal of the International Aids Society found, compared with a nationwide adult prevalence rate of 9.1%, according to UNAids.

Thodi says, in at least a few cases he knows of, health service providers have even called the police to arrest their clients upon discovering that they are gay.

Both the men and their healthcare providers in Malawi fear “adverse repercussions related to the provision of services to men in same-sex sexual relationships”, states a 2014 study in the journal BMC International Health and Human Rights.

Even just helping these men can be dangerous.

Peer educators are targets too
Henry Phiri is a confident, energetic 19-year-old with a knack for putting anyone he meets at ease. Since 2015, Phiri has worked as a peer educator with Cedep and Linkages, an American-funded project aimed at helping “key populations” – people at high risk of HIV infection – get better testing and care. This includes sex workers, men who have sex with men, transgender people and people who inject drugs.

Phiri, who also asked to use a pseudonym, meets with about 10 to 15 men a week, offering a range of services from escorting them to clinics for HIV testing to doling out condoms, lubricant and advice on preventing sexually transmitted infections (STIs).

For Phiri and many others doing this work, the job is deeply personal – he was once himself denied an HIV test and STI treatment at a public hospital, where healthcare workers who found out he was gay spat insults at him and ignored his obvious pain. Only after a friend, who was also gay, helped him to get to a private hospital did he receive the treatment he needed.

Now he hopes to help others avoid this experience.

But the job is gruelling and the harassment relentless. He was once beaten up by a homophobic mob, and says he is regularly accused of trying to convince Malawian communities to adopt the “alien” practice of homosexuality.

“I reported it to the police, but they didn’t help. They said it would have been better if they killed me,” he says. A spokesperson for the police, Thomeck Nyaude, commenting generally on the issue of hate crimes, says LGBTI victims of violence are treated “as any other victim because we respect people’s human rights”.

Safety is an issue
In Lilongwe, Linkages district co-ordinator Angella Souza confirms that some of her peer educators have quit after facing violence – or fearing they someday would.

“Safety and security is an issue,” she says. And it remains difficult to convince members of key populations to come forward for testing and treatment because of the “hostile environment” they face.

Cedep, for instance, has recorded 30 cases of verbal or physical abuse among members of the LGBTI community when they attempted to access health services in 2016. It estimates that the majority of such cases go unreported.

Health officials in Malawi, however, acknowledge that projects to assist key populations such as the LGBTI community are likely to have positive ripple effects for the country.

“It’s important to target them whether one wants it or not because HIV is higher in key populations than it is in the general population,” says Medson Matchaya, the district health officer for Blantyre, 400km south of Lilongwe.

Government is not doing enough
By focusing on populations with higher infection rates, he explains, Malawi is far more likely to reach UNAids’ ambitious “90-90-90” goal by the year 2030 – when 90% of HIV-positive people will know their status and 90% of people diagnosed will be on antiretrovirals. The target also seeks to have 90% of those on treatment virally suppressed, meaning that antiretrovirals will have lowered the amount of the virus in their blood to almost undetectable levels.

But many activists say they cannot hope to improve the healthcare situation for members of the LGBTI community in Malawi until the government makes a greater effort to protect their basic human rights.

“It is a cardinal principle protected in the Constitution that persons of a homosexual orientation should not be subjected to discrimination in any form whatsoever on the basis of their sexual orientation, perceived or actual,” says Justin Dzonzi, chairperson of the Malawi Human Rights Commission.

The government also recently affirmed United Nations recommendations to safeguard LGBTI access to healthcare, he says, but in practice those promises are still far from being realised.

Nyondo, for instance, was finally able to get an HIV test, but only after he was forced to give a mortifying public explanation of how he had sex with his female partner.

The whole experience made him doubt the validity and outcome of the test. But he has recently heard about clinics supported by Linkages peer educators. With their help, he says, maybe he will try again. 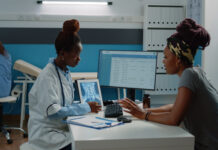 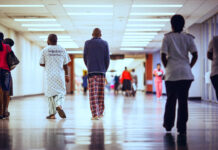 Myths, migrants, and who benefits from medical xenophobia