Gauteng Premier David Makhura claims he didn’t know #LifeEsidimeni patients would be transferred to the care of NGOs. Perhaps he just didn’t listen.

It has been called a tragedy. A calamity. A scandal. But this was no accident, no rash decision made under pressure, no force of nature.

It was sheer arrogance, political manoeuvring, incompetence, indifference and possibly greed and corruption that sent nearly 150 of the most vulnerable patients to their deaths.

Some analysts have branded the ?#Life Esidimeni tragedy mass murder.

The controversial Gauteng health department project had nearly 2 000 mental health patients shambolically removed from private health facilities in the province, for which the state had paid, largely to nongovernmental organisations (NGOs). Many ended up in underfunded, ill-equipped and unlicensed community organisations, where they were taken care of so badly, and in such inhumane ways, that bodies started piling up at an alarming rate.

The department was repeatedly warned against doing so by professionals and organisations with on-the-ground experience. But they were brushed aside.

Civil society and health organisations who spoke out were treated as the enemy.

Opposition politicians were vilified for doing their job. The Democratic Alliance’s Jack Bloom, a long-standing thorn in the side of the ANC in Gauteng, was called a racist and chauvinist when he repeatedly raised questions about the project in the legislature.

“Now we are told nobody — not the MEC, not the officials, not the premier — knew anything about it,” says Mzukisi Grootboom, chairperson of the South African Medical Association (Sama). “For goodness sake, if that is how things are run … God help us all.”

The post-mortems of some of the deceased revealed how patients became so hungry that they resorted to eating plastic. Some were left naked and chained to beds without mattresses next to dead bodies before they, too, eventually died.

At least one woman was allegedly raped.

And some — between 45 and 62, depending on whose list you check — simply went missing. No one knows whether they’re dead or alive.

Finally, there are people like Guy Daniel Kanza. His family has been searching for him since he was removed from a Life Esidimeni facility in Waverley in northern Johannesburg in 2016.

His name appears on no Gauteng health department list. He is just gone.

Listen: My son had death in his face

Sama, a fierce critic of the department of health and often the politicians in charge, has long warned that there are problems across the public health system.

“When we raise concerns, it is not because there is a political decision to question government,” Grootboom says. “It’s is because we are dealing with patients and have an obligation to represent them. We work in the poor communities.”

However, Sama’s remarks are rarely embraced by the government. “We should be treated as allies, as government’s eyes and ears on the ground. Yet, we’re treated as troublemakers,” Grootboom argues.

Had it not been for the work of civil rights groups like Section27 and professional bodies like the South African Depression and Anxiety Group (Sadag), more lives would undoubtedly have been lost. It could have taken years for the disaster to come to light.

“The failures were quite simply due to government’s persistent failure to heed the advice of experts, families and everyone else who could see that this was going to end in disaster,” Charlene Sunkel, who represents both the South African Federation for Mental Health and South African Mental Health Advocacy Movement, told Bhekisisa.

“Civil society often has the experience and knowledge that government officials lack and the government would do well to pay more attention to how this expertise could positively influence and inform their processes.”

Grootboom says the disastrous failures that led to patient deaths are the culmination not only of failing health systems but because there is also no way to address problems once they are raised. “We often see that politicians announce there will be an intervention. Then it is as if the job is done.”

The question left unanswered during the past two months’ arbitration hearings in Johannesburg is why the terrible trio of Qedani Mahlangu, the MEC in charge during the Life Esidimeni project, the head of her department, Barney Selebano, and the director of mental health, Makgoba Manamela, were so adamant to push through the transferrals of patients. Was blind resistance to their critics’ advice the only factor, or was there corruption, greed and political gain involved?

Gauteng Premier David Makhura connected financial irregularities to the payment of NGOs and vowed that the government would continue to investigate the reasons for Mahlangu’s decision. The Special Investigating Unit is investigating possible corruption related to project, he said.

But did Makhura know the details of Mahlangu’s plan and, if so, why did he not prevent the tragedy from happening?

Not one of the health department’s senior leaders took personal responsibility and instead claimed that no one in government works in a silo, and the department, therefore, needs to take collective responsibility. Mahlangu alleged her senior staff never informed her of the details of the project, while Selebano and Manamela claimed the exact opposite — that their boss bullied them into it.

“At the start of the arbitration hearings, we had very high expectations to help us answer our questions of why, why why,” says Sadag’s Cassey Chambers. “But we were very disappointed and frustrated by Manamela, Selebano and Qedani’s testimonies. Both at their stall tactics, blaming everyone else — even NGOs like us who were trying to help and doing the work that they should have been doing.”

A teary and clearly frustrated Health Minister Aaron Motsoaledi, who referred to Mahlangu’s behaviour as “criminal conduct”, took the stand on Wednesday. “I have been asked why I don’t fire MECs,” he said. “But I cannot do that. The premier hires and fires MECs.”

Mahlangu’s tone-deaf appearance at the hearings certainly made it easy to cast her as the pantomime villain. She has done nothing to endear herself to either the patients’ families or the public, who have taken to social media to vent their anger against the former MEC.

One by one, officials drove the nails into her political coffin and distanced themselves: from the expedient (officials in the department trying to shift the blame) to the factual (a credible Barbary Creecy dismantling Mahlangu’s defence as MEC for finance) and the political (Makhura and an emotional Motsoaledi).

“There was a clear intention that officials wanted to hide this from the minister and the premier. But for what reason?” Motsoaledi asked.

“When I read the ombudsman report about how people were bundled in vans and tied with sheets, and how they are chosen … like cattle at an auction…” Motsoaledi said, unable to finish his sentence.

“For human rights to be breached in such a manner that is reminiscent of our apartheid era in our democracy is very painful that’s why I feel personally betrayed.”

Watch: Motsoaledi breaks down on the stand

For now, Mahlangu’s political career is over — at least as far as public office is concerned. While South Africa has the dubious track record of rewarding scandal-ridden politicians, anger over her transcends the ANC factions, and she will have to take the fall for government’s worst human rights failure since the end of apartheid.

Makhura has probably done enough to survive the political fall-out. At the hearings, he was the opposite of Mahlangu — he accepted personal accountability and came across as humble and sincere. Crucially, the family members of patients warmed to him.

But the premier’s insistence that he was misled by his former MEC is disputed by Bloom. Makhura repeatedly testified that he did not know patients were being sent to NGOs. Bloom produced the Hansard record of the Gauteng legislature sitting on 15 March 2016, where the premier was greeted by the speaker and answered questions. Later in the same session, the written record reflects, Bloom raised specific concerns about the NGOs. “I speak to mental health NGOs, and they tell me that there are no the facilities [sic] that, it simply has not been done.”

Mahlangu explicitly mentioned NGOs several times in the sitting. “The NGOs have hired the staff,” she said, and then, astonishingly, admitted some had not been licensed. “They have also been given licences.”

What set these proceedings apart from many others into government failings is the warmth, compassion and incisiveness of retired chief justice Dikgang Moseneke, who presided over the hearings. “We finally felt like someone was listening to us. We need more people like the justice in our country’s leadership,” Chambers says.

At the end of this week’s hearings, Joseph Maboe, a reverend who lost his son, Billy because of the Life Esidimeni project, stood up and prayed: “Lord, thank you for Ntate Dikgang Moseneke. He has been chosen to be our Moses to lead us through the wild desert of the life of this country.”

The testimonies ended on Wednesday. The final legal arguments in the Life Esidimeni arbitration are expected to be delivered on February 8 and 9. An arbitrator will then announce a compensation package for the victims’ families. 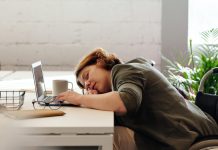 South Africa’s coronavirus lockdown has us doing less — so why do we feel so tired? 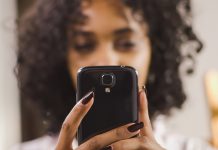 The coronavirus outbreak & mental health: What you need to know