At a time when the US global gag rule may be hurting more organisations than ever before, the country’s 19-country “coalition of the unwilling” managed to override more than four dozen other nations on key provisions of the UN declaration on universal health coverage.

The United States has steamrolled a coalition of more than 50 countries — including South Africa — to remove key phrasing about sexual and reproductive rights from the world’s first declaration on universal health coverage.

UN member states signed the final declaration in New York City on Monday. The document is the product of months of behind-the-scenes battles between countries over the exact wording that heads of state ultimately sign onto. Sexual and reproductive health was just one of several contestations that ultimately led to what some say is dangerously watered-down language on what universal health coverage should mean.

Previous versions of the 11-page declaration would have committed the world to providing family planning services, sexual health information and education as part of people’s sexual reproductive health rights, says Itai Rusike. He’s the executive director of the Community Working Group on Health in Zimbabwe and a member of the UN’s official civil society engagement mechanism.

But although the final document did retain references to sexual and reproductive healthcare services, it does not include a provision for sexual health rights in what local public interest law nonprofit Section27 deemed a “worrying trend of decreasing respect and recognition” for these types of rights in a statement Wednesday.

Sexual and reproductive health and rights are about more than just preventing sexually transmitted infections — they include the right to make decisions about one’s body and also to pursue a safe and satisfying sexual life, explain international leading health experts in a 2018 special edition of The Lancet medical journal.

The final declaration’s omission of the term “rights” from wording around sexual and reproductive health was spearheaded by a United States-led coalition of 19 nations, including Nigeria, Brazil and Egypt. Activists allege that the removal of sexual and reproductive rights from the text allows countries who oppose services such as abortion or comprehensive sex education to continue to undermine people’s ability to choose when and if they have children.

US health and human services secretary Alex Azar explained his country’s opposition to the inclusion of sexual and reproductive rights in the world’s first declaration on universal health coverage:

“We do not support references to ambiguous terms and expressions, such as sexual and reproductive health and rights in UN documents, because they can undermine the critical role of the family and promote practices, like abortion, in circumstances that do not enjoy international consensus and which can be misinterpreted by UN agencies”, he said.

“Such terms do not adequately take into account the key role of the family in health and education, nor the sovereign right of nations to implement health policies according to their national context,” Azar continued. “There is no international right to an abortion and these terms should not be used to promote pro-abortion policies and measures.”

In 2017, US President Donald Trump reintroduced the country’s Mexico City Policy, also known as the global gag rule. The law allows the US government to cut funding to organisations if they perform or promote abortions abroad, regardless of whether this is done with or without US money. In March, the country expanded these prohibitions to, in theory, gag smaller organisations who may get any type of funding – US or not – from larger bodies who are already gagged. Early indications from health policy watchdogs are that this may be affecting grants from other large international donors such as the Global Fund to Fight Aids, TB and Malaria.

At Monday’s high-level UN meeting, Dutch minister for foreign trade and development cooperation Sigrid Kaag hit back, saying true universal health coverage must include access to health services such as termination of pregnancy and family planning as part of people’s sexual and reproductive rights.

Kaag was speaking on behalf of more than 60 countries including South Africa and others across Africa, Europe and Latin America.

She explained: “Comprehensive sexual and reproductive health services is necessary to address the needs of women, girls and adolescents and people in the most marginalised situations who need these the most.”

More than half of the world population will have limited or no access to sexual and reproductive health services in their reproductive years, a 2018 study published in The Lancet shows.  But for as little as R135 per person per year, this kind of care can be available to all, Kaag said, quoting evidence from The Lancet report. Investing in these services can save lives and was linked to a reduction in poverty.

Although South Africa co-signed the statement read out by Kaag, health minister Zweli Mkhize did not speak out against the removal of sexual health rights from the final political declaration, according to the Section27 statement.

He, however, spoke of South Africa’s commitment to reduce the burden of maternal and child mortality, as well as non-communicable diseases through the country’s universal health coverage funding model, the National Health Insurance (NHI).

But activists at home are adamant that a new funding model such as the NHI is not enough to change the quality of care South Africans get.

While South Africa needs a major overhaul to address glaring inequalities in its health system, there is no guarantee that the NHI Bill in its current form will do anything to improve the quality of care in the country, Percy Mahlati told Bhekisisa before the meeting. Mahlati is part of the Progressive Health Forum comprised of dozens of health experts and anti-apartheid stalwarts.

He explained: “Over the past 10 years, NHI has become confused with UHC. NHI is just a funding mechanism. It’s not going to cure the bad behaviour in the public and private sector.” 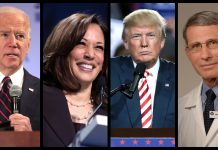