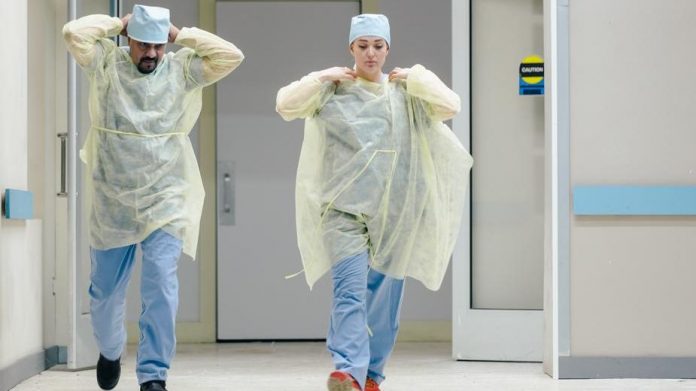 Compass: Charting a course to the NHI

What does a nearly 300-page technical report mean for the move to the new health financing model — and your pocket? Find out in the latest in our series, Compass: Charting a course to the National Health Insurance.

The Competition Commission’s inquiry into the private healthcare sector has spanned more than five years and amassed the largest-ever data set on everything from how major hospital groups negotiate with medical aids to why the price for even basic procedures can vary so much from doctor to doctor.

Less than one in five South Africans has private medical aid, according to 2018 figures from Statistics South Africa. But many more of us use the private healthcare system. In fact, almost a third of households surveyed in 2016 by Stats SA said that their first port of call when someone fell ill was a private healthcare provider.

And for the average consumer, Monday’s Competition Commission report reveals that you really are paying more for private healthcare — and you’re forking out money for care that you don’t necessarily need. The commission found higher than normal rates of hospital admissions and some forms of surgery than what our health as a country would dictate. There was no data to show that overtreatment did us any good.

What it is doing though is pushing up your premiums — and everyone else’s, explains Wits University professor Sharon Fonn, who was part of the commission’s expert panel.

“There is this story that private healthcare is so much better. Sure it’s more comfortable, the queues are shorter and there are nicer carpets,” Fonn says. “But whether it’s necessarily better, we have no data.”

Here are four ways that the commission’s investigation will change the future of your healthcare and the National Health Insurance (NHI):

1. It could shape what you get under the NHI:

Medical aids are legally required to cover in full a set of 270 specific treatments for common conditions, called Prescribed Minimum Benefits (PMBs). But most of these are hospital-based, which means you’ll pay out of pocket for day-to-day needs like contraception.

The Competition Commission inquiry flagged the problems with PMBs relatively early on in its investigation. In its final report, it found that because medical aids are forced to pay for this largely hospital-based care, doctors can unilaterally determine how much they will charge for them. This practice can push up prices and may tempt some doctors to prescribe more tests and care than are needed.

PMBs will now be reshaped to include more basic everyday health needs. The new and improved PMBs are likely to be aligned with the basic package of care everyone will be entitled to under the NHI.

2. It may determine what your medical aid cover looks like under the NHI:

There are almost 70 different medical aids and more than 100 different plans among medical aids to choose from. You’re not alone in being unable to figure out which is best for you. That’s why the Commission recommends that each medical aid be required to offer the same base package.

Sounds familiar? Yup, that’s right, the NHI will offer a basic package too. Will these two look similar? We think it’s likely.

In the run-up to a fully implemented NHI, all medical aid members will have to buy this base package, if the Commission gets its way. Its experts argue that a standardised option like this without any frills will force medical aids to compete with each other to demonstrate better care and pricing.

It’s likely this system will be a precursor to a fully rolled out NHI, under which medical aids will be reduced to providing only top-up cover.

3. It could decide what you pay for healthcare in the future:

The Competition Commission found that the South African private healthcare sector is among the world’s most unregulated. But that will change if the inquiry’s recommendations are rolled out.

To curb ballooning costs, it’s suggested that a maximum price for each PMB be established. For conditions that fall outside PMBs, tariffs may be decided by a forum consisting of government, business and civil society players convened by a newly proposed regulatory body.

Cheaper healthcare will mean a more affordable NHI. Having a procedure done outside of what the NHI will cover? Well, in 2018 former Health Minister Aaron Motsoaledi envisioned that these tariffs would still apply.

4. It could put care closer to home:

If you’re a  medical aid member, you’re probably locked into using one of your scheme’s preferred providers. But using a doctor that’s part of your medical aid network is easier said than done when you live in underserved areas. Now, ahead of the NHI, the Competition Commission wants to make it easier for your local GP to join preferred provider networks, explains Competition Commission expert panellist Ntuthuko Bhengu. If doctors are being paid for what they provide to patients, then it should be easy for them to link up with medical aids.

“We feel now that the medical scheme must just put out its criteria and say to practitioners, ‘this is the criteria you must meet’. Then it’s up to the practitioners to bill according to that,” he explains. “The advantage is that this will deal with problems of access.”

He adds: “We don’t want someone who lives in Soweto to have to take three taxis just to get to a pharmacy in their provider network when there’s actually a pharmacy just next door.”