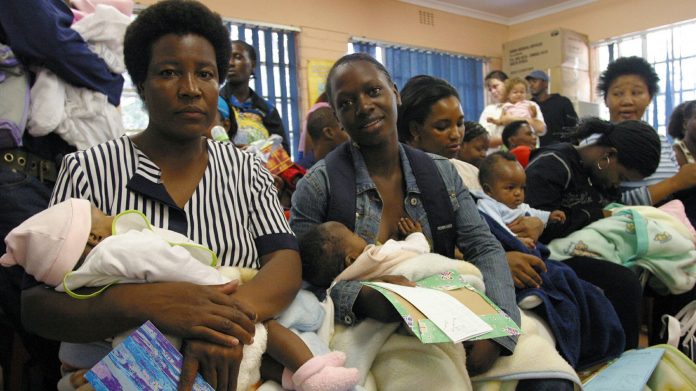 Compass: Charting the course to a National Health Insurance

Public comment on the NHI Bill has closed, but there are other ways you can add your voice to this historic overhaul of the country’s health services. Find out in this latest instalment of “Compass”, our series on the NHI.

How could everyday South Africans hold a scheme as big as the National Health Insurance (NHI) accountable for the quality of its care?

The scheme, for which membership will be compulsory, is a state health financing system that will buy healthcare services from public and private providers for the entire nation, regardless of their income. According to the current version of the NHI Bill, for which public submissions closed last week, the NHI will be fully operational by 2026.

The Bill was published in August.

Once it’s here, the NHI will have to account for the quality and compassion of its care, explains Leslie London, the head of the University of Cape Town’s Public Health Medicine division at its School of Public Health and Family Medicine.

But, public health experts warn two groups that could play a crucial role in holding the scheme answerable for the standard of services it provides, are being left behind: health workers and the patients they serve.

For a start, researchers argue, patients could be given more influential roles in technical meetings where the big decisions are made about, for example, which benefits the scheme covers.

Power to the people… and paralegal training?

Some role players say patients will have more influence if life is blown back into the country’s health committees or by giving citizens basic legal training to empower them to speak truth to power.

In countries such as Guatemala, India and Uganda, citizens were given paralegal training to give them the tools to hold clinicians and the health system accountable. A 2017 study published in the journal World Development found that this kind of intervention could help slash bottlenecks in service delivery and improved trust between communities and clinics.

In India, for instance, community paralegals helped tackle high rates of child mortality in the country’s north-eastern state of Assam. They tracked failures of maternal healthcare services in the area by using a text-based reporting system that eventually led to a court case against the state.

Even technical decisions about details such as which benefits the scheme will cover are not neutral, Sasha Stevenson from the public interest law organisation, Section27, says.  These choices should be made in consultation with the people who will be using the scheme – the people queuing at clinics for care.

South Africa’s constitution protects citizens’ right to government policies that are rolled out in a way that reflects their needs.

Did the NHI consultations really walk the talk?

But civil society has long complained that consultations on the NHI are insufficient.

Although parliament’s portfolio committee on health has run public hearings on the NHI Bill over the past few weeks, a Section 27 community mobiliser, Sfiso Nkala, argues the meetings are “no more than lip service” and that people’s testimony is unlikely to translate into any real changes in the way the scheme is run. Nkala says the hearings have been dominated by trade unions and political parties and that ordinary people testifying in the two Kwazulu-Natal hearings he attended did not have the detailed knowledge “they needed to make contributions that will lead to policy change”.

But Stevenson told Bhekisisa in September that even written public submissions from activists and academics on the previous iteration of the Bill have not had much impact. Section27 sent in detailed concerns to the department on both the green and white papers to no avail — the issues raised remained unchanged.

As it stands, Stevenson says, there is only one proposed NHI body in the Bill that involves health workers and civil society: the stakeholder advisory committee.

She warns: It’s the only committee that doesn’t have any real power to make recommendations.

For example, he argues, universal health coverage as defined by the World Health Organisation aims to provide healthcare  — that doesn’t cause financial hardship — to all people.

But without citizens in the room, important details of people’s everyday experience of the health system could be lost.

He explains: “For South Africans, financial hardship does not stop at the cost of getting the care they need. It also costs money to get to the clinic in the first place.”

According to London, refreshing the country’s health committees could be one way to get communities to participate in their health system in a meaningful, structured and ongoing way.

These committees are statutory bodies, that according to the National Health Act, should include local government councillors, people in the community and the head of the clinic or health centre.

The Act, however, leaves the work of deciding what exactly health committees can do, and how much power they have, up to provincial health departments — but those rules have remained largely unwritten. The Eastern Cape, according to London, is the only province that specifies how health committees should be elected.

And in practice, the committees often have no place to work from, or, they face disrespect from the communities they serve, London says.

There is, however, evidence that health committees can shape the way in which health services are provided if they have the right support.

In 2018, London and his colleagues trained 24 health workers and clinic managers in Cape Town on the roles of health committees. In surveys completed after the training, the participants described the training as “empowering” and “an eye-opener”  and even had suggestions for how the committees could be improved by, for instance, liaising with social workers, security guards and schools to help health workers keep their finger on the pulse.

The training also helped build trust between committee members and other health workers where there had been hard feelings about who is responsible for what.  And participants revealed that a functional health committee cannot operate without money. A lack of money for petrol and airtime were among the reasons some committees could not fulfil their role well, the study found.

The research was published in the journal Frontiers in Sociology in April.

“The government has been spoon-feeding the community for a very long time,”  one participant wrote. “It is now time that the society takes the responsibility or ownership of their health. Health committees would bring a tremendous improvement in our society because they do not feel left out.”

Facebook
Twitter
Pinterest
WhatsApp
Previous articleMore than just a footnote: ‘African authors are under-represented as first authors — positions that often get the most credit’
Next articleWhen ambulances wouldn’t respond to calls in this community, one woman started her own EMS company.