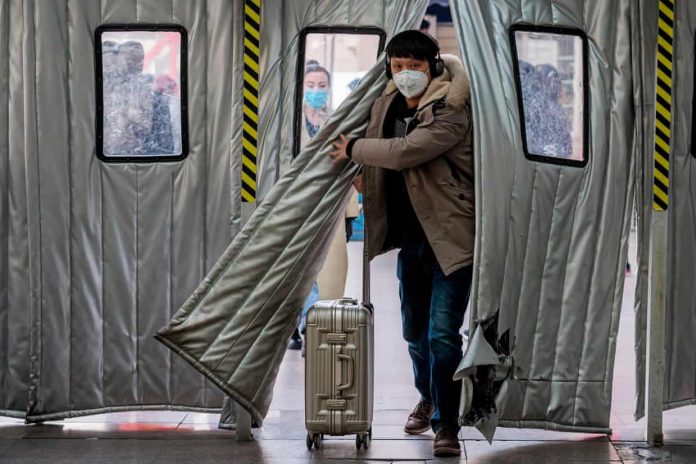 Outbreaks have taught us communication is key, and that the world is only as strong as its weakest health system.

A patient presents at an emergency department somewhere in the world. They are feverish and vomiting. Doctors suspect it is influenza, but they are wrong.

When the outbreak of a virulent new disease such as the coronavirus is identified, the starting gun is fired on a vast, multimillion-dollar international effort to try to contain it.

But nothing can start before a health professional determines that, against the odds, they are confronting something exceptional.

“You need to work through that process, establish that this is an out-of-the-ordinary disease and say, let’s do lab tests on it,” says Jonathan Quick, an adjunct professor of global health and author of The End of Epidemics.

Other cases rely on a hunch. In 2003, the Italian specialist Carlo Urbani was asked to examine a patient in a Vietnamese hospital with symptoms of influenza. Urbani saw a different pattern. He commissioned tests, reinforced infection controls around the patient and alerted the World Health Organisation.

A global alert for a virus named severe acute respiratory syndrome (Sars) was declared 12 days later. Urbani died from it the following month.

Advances in medical science by the late 1960s led some experts to declare that humanity had conquered infectious diseases. It was wishful thinking. Two decades into the 21st century, viruses are breaking out more frequently than in the past, data shows.

One factor is that humans are spreading into territories we have never lived in before, bringing us into contact with animal populations carrying diseases our bodies never learned to fight.

The 2014 Ebola outbreak was formally identified more than two and a half months after it was first detected. The 2015–16 epidemic of Zika, the mosquito-borne virus that led to 3 000 severe birth defects, took 37 days. The disease always gets a head start, and not just for biological reasons. An epidemic may be a medical phenomenon, but it is social and political too.

The impulse for secrecy

In the crucible of an outbreak, sharing information is one of the most important factors in saving lives. But instincts often lead the other way. When Sars emerged in China in November 2002, it raged for several months before Beijing alerted the WHO.

“China actively hid Sars from the international community and the WHO was really disempowered,” says Alexandra Phelan, an adjunct professor at the Georgetown law school.

The same urgent need for transparency applies to scientists studying the disease, some of whom have been incentivised in the past to withhold important findings in a crisis for fear they may not be able to publish them in medical journals later.

The impulse for secrecy even extended to Liberian villages afflicted with Ebola, where out of fear and mistrust some families would hide sick or deceased relatives from medical teams.

“Information sharing is what it’s all about,” says Rebecca Katz, the director of the Center for Global Health Science and Security at Georgetown University. “If you don’t know something is happening, you can’t stop it.”

Once an outbreak is identified, the focus can shift to stopping its spread, which in theory is straightforward. “Your rate of growth needs to be less than one,” says Joshua Ginsberg, the president of the Cary Institute of Ecosystem Science. “If every person who gets the disease gives it to slightly less than one person, then the disease will go away.”

That requires determining who is already sick, and who may become so. Hospitals become vigilant for symptoms of the disease in new patients, while teams are sent out into communities to enlist them to report anyone showing the telltale signs – and in some cases, to prevent those people from making the journey to a clinic themselves.

“If a disease is highly contagious, if people are coming to the hospital it probably means they’ve contaminated a lot of people on the way,” says Michel Yao, a physician who advises the Democratic Republic of the Congo’s health ministry on its Ebola response.

Infected people take part in a process known as contact tracing: listing everyone they have interacted with in the past days or weeks, and for how long. Those lists can be vast – a 2011 study found every measles case generated sometimes hundreds of contacts that needed to be investigated.

But when Ebola hit Africa’s most populous country, Nigeria, contact tracing and surveillance networks that were already in place to combat polio helped to stop the outbreak in its tracks.

Medical teams managed to reach every Nigerian case and seven deaths were reported in the country of 181-million people. “Because they had that system in place, they were able to jump in immediately and figure out, where did this patient go, who did he talk to? And isolate those people,” says Ashley Arabasadi, a policy adviser at the US-based Management Sciences for Health institute.

Quarantining cities, as China has done to Wuhan in response to the coronavirus outbreak, can often make the epidemic worse, according to some experts.

“It causes mistrust in the government and panic and concern,” Phelan says. “People can’t access healthcare because public transport is shut down. Or they may do the opposite and overwhelm medical facilities. And how do you get in food and drugs for other non-coronavirus issues? It is a very heavy-handed move that has no evidence base behind it.”

‘One or more could have collapsed’

Blunting the spread of an epidemic is difficult enough in wealthy states with strong governments and developed health systems, but when Ebola broke out in Sierra Leone, Liberia and Guinea in January 2014, the three countries were quickly overwhelmed.

“It was actually possible that one or more [of their governments] could have collapsed,” says Beth Cameron, a health security specialist who served on the task force established by Barack Obama to fight the disease.

Ned Price, another Obama administration official who worked on the Ebola response, recalled a meeting in the White House situation room that August, when those assembled, including Obama himself, were shown the worst possible outcome.

“It showed 1.5-million active cases by the end of January 2015,” Price says. “There was shock. I forget if there were audible gasps, but people were definitely gasping on the inside.”

When Ebola cases appeared in the US, Spain and Britain, it was clear the world was only as strong as its weakest health system. About 2 800 US troops were deployed to west Africa alongside soldiers and health workers from the region and around the world, to treat the sick, test for others who might have the disease and prevent it from spreading.

By the end of the year, Price says, the daily reports the White House was receiving started to show the number of new transmissions falling. “There was a moment in late 2014 where it became apparent the intervention was working,” he says.

More than 11 000 people died in the three worst-affected countries, but the disease continues to roil the DRC, where more than 2 200 have died so far.

‘The number-one thing is not to politicise the disease’

One of the keys to beating an epidemic has little to do with a country’s wealth or infrastructure. The most effective vaccines and public-health programmes are useless if a population does not trust those trying to fight the disease.

Sources of misinformation have proliferated. “Ebola literally set Twitter records in terms of the number of posts about it,” says Quick. “And when we looked at what was on there, a lot of it was false stuff, and people were more likely to believe downright fictions on social media than they were official sources.”

Stigma is another deadly accelerant for any outbreak. “The worst thing for an epidemic is for it to start in what are considered the ‘social evils’,” says Quick, who worked extensively on the Aids epidemic, which has killed an estimated 32-million people since the virus was identified in the 1980s.

He recalls the resistance among conservatives in the US to public-health measures such as needle exchanges, and within the gay community, the reluctance to share lists of people they had had sexual contact with for the purposes of tracing the disease’s spread.

“They were so distrustful, with good reason, that they wouldn’t participate,” Quick says. “The number-one thing is not to politicise the disease.”

Leaders in the fight against the 2014 Ebola outbreak turned to anthropologists to explain that burial practices, including ritually washing the dead, were helping to spread the virus. They recommended small changes that reduced hostility between health workers and communities.

“The first wave of human remains were dealt with through cremation, which is not how people in those areas bury their dead,” says Arabasadi. “It was also discovered that if the treatment facilities had windows, or a fence where your family could visit you and give you food, that impacted where people would go.”

Advances in machine learning are honing the science of predicting future outbreaks. “Our goal is to have the real-time ability to look at human traits, ecological traits and those of animals that are reservoirs for these diseases, and be able to say: we think there is going to be an Ebola outbreak, in the eastern Congo, in the next six-to-eight months,” says Ginsberg. “That’s the dream.”

But technology will not eradicate diseases. The best that can be done is to strengthen local health systems to contain them as close to the source as possible, Arabasadi says. “It is very hard to get people to fund preparedness because the measure of success is a non-event, and that’s hard to get excited about,” she says. “But investments in health systems will have a huge rate of return, including on things that aren’t outbreak-related, like better maternal care and less infant mortality.”