People who are over the age of 50, obese or living with diabetes or high blood pressure are more likely to die from COVID-19 than those who are younger or without these conditions

Not all hospitals and clinics are taking steps to protect high-risk staff from the new coronavirus, say unions.

People aged 50 or older are almost 10 times as likely to die from COVID-19 than otherwise healthy younger people, according to recently released figures from the Western Cape health department. The risk of death in people with diabetes and high blood pressure becomes even higher, shows the province’s dataset, believed to be the largest analysis of its kind in Africa.

Almost half of registered nurses and midwives practicing legally in South Africa were above the age of 50 as of 2017, reports from national regulator the South African Nursing Council reveal. About 20% of these workers were over the age of 60.

But not all health facilities do enough to safeguard these workers, health worker unions and employees warn. In May, the national health department released guidelines saying that health facility managers should ensure that older workers or those with underlying conditions are protected as best they can from the new coronavirus. For healthcare workers, this may mean taking leave to try to avoid exposure to the virus — for many others, it could mean staggering shifts, moving to lower-risk parts of health facilities or having employer-provided transport to avoid buses and taxis. But unions and healthcare workers say some clinics and hospitals are not adhering to the guidelines and everyone isn’t following the rules in the same way. And, it’s almost impossible to track which are or aren’t. In the process, some healthcare workers are left to face agonising choices.

Fourteen healthcare workers recently told Bhekisisa their facility had no policy to protect high-risk employees — they responded to an ongoing Bhekisisa survey on workers’ experiences during the pandemic. Respondents were evenly split between the public and private sectors.

As of June 16, almost 3 600 healthcare workers had developed COVID-19. Although more than half of these workers had recovered, 34 died of the condition caused by the new coronavirus. About 40% of the 238 healthcare workers hospitalised for COVID-19 as of 14 June had at least one underlying health condition, most commonly hypertension and diabetes, according to the National Institute for Occupational Health.

About 40% of adults in South Africa are living with high blood pressure, the country’s 2016 Demographic Health Survey found. About one in 10 has diabetes, the research found.

‘I’m 74 and still working out of necessity. If I don’t go back to work, I might never be able to work again’

The National Institute for Occupational Health ranks health workers, alongside people  working in emergency services, laboratories and mortuaries, as being among those employees at highest risk of contracting the new coronavirus. The institute has advised workplaces to allow people at high risk of serious COVID-19 to work from home, but admits that’s not always possible – especially for workers in the healthcare sector.

Nationally, the health department’s own guidelines for healthcare workers who are at a high risk — and this includes employees who are obese — should be assessed by their own doctor. Obesity has been shown to increase the risk of hospitalisation from COVID-19 in people below the age of 60, argue researchers in a recent study in the journal Clinical Infectious Diseases.

Doctors examining healthcare workers, the guidelines say, should make sure that everything possible is done to reduce an employee’s risk of COVID-19, for instance, ensuring that any underlying health conditions are treated and well managed.

Physicians should then provide a confidential note for managers to allow them to try to decrease an employee’s risk as best they can in consultation with that worker. This can include: moving them to a different role which has a lower likelihood of exposing them to the virus, or otherwise limiting the work they can do, providing personal protective equipment (PPE), such as masks and limiting their contact with other people. The guidelines also provide protection for workers who live with or care for elderly or high-risk family members.

The Western Cape health department issued a comparable circular to provincial facilities. The Democratic Nursing Organisation of South Africa’s (Denosa) spokesperson, Sibongiseni Delihlazo, says the union has seen a similar framework from the Gauteng health department, but the department did not respond to Bhekisisa questions regarding this.

Despite national guidelines, some unions — including Denosa — say not all hospitals are taking steps to safeguard high-risk healthcare workers.

“We have received reports of workers who have been forced to work while they are vulnerable to the virus because of their age, health condition or when they don’t have sufficient PPE,” says Khaya Xaba, national spokesperson for the National Education, Health and Allied Workers’ Union (Nehawu).

Xaba says the union is investigating complaints from workers and has instructed members not to work if they feel their lives are in danger. Denosa has told its members that they should refuse to treat potential COVID-19 cases if they are not provided with adequate PPE.

“Not every institution implements [them] the way the guidelines state — some do their own way, pressured by the need to ensure continuity in rendering various healthcare services in the institutions in the face of a severe shortage of staff,” Delihlazo explains.

But some healthcare workers are left to face impossible choices.

“I’m 74 and still working out of necessity,” one private sector doctor told Bhekisisa in a recent survey. “I have underlying health problems, as well as hypertension, and this puts me well into the group of vulnerable people.”

The doctor, who reported having to buy their own PPE early in the outbreak, went on: “I haven’t worked during lockdown but feel that if I don’t return, I will in all probability never work again.”

Some hospitals setting up alternative transportation for high-risk workers

Elen Taylor is a nurse at Charlotte Maxeke Johannesburg Academic Hospital in Johannesburg. She also has high blood pressure. She says that, as per guidelines, the hospital sent those workers at the highest risk home during the outbreak — so working staff were left with a heavier workload.

“We work with patients, we have to see them on a daily basis so you can’t even work at home unless you are doing office work. But if you are a nurse or healthcare worker, how are you going to see patients at home?” Taylor asks. “There’s a shortage of staff and now we find that some patients stay longer than they used to and some of the staff have to work double.”

As more healthcare workers get infected with COVID-19, these shortages are likely to worsen. This may be especially true given that both the Gauteng and Western Cape provincial health departments have advertised hundreds of vacancies, the bulk of which were for nurses and doctors, since the start of the coronavirus outbreak.

Back in Johannesburg, Taylor says she is reassured by precautions being taken by the hospital, where wards are now regularly sanitised.

She’s also made small changes to her own daily routine — checking her blood pressure daily to make sure it is within a healthy range and limiting physical contact with her co-workers. She’s swapped out what used to be kisses on the cheek for elbow bumps.

And Charlotte Maxeke Johannesburg Academic Hospital now provides her with a two-week supply of masks and transport to and from her house so she no longer needs to use public transport.

Even though she says it’s scary to see her friends and colleagues getting sick, she’s not deterred from coming into work because everyone takes the safety precautions seriously.

Taylor concludes: “We can’t stop the work because people are having COVID-19, the work has to continue.” 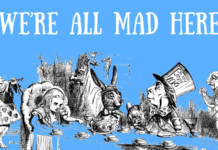 ‘We’re all mad here’: Gaze through the looking glass a year after SA’s first COVID case

Vaccine misinformation: What to do when it’s coming from leaders