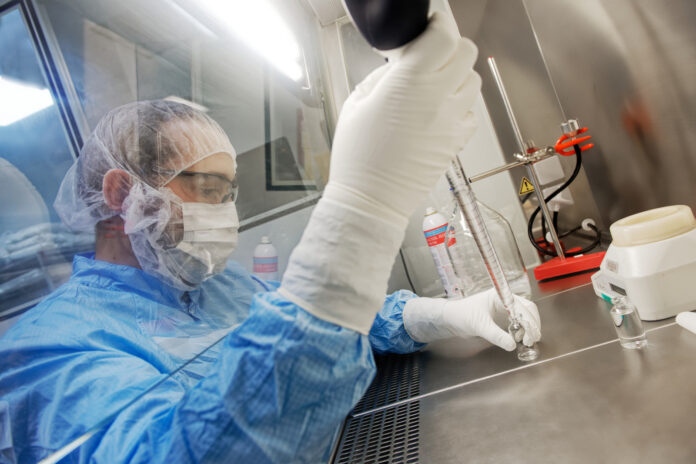 South Africa is one of only a handful of African countries — the others are Egypt, Ethiopia, Morocco, Senegal and Tunisia — with at least some capability to make vaccines.

Yet our country is producing next to none.

South Africa, for instance, has world-class local vaccine-production facilities in the form of the Cape Town-based company, Biovac, which was created in 2003 in partnership with the government as a way to “establish local vaccine manufacturing capability”.

And although Biovac is putting a process in place to produce the pharmaceutical company, Sanofi Pasteur’s six-in-one jab, Hexaxim, as well as Pfizer’s Prevnar 13, it has not yet produced any vaccine from start to finish in two decades of existence. (Hexaxim protects children against diseases such as hepatitis B, polio, tetanus and whooping cough and Prevnar 13 prevents middle ear infection in children and certain types of pneumonia).

In fact, no South African company has manufactured a shot from scratch since 2001 — and the COVID pandemic has exposed this massive failure and its corresponding consequences.

With a dire, global shortage of COVID-19 jabs, countries with local vaccine manufacturers have consistently been able to procure jabs faster and quicker than those nations that have no such facilities.

South Africa, on the other hand, has struggled to get hold of enough COVID shots fast enough.

And while the Durban-headquartered drug manufacturer, Aspen, is producing Johnson & Johnson’s (J&J) COVID-19 jab from its Gqeberha plant, it’s not from start to finish, but rather involves a process called “fill and finish” where an imported vaccine is put into vials and packaged for distribution.

So what has made producing vaccines so difficult for South Africa and why do we lag far behind other middle-income, vaccine-producing (and exporting) countries such as India, Brazil, Russia, China, Mexico and Argentina?

India’s Serum Institute, for example, has become the world’s largest vaccine manufacturer, providing more than 170 states with jabs, and Brazil produces most of its own jabs and has exported shots to more than 60 nations.

India, Brazil, Russia and China either have, or are in the process of, producing COVID-19 vaccines for both local distribution and export.

The answer to why SA doesn’t have the ability to make the most powerful tool to combat COVID-19 is, predictably, multi-layered. Here’s the low-down.

Then and now: South Africa used to make vaccines, but then stopped

South Africa began to produce bacterial vaccines from start to finish almost a century ago in 1935. At the time, the then South African Institute for Medical Research produced antivenoms and typhoid jabs, as well as shots for diphtheria, whooping cough and tetanus, which today is given to young children as a single jab known as DTP3.

And from 1965 to 2001, the State Vaccine Institute in Cape Town produced vaccines for tuberculosis (TB), smallpox and rabies.

Through the dark years of apartheid-related sanctions when South Africa was a pariah state, the regime’s “need for self-sufficiency, and fear of sanctions impacting vaccine imports, kept local vaccine production and distribution going through much of the 1990s”, says Biovac’s CEO, Morena Makhoana.

But the last vaccine produced in the country (BCG for TB) was in 2001 by the State Vaccine Institute — at the same site in Pinelands on which Biovac was later founded.

So why did South Africa stop producing vaccines?

Local production was stopped for a variety of reasons, says Barry Schoub, the chair of the ministerial advisory committee on COVID vaccines.

Schoub, who is also a professor emeritus of virology at Wits, and the former founding director of the NICD, says two of the reasons are that the technology used to create newer types of vaccines had overtaken the earlier, simpler processes and that vaccine import costs were low.

South Africa’s polio vaccine production decades ago was highly successful, for example, because “it was a straightforward, simple process”, Schoub says. That process, he says, involved producing “inactivated” viral vaccines (such as the IPV polio vaccine which SA largely uses), which is made from a virus that has been killed by a chemical but that still provokes an immune response.

Producing later-generation vaccines was a quantum leap in complexity. Examples are:

“We essentially missed the boat in terms of adapting to new technology,” explains Makhoana.

Biovac was conceived towards the end of apartheid, when investing in biotechnology was not a government priority.

“The vaccine game is difficult, it’s expensive, and if you don’t do the upkeep, the facilities go south,” he says.

Medical regulations had also become more stringent by then, Schoub says, and the imported vaccines available at the time were cheap, so it wasn’t worthwhile for South Africa to invest in expensive and sophisticated technology. “It just became more cost-effective to import those vaccines,” he explains.

The latter-day geopolitics swirling around COVID-19 vaccine production, allocation and distribution – and the related inequities – were also not an issue 20 years ago, Schoub says.

“In those days vaccines were not a strategic commodity. It was a straightforward thing. Things only became complicated more recently.”

Why can’t we produce jabs from scratch then?

“The part we are not yet doing is what is called API – the “active pharmaceutical ingredient” – the real raw material”, says Makhoana.

These ingredients are the active substances in any diagnostic test, treatment or vaccine that make it work. They are made using specialised biotechnology — like cell cultures extracted from plants or animals, or chemically synthesised, for example — under stringent safety standards and laboratory controls.

“No one in the country has that capability at the moment,” Makhoana says. “Biovac has the know-how but at a small scale for particular vaccines – but nobody has it on an industrial scale.”

This includes Aspen — which until now has largely stuck to “formulation” (which is compounding ingredients and filling vials or syringes), inspecting, packaging and labelling vaccines.

“When you’re looking to manufacture vaccines, which are biologic products, that’s very different to making a tablet or a capsule,” explains Stavros Nicolaou, Aspen’s senior executive for strategy.

Getting to an industrial stage isn’t just a matter of building a bigger factory, or buying more machinery either, he says.

“These are live organisms you’re introducing into the body, so they have very different, stricter, sterility and quality requirements from oral-solid products,” Nicolaou says.

The constraints, he explains, are in technology, machinery and skills.

“When you start manufacturing a vaccine, you’re taking the antigen, or the API, compounding that under sterile conditions, and you then have to fill [vials or ampoules or prefilled syringes]. Filling technology and the robotics around that are really expensive technologies,” he says.

And South Africa has a skills gap too. “You might have pharmacy schools within all the health faculties, but if you don’t have the exposure to these advanced technologies, you’re not going to keep people with these skills in the country.”

Where are we now?

The result was the establishment of Makhoana’s Biovac in 2003, in which the government had a 47.5% stake with private healthcare companies owning the rest.

Biovac had a mandate to produce routine childhood vaccines to support the country’s expanded programme for immunisation.

The formal PPP ended in June 2020, which means Biovac now needs to tender for government contracts alongside other providers.

Fast-forwarding to 2021, Biovac has developed the capacity to do everything from vaccine formulation (blending primary ingredients) to “fill and finish” (putting already-made vaccines in vials, labelling and packaging them) and inspection.

But, over the past two decades, the company hasn’t managed to expand enough to create vaccines from scratch (other than Hexaxim and Prevnar 13) nor to meet the scale of South Africa’s needs for even the “fill and finish” of imported vaccines.

There is hope that this may change though. The drug company, ImmunityBio, has selected Biovac as a manufacturing partner for their COVID-19 vaccine candidate, hAd5 T-cell, should its clinical trials now underway in the US and Khayelitsha prove successful.

Makhoana says Biovac, at a push, could manufacture 30-million doses of vaccines per year using multi-dose vials (“manufacturing” here refers to any form of vaccine production — “fill and finish”, formulation or producing jabs from scratch).

But this number hinges on the type of technology used to produce some vaccines and the willingness of foreign manufacturers to do “technology transfer” as part of licensing their product for local production.

“When we talk of technology transfer we are talking about transferring the know-how from the original manufacturers into this facility,” explains Simphiwe Ntombela, Aspen Pharmacare’s production manager for the new Gqeberha sterile facility.

The plant will “fill and finish” up to 400-million doses of J&J’s COVID jab, of which 31-million doses will be allocated to South Africa and the rest to other countries.

But even with Biovac and Aspen ramping up their technology and capacity, South Africa will still not be self-sufficient for all vaccines, including routine childhood immunisations, flu jabs, COVID-19 or shots or the next pandemic’s vaccines.

One of the reasons for this is the lack of financial incentives for investment in vaccine production, which are undermined by the government’s tender system.

The government accounts for 75% of the country’s demand for vaccines and pharmaceuticals, Nicolaou says, but it operates largely on a two-year tender cycle for suppliers to manufacture those products. This makes it difficult for businesses to plan and to project revenues that would justify capital investment.

“The current procurement mechanism is counterproductive to attracting investors or safeguarding existing investments,” Nicolaou says. A company might invest massively to scale up its production to meet one particular contract, but two years later, “you could lose the entirety of it if the contract changes and you have two years of nothing – then later you might have to upscale again”.

Nicolaou concludes: “Manufacturing is largely about economies of scale, and if most of [the demand] is sitting in the public sector, the public health and the economic/industrial imperatives need to meet each other.”

Adèle Sulcas writes about global health and food systems, and worked previously at the Global Fund to Fight AIDS, TB and Malaria, and the World Health Organization. She is former editor of the Global Fund Observer.