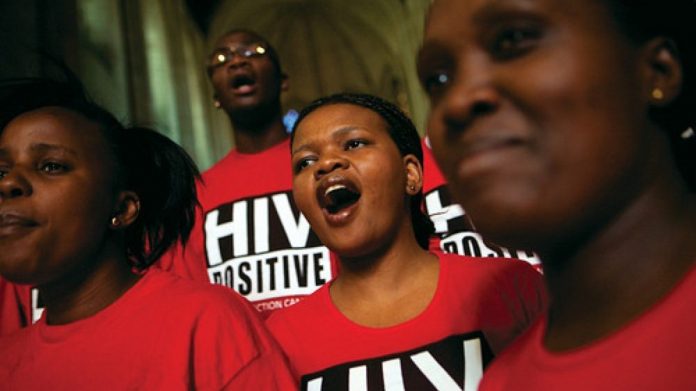 Civil society is supposed to be a watchdog. It’s supposed to fight for what’s right – but what happens when those tasked with advocating for the most vulnerable become the perpetrators of sexual harassment?

It is a moment of reckoning for our social movements.

My name is Yvette Raphael. When I was first diagnosed with HIV 19 years ago, organisations like the Treatment Action Campaign (TAC) gave me the hope and courage to stand up and fight. I identified with the strong women who were in the TAC’s leadership — women like Johanna Ncala, Siphokazi Mthati and Prudence Mabele.

Today, more than one in four people living with HIV in South Africa are women. The vast majority of them are black, the latest survey by the Human Sciences Research Council shows.

The TAC’s struggles from access to HIV treatment, for drugs to prevent mother-to-child HIV transmission to the right for non-discrimination based on people’s status — these in many ways have been the struggles of black women.

But for many years, I’ve seen the signs that being a woman in a leadership role at the TAC was far from easy. At stages, there was a high turnover among women who held positions of power and that disturbed me.

Recently, the TAC found national organiser Amukelani Maluleke guilty of sexual harassment, according to an internal communication sent out by the organisation’s human resource coordinator and reported on by Health-e News.

In the aftermath of the verdict, Maluleke allegedly only received a warning and was instructed to write an apology. The woman who filed the complaint said that she felt disappointed, betrayed and unsafe in her current position.

A TAC statement says it felt that it would have been justifiable to fire Maluleke after he’d been found guilty. However, it did not because the chair of the investigation suggested alternative remedies.

Only after the story was made public did the TAC eventually summarily dismiss Maluleke.

The TAC is an autonomous organisation with its own internal processes. But given the number of influential women leaders and members in its history, it can do better than asking a perpetrator to apologise in the aftermath of claims.

What was also disturbing is the bullying and erasing that followed those who spoke out. This sector is not used to women speaking up — women are on their own. The TAC is much more open and forgiving to men who have previously been publicly accused of sexual harassment such as Zwelinzima Vavi than to the women who speak up against the abuse.

In 2013, Vavi, then Cosatu general secretary, was accused of raping a woman, City Press reported. Vavi publically denied the allegations but admitted to having sex with the woman. She later withdrew the allegations during a Cosatu internal hearing, according to News24.

In September 2018, Times Live reported that another woman had alleged that Vavi had sexually harassed her. Vavi and the woman eventually signed a document stating that it had been a misunderstanding.

We expect more on protecting women’s rights from the TAC because it belongs to us all. It was built with women’s sweat and blood and has shaped our social justice agenda for more than 20 years.

A former TAC leader said she wasn’t shocked to hear of the recent case that she felt reflected an organisational culture that was pervasive even during her time.

“When we were in leadership, we faced a huge backlash and silencing culture from the male leaders”, she confided in some of us.

“Cases were reported and later withdrawn due to women being threatened with losing their jobs. Women [were made] to be seen as liars…perpetuating their own agendas.”

“When we were in leadership, we faced a huge backlash and silencing culture from the male leaders. Women who reported cases were made to be seen as if they were lying, as if they had agendas”

She also scoffed at the idea that an apology would be enough.

“It is an insult to the victim of abuse to follow the cultural stereotype of appeasement by rendering an apology to her,” she told me.

“We should not shy away from emphasising our support for the victim unapologetically so. Ours is to believe her, and walk with her on the journey to recovery.”

She also reiterated her trust in the women of TAC.

But the TAC is just the latest civil society organisation to be rocked by allegations of sexual misconduct. In 2018, the Mail & Guardian covered sexual harassment at the gender justice organisation, Sonke, which was followed up by an opinion piece by two former Sonke staff in the City Press.

One of the authors was Tian Johnson.

“NGOs need to consider whether they have a duty to disclose that staff have been fired for sexual harassment to future employers in the sector, given the vulnerable groups with which they work,” Johnson wrote.

“There is an urgent, desperate need for a functional and conscious Sonke. A Sonke that uncovers the potential we have, as ‘men’, to love.”

“I am not sure what should happen next, but something has to”, Johnson urged. “The silence reveals how deep the race, class and power rot has set into civil society. Together we need to be urgently supporting the creation of safe spaces to rage, to hurt, to say it, to name it. To name ‘them’.”

“And we ignore survivors at our peril.”

“The silence reveals how deep the race, class and power rot has set into civil society”

Sonke responded to the allegations in an opinion piece for The Daily Maverick.

“Perhaps not surprisingly given that we’ve employed over 250 staff over the last 12 years, and that all of us have also been affected by the deeply patriarchal society in which we live and in which men’s violence against women is so pervasive, we have over the years also had to deal with sexual harassment perpetrated by our own staff”, a number of staff wrote.

Today, Johnson says: “All three pieces, outlined several ways in which civil society organisations – and that includes their boards, human resource departments and donors – could improve the way they deal with sexual harassment, including sexual harassment policies that are frequently reviewed.  How these bodies could improve the protection of whistleblowers, including the use of external and independent ombuds, prioritising survivor leadership in deciding how remedies are meted out, how justice is realised and how organisational and individual healing happens so we can continue with the urgent work towards a just society.”

They must also ensure that organisations pay for survivors to receive counselling, medical and other support, Johnson urges.

Perhaps the biggest challenge, Johnson said to me recently, remains changing the organisational culture that either creates a disclosure-friendly environment, with full leadership of the survivor or a culture that reinforces silence and fear: “We are and have been complicit in creating an environment that allows these incidents to remain ‘rumours’ and not formal complaints.”

One thing is sure: More of these cases will undoubtedly surface in the months and years to come. To think that this issue is one that solely the TAC or Sonke is facing is a mistake. The scourge of abuse of power, sexual violence and protection are pervasive and entrenched across the nongovernmental sector. Moving ahead, we need to continue to fight for justice for transparency, for strengthened leadership, for true zero tolerance and a world in which the survivor guides our responses.

It was a desire for such a world that allowed me to feel safe at the TAC 19 years ago. Despite the backlash from “civil” society scrambling to do damage control, it is the same desire that has and will continue to drive myself and other activists who have spoken out to keep the demands for justice and accountability alive, to be heard and acted upon.

Yvette Raphael is the programme manager for Advocates for the Prevention of HIV in Africa. Follow her on Twitter @RaphaelYvette.

Yvette is a co-founder and co-director of Advocacy for Prevention of HIV and AIDS (APHA) in South Africa.