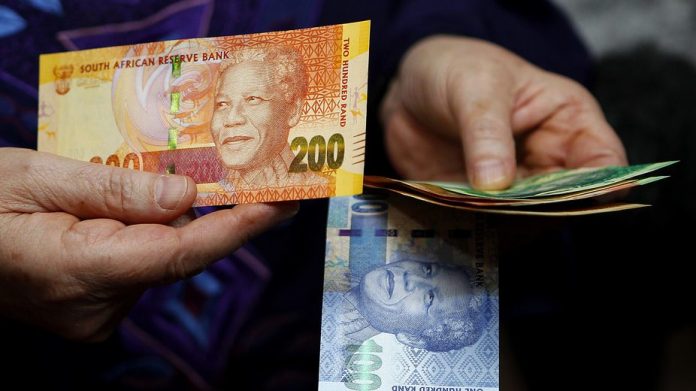 The National Health Insurance Bill was released on 8 August but a look at how well our mothers – and our finances – do in the public health sector does not bode well. Uncover the figures and the power structures that will shape the future of healthcare in South Africa.

South Africa usefully generates a fair amount of health information each year. While all the sources are not integrated, it is nevertheless possible to structure the information to provide a picture of the health system’s capabilities. Let’s consider two outcomes: First, maternal mortality, or the number of women per 100 000 live births who die as a result of childbirth, during pregnancy or within 42 days of delivery or termination of pregnancy each year.

And secondly, Auditor-General findings. Both measures are indicators that health facility managers aren’t able to manipulate.

They are also signs of how well a health system is managed.

Tackling challenges in implementing the NHI

Let’s start with maternal mortality. Here, the assumption is that poor outcomes at facilities are strongly suggestive of overall managerial capability, rather than just a weakness specific to maternal health services.

South Africa’s facility-based maternal mortality ratios at provincial and national levels are far higher than those that occur elsewhere for countries with similar or even lower levels of economic development, according to a World Health Organisation global analysis of maternal mortality between 1990 and 2015 as well as a 2008 report by the Development Bank of South Africa.

Chile, for instance, has an average maternal mortality ratio of 22 deaths for every 100 000 live births compared to 138 for South Africa. Even poorly performing countries such as Brazil — with a maternal mortality ratio of 44 deaths per 100 000 live births — perform better than our best province, the Western Cape. There, 77 women still each year will die for every 100 000 babies born alive, Health Systems Trust 2018 data shows us.

Our worst performers, the Free State and the Northern Cape, both have maternal mortality ratios above 200.

Let’s look at the 2016/17 financial year as detailed in the Auditor-General’s 2018 report. How well provinces did on their audits is broadly in line with their maternal mortality ratios: The Western Cape achieved an 83% result with the next nearest province Gauteng at a relatively paltry 52%.

No other province achieves more than 24%. Although these results are not health department-specific, they suggest that the management weaknesses are influenced by governance at the broader provincial level.

In its report, the Auditor-General, in fact, notes that urgent action is required to prevent a collapse of health services.

The causes of public sector governance failures have not been systematically researched. But institutionalised patronage networks based on — for instance — family relationships or quid pro quo and that operate through incumbent political parties represent the most reliable explanations based on the findings of the Public Protector’s 2016 report on state capture and 2013 research published in the Review of African Political Economy

When patronage is combined with centralised decision-making, the capture of strategic functions such as staff appointments, the issuing of licenses as well as procurement is potentially inevitable.

Evidence of the endemic corruption that has been reflected in almost every sphere of the public sector can be found in the high levels of irregular expenditure identified by the Auditor General as well as in the extensive moonlighting by critical public sector staff such as nurses uncovered by in a 2014 study published in the journal Global Health Action.

Quality, not coverage is the problem

South Africa has one of the lowest levels of out of pocket expenditure in both the developing and developed world, found 2016 research published in the journal Health Policy, which suggests that coverage — or universal healthcare coverage — is less of a problem than the quantity and sustainability of coverage.

Yet the rationale for National Health Insurance (NHI) appears to have been lifted from contexts where universal healthcare coverage strategies are needed to close gaps in coverage rather than address weaknesses in the institutional framework and governance.

But it is within the context of South ‘Africa’s health system weaknesses and reform imperatives that we must consider the adequacy of the proposed NHI as a means to improve the ‘system’s capabilities. Here’s how a four stack up:

1. The NHI may put too much power in the hands of a few

The governance model for the National Health Insurance Fund, which is intended — at least as stated — to procure all health services in South Africa, is effectively appointed and removed by one person: the minister of health.

The minister recommends board members, who are appointed by Cabinet. But the ministry has broad discretion to appoint acting board members and remove them.

While the National Health Insurance Fund gets to shortlist and nominate a candidate for the position of chief executive, the actions must be approved by the ministry of health, according to the draft Bill.

The National Health Insurance draft Bill also refers to an independent board. But ample scope exists for the ministry of health to influence the membership and tenure of the board and thereby the board’s decisions. This approach to governance leaves wide scope for extracting patronage through the person in the position of the ministry of health. Such practices have failed provincial health services and state-owned enterprises. No technical review has been performed to justify the governance approach. No justification is provided for why the ministry of health should have such powers of appointment and removal within a context where the experience demonstrates that it runs counter to the public interest.

2. Administration — it’s about more than paperwork

NHI proposals envision that the entire population of South Africa would need to actively choose a primary healthcare provider to be pre-funded by the National Health Insurance Fund on their behalf. So not only would the Fund need to administer 56-million enrollees who could technically not receive benefits without being enrolled, it must also manage their self-assignment to healthcare facilities.

This proposal is, therefore, a considerable undertaking for which no precedent exists in South Africa.

Secondly, it is proposed that financing to hospitals be activity-based, i.e. that hospitals be reimbursed for people’s care based on the estimated costs of certain categories of treatment. This means that the treatment a patient receives has to be matched with their information and validated so that the Fund could ensure that hospitals are only paid for what they provided. This would require universal public and private sector implementation of electronic patient records and associated business processes at a very high standard at all levels of care.

Currently, private sector hospitals are perceived to be of a higher standard than public hospitals. To prevent the excessive use of private facilities proposed to form part of the NHI network of providers, public sector hospitals would need to be governed, managed, staffed, and equipped to a similar level as private hospitals before the implementation of the overall system.

Only about 19% of public hospital beds achieved the Office of Health Standards ‘Compliance’s core standards by 2018. As of early this year, no strategy to upgrade the public hospital system has been evaluated or proposed.

The NHI proposals also put forth a central national determination of referral networks — or the ways in which people move between health facilities and doctors — with possible bypass fees.

As with a number of NHI proposals, the legal framework already exists to allow this with existing public services. It, has, however never been implemented due to the systemic unfairness that would exist if low-income communities were penalised for bypassing poorly performing public services in their area.

From my personal experience as the finance director of the Gauteng Department of Health from 1998 to 2000, it is worth noting that the Department of Health, up until early 2019, had not been able to establish an organised system of referrals in the public sector.

4. Who decides & how close do they sit to the problems that need fixing?

A key area arising in the NHI proposals is the assumed superior purchasing efficiencies that will be derived from the introduction of what’s called a “purchaser-provider split”. This approach distinguishes between the organisation that buys healthcare services, for instance, the National Health Insurance Fund, and that which provide services. Under the current system, the purchaser (government) also provides health services. For instance, a public hospital is part of the provincial government and ultimately falls under a single accounting officer in the form of a provincial head of department.

The shift to a purchaser-provider approach requires the full decentralisation of health services so that they can be contracted individually, together and with private sector services. It is also proposed that the National Health Insurance Fund will implement the sub-regional units responsible for contracting these services.

It is worth noting that this is quite different to national healthcare services in the United Kingdom or Canada, both of which have established fully decentralised and genuinely independent regional structures (trusts) that organise the services and purchasing for their areas.

The National Health Insurance Fund is proposed as a national structure in which no structural de-centralisation is envisioned. The Constitutional role of provincial health administrations in organising context-specific health strategies is not discussed or evaluated in the various official papers or in the draft NHI bill. No strategy to decentralise health service decision-making has to date been articulated, evaluated or initiated.

But perhaps the most concerning aspect of the National Health Insurance reforms, however, has been the obstruction of incremental reforms to both the public and private sectors. No legislative development of any substance has occurred from 2004 to the present day in either the public or private sectors. This, I wrote in a 2016 article in the journal Health Policy, included the halting and withdrawal of all structural reforms of the private health system that were in the process of implementation during 2008.

The reason? Apparently, there was an assumption that the complete NHI framework could be implemented in a single year between 2009 and 2010.

As a consequence, basic systems of governance have not been upgraded nor have resource allocation mechanisms been updated despite accumulating evidence of system weaknesses that are amenable to intervention.

The flawed governance frameworks that are exposed to patronage have been retained.

The above is based on a chapter by Alex van den Heever in a recent book from the Mapungubwe Institute for Strategic Reflection’s (MISTRA): “Epidemics and the Health of African Nations”. The book is available in stores or from [email protected] or [email protected]. This opinion piece was originally published on 7 August 2019.